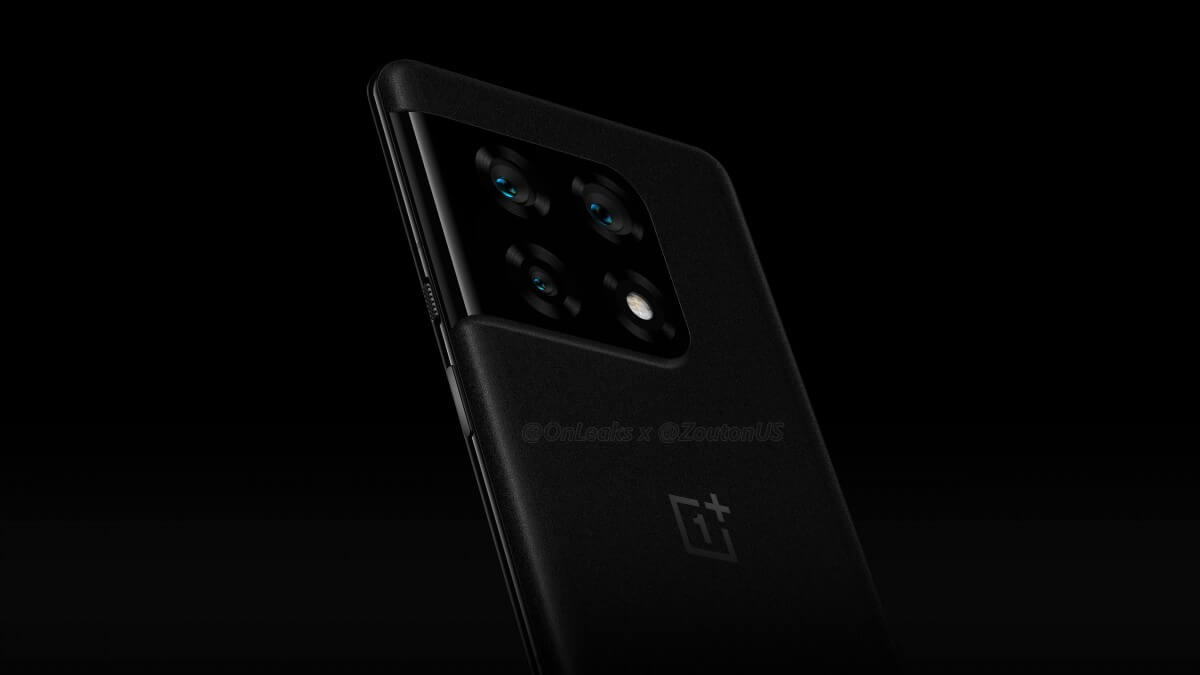 Another Day, Another Quirky Camera Island… This Time on OnePlus 10 Pro

One of the easiest design tweaks a phone manufacturer can make is to reshape… the rear camera. We’ve seen it happen with the iPhone and more recently, the Samsung Galaxy S22 Ultra. If you thought the rest of the industry would follow, you were wrong. OnePlus found a different way to approach the camera island on their OnePlus 10 Pro.

The P-shaped camera bump that caused quite a few gasps and was later replaced with a sleeker arrangement on the next Samsung flagship won’t transcend brands.

OnePlus, for one, isn’t about to copy the module; instead, they’ve come out with a new one for the OnePlus 10 Pro.

A flagship that’s going to launch in the first half of 2022, OnePlus 10 Pro will have three rear cameras and a flash bundled up in a square island that continues into the frame.

It will bare some resemblance to the Galaxy S21 camera module, although this particular one blends with the frame below the top of the phone instead of starting from there.

At the moment, we know the future flagship series from OnePlus will start from 8GB of RAM, reaching 12GB, and might feature a periscope camera on the back.

However, keep in mind: while the renders are apparently based on real pictures of a OnePlus 10 Pro prototype that doesn’t mean OnePlus can’t change their mind.

Another Day, Another Quirky Camera Island… This Time on OnePlus 10 Pro