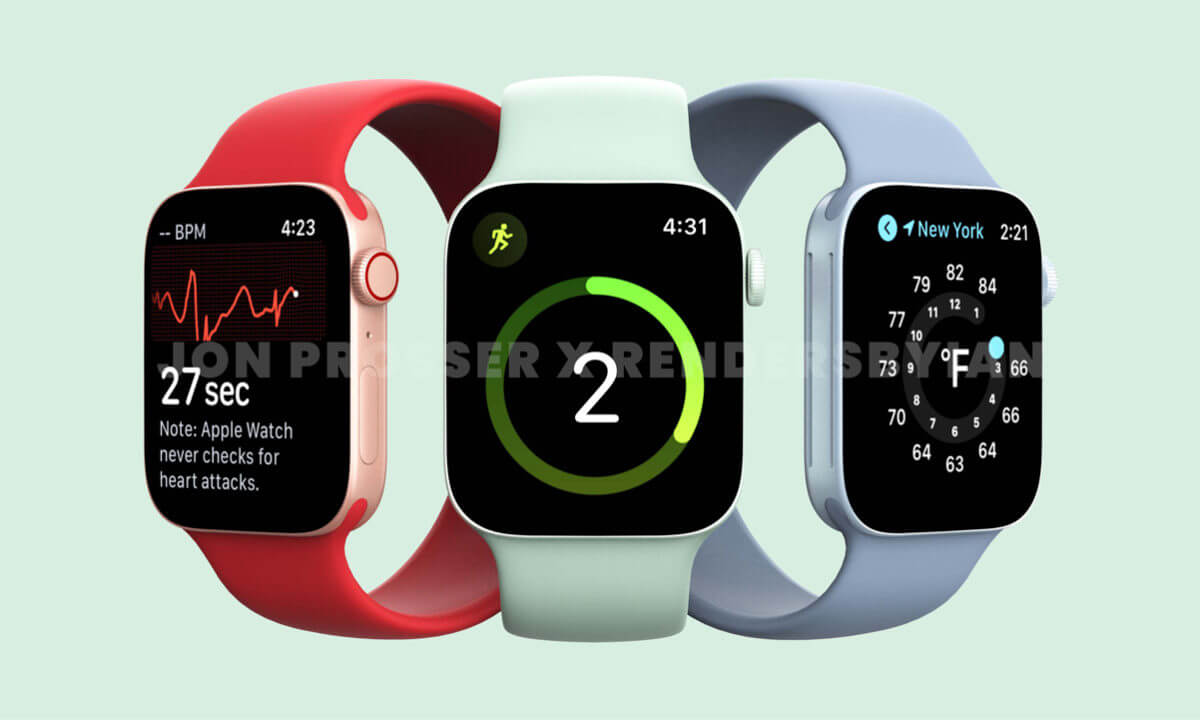 We’re days away from the 2021 Apple Event where the company is going to announce at least 3 products, including the new Apple Watch Series 7. If you’re as curious about the smartwatch as you are about the iPhone 13, then here is what we’re expecting to see, based on every rumor and leak of late.

The keyword this year will be flat. Apple continues its process of making their products flatter by bringing the same design language to their 2021 smartwatch.

Apple Watch Series 7 is expected with a flatter display and edges, finally revamping the design of their Series 4. While this is happening, Apple has also increased the size of the display and the case.

Series 7 will come in two variants, 41mm and 45mm respectively, the watches gaining 1mm since last year. The display itself will be a bit larger than what we’re used to. The larger model will go for 1.9-inches diagonally and a resolution of 396 x 484.

Both Series 7 watches will make sure the user feels the bigger real estate by making the borders thinner. f

It wouldn’t be a smartwatch without some snazzy watch faces, would it? Series 7 will come with some new models. Modular Max will, for example, show users the time, and have several small and larger complications that take advantage of the larger screens and look stacked on top of each other.

Another one will come in handy to frequent travelers or at least those working with teams all around the globe, as it will show all 24 time zones simultaneously.

There will also be one focused on the passing of time, changing based on the flow and current hour.

Of course, Apple will bring out luxury smartwatches, the ones made in collaboration with Hermes and Nike.

As far as specs go, not much is known. What is known however, is pretty disappointing. Apparently, Apple Watch Series 7 will not feature any new health sensor.

On the bright side, it’s said to be powered by a faster processor.

We were just talking about Apple’s difficulty to produce these watches for the masses, due to display issues. Well, it seems the company overcame those and has starting mass manufacturing.

Does this mean Apple Watch Series 7 will go on sale soon after September 14? The odds are not in their favor, but hopefully you won’t have to wait too long to get one on your wrist.