Apple Healthcare Powered By Apple Watch - Is This the Future? 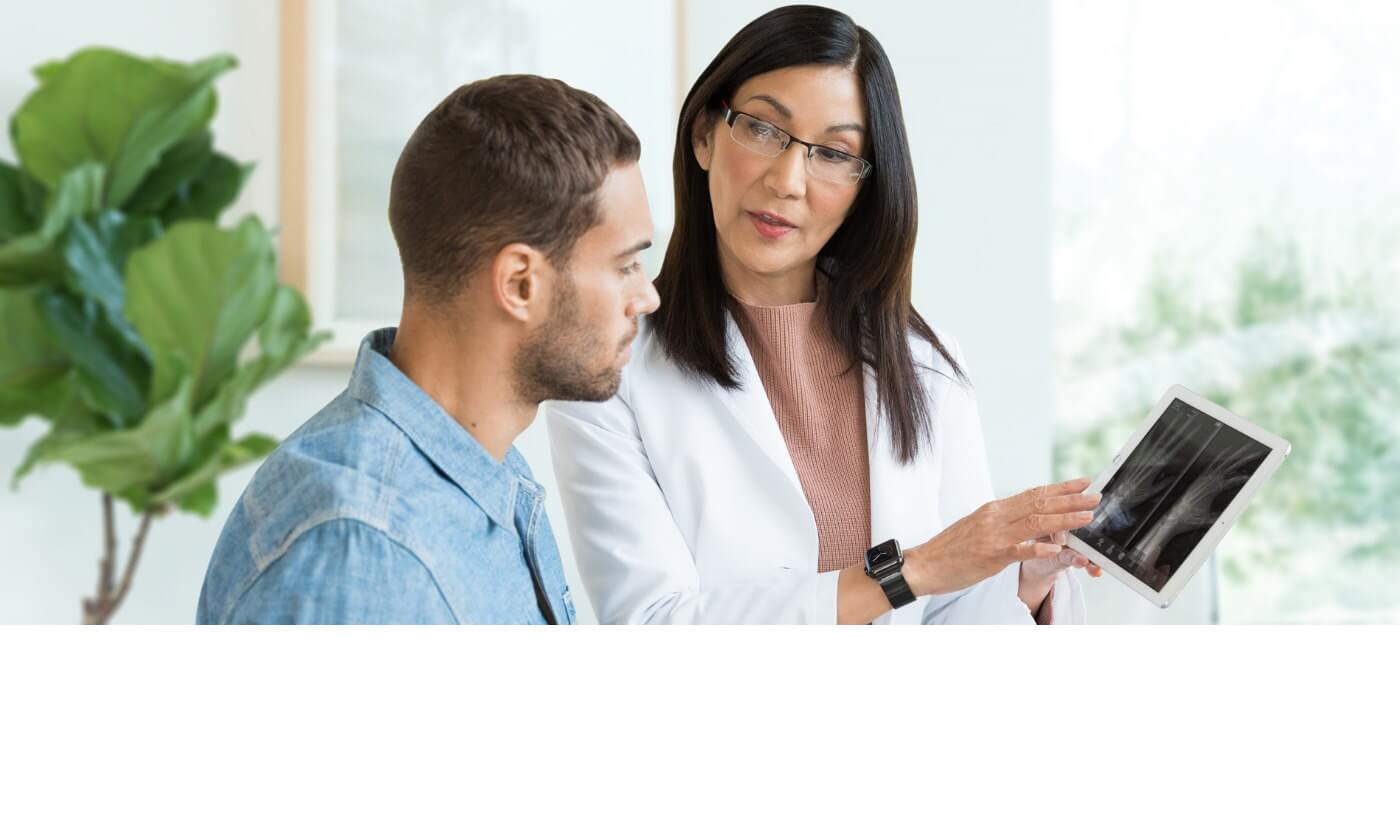 Healthcare is a multi-trillion industry and, under CEO Tim Cook, Apple increased its investments eight-fold, spending up to $20 billion yearly to disrupt healthcare and position itself as a leader. Thought the Apple Watch is a life-saver? So does Apple and you’ll be surprised to find out how it will help the company survive and thrive.

Is Apple Getting into Healthcare?

It might not be an obvious move for the brand, but Apple’s decision to move into healthcare makes a lot of sense if you look at the competition.

Google dominates the self-driving car sector, Amazon’s Web Services power half the internet and cornered the smart home market, so Apple identified a niche that ties in nicely with its existing products – namely, the Apple Watch.

As part of its strategy, in 2019, Apple partnered with insurers like Aetna and UnitedHealthcare to offer subsidized Apple Watches to those users who want to build up healthier habits.

It’s a win-win situation for all parties involved: users get the desired Apple Watch cheaper, Apple hits its shipment goals and hopefully, further down the line, insurers have to do fewer payouts since users are overall healthier and more active.

“We are taking what has been with the institution and empowering the individual to manage their health. And we’re just at the front end of this,” said CEO Tim Cook a few years back.

Ever since the first generation, the Apple Watch has pushed the limits of what smartwatches could do for users’ health.

Beyond offering regular features like step counters and GPS, the first Apple Watch had a built-in heart rate sensor. The fourth generation added an FDA-cleared feature to take ECGs (electrocardiograms), the first over-the-counter device to do so. It also had fall detection, so elders could wear it and the watch could automatically dial an emergency number in case of a fall. The 6th gen Apple Watch unveiled in 2020 added a blood oxygen app, a timely update in the COVID-19 crisis.

Finally, the 8th-gen Apple Watch is rumored to include multiple exciting trackers. Blood-pressure tracking is an expected feature but some reports claim that the Apple Watch 8 will also have a glucose tracker and an alcohol level tracker, so it might function as a wearable breathalyzer.

Take a look at the most impressive Apple Watch use cases:

If you read between the lines of these reports, you can get a hint of Apple’s consumer strategy and beyond.

For a list of the best current smartwatches for medical professionals see superwatches.com

What Is Apple Doing in Healthcare?

According to CNBC, the US healthcare sector could be worth as much as $3.5 trillion but other outlets put that number much higher, so Apple’s investments might look massive but they are simply matching this market – and they’re going beyond the Apple Watch.

A report earlier this year revealed that Apple wanted to open medical centers and even employ doctors, in order to offer Apple users a subscription for in-person care services – but this isn’t going so great.

Some employees have raised questions internally about the integrity of health data coming from the company’s clinics that has been used to support product development,” claims a new WSJ report about how Apple is trying, and sometimes failing to push into healthcare.

An Apple spokesperson refuted this report, claiming it was built on “inaccurate information”. However, if you look at the initiatives beyond the Apple Watch, it does look like Apple is struggling to penetrate this market.

Starting with 2016, Apple reportedly acquired a health center near Apple Park and hired Dr. Sumbul Desai from Stanford University to lead a project that resulted in the HealthHabit app. Tested on Apple employees, this app would gather and analyze data from Apple Watch users, then connect those users to clinicians. Its early 2021 launch failed to make a splash, with some users dreaming of more features.

Considering the challenges of breaking into, let alone disrupting a heavily regulated industry like healthcare, Apple has to move slowly.

“Apps on iPhone and iPad allow patients to learn more about their conditions or treatment, doctors to view lab results and radiology images, and nurses to send and receive secure communication or to help ensure patient safety when administering medications,” says Apple, emphasizing the hardware capabilities of its devices.

In its marketing push, Apple says that its devices could be used in clinical care, nursing care, care at home, medical research, and patient experience.

For consumers, the benefits are easy to see: convenient access to most of their medical data and a way to send that valuable data to clinicians.

For healthcare workers and researchers, Apple has two major initiatives designed to bring more users into its ecosystem.

This is an open-source software framework where doctors can create treatment plans and track patient progress, see charts of trends over time and connect with their patients.

An app built on CareKit is used by Stanford Children’s Health to monitor infants with heart defects and help parents monitor medication.

Another app from Sharp offers aid in pre-surgical preparation and post-surgical recovery of cataract sufferers.

Researchers can use those sensors to measure motor skills, fitness levels, cognition quality, and more. Being a B2B application (business-to-business), it’s hard to know how many researchers are actually using the ResearchKit but Apple mentions some big partners.

But what about doctors? How do they feel about Apple healthcare? Outside of choice researchers and tech enthusiasts, most doctors are familiar with Apple’s healthcare ecosystem just through the Apple Watch – either they’re using it or meeting with patients who own one.

Apple Watch for Doctors: Are They Using This Data?

And, unfortunately, doctors are slow to hop on this trend.

The reports showcasing Apple Watch’s life-saving capabilities are impressive but only to laypeople.

Doctors are still reluctant to use it as a tool for better patient outcomes, so Apple has a lot of work ahead to accelerate adoption, mainly on two fronts.

One reason is the extra workload it can generate for doctors.

“While some are bullish on their potential, others say that it’s highly cumbersome for them to analyze this patient-generated information, and they don’t currently get paid for the extra work. Many are simply refusing to look at data from wearable devices,” says a CNBC report about Apple’s healthcare initiatives.

One quoted source said that his doctor refused to analyze the data he brought in, namely food intake, exercise, and weight progress, claiming they were already overwhelmed by a multitude of information sources.

Indeed, since a primary care physician has access to bloodwork, patient sheets, and more, it’s hard for them to see the need to add more information, particularly that captured by a wearable.

According to another report, many doctors were worried “that they’d get more calls from worried patients who had a device like an Apple Watch.”

Still, perhaps the biggest reason why you can’t just waltz in your doctor’s office with your Apple Watch is that the technology is not there yet.

Apple Watch: As a medical device, the tech simply isn’t there yet.

Apple Watch is a consumer wearable, not a medical device. With every update, the Apple Watch becomes closer to the “medical device” classification but we aren’t there just yet.

Keep in mind that Apple Watch is FDA-cleared, not FDA-approved. This is a fine distinction that marketing departments want to ignore when promoting products but one which has tremendous implications.

Medical devices are categorized into three classes: Class I, Class II, and Class III. To legally market a Class III medical device, the product has to enter a rigorous review and approval process, after which it can claim it was “Approved by the FDA”.

The FDA does not give approval for Class I or Class II devices, it merely gives clearance, so you’ll see it marketed as “Cleared by the FDA”. As a wearable device, the Apple Watch falls into the Class II category, so it cannot be approved by the FDA.

“Class I and Class II products are lower-risk products, a classic Class I example is something like a tongue depressor — and it’s much easier to get clearance than approval,” explained one professional in a The Verge report on this topic.

Specifically, for the Apple Watch EKG function, the FDA letter mentioned that the app is “not intended to replace traditional methods of diagnosis or treatment.”

While it can gather extra information to show to your doctor, it won’t replace that doctor or their diagnosis.

So, what’s next for Apple in healthcare?

Apple started with luxury wearables offering basic health insights, tried to turn iPhones into a medical device but ultimately, they want to access a larger market.

According to this comprehensive CBInsights report, Apple wants to be in the hands of more people, not just high-income users.

“Apple can use healthcare as a means to distribute its products into the hands of demographics that it has traditionally had a tough time penetrating: the low-income and elderly populations. Considering these groups are disproportionately more likely to be sick, Apple can position itself as a tool to improve outcomes and distribute via family members or insurance carriers.”

Since the company doesn’t want to dilute its own brand by offering budget iPhones, it has to find a way to reach a wider audience – and medical applications is the path it chose.