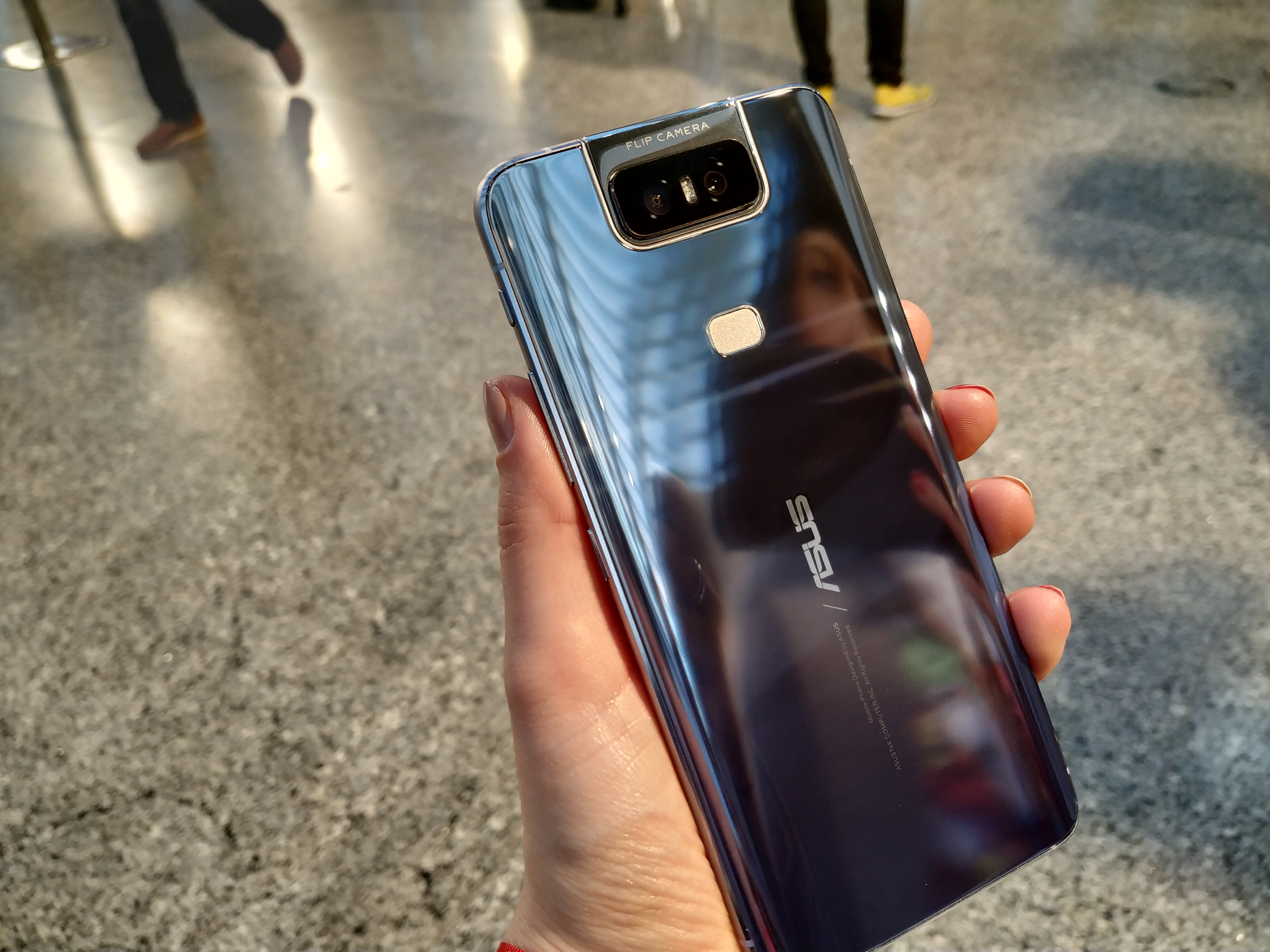 Asus ended its Zenfone 6 keynote just a short while ago, fading away in a murmur of curiosity that took over one of Valencia’s Ciudad de las Artes y las Ciencias buildings.

It’s now clear to me why Asus chose this architecturally impressive venue to introduce its latest flagship – it feels like the future.

No, it defies the ordinary.

The screen on stage filled with black and then, a simple countdown took the place of the Asus logo and, following the echo of thunderous applause, Asus chairman Jonney Shih took the stage.

“Valencia conveys strength and determination” he begun his speech “which perfectly resonates with our brand promise. […] Zenfone 6 is the ultimate illustration of our passion and persistence for innovation and technology.”

Shih spoke confidently, pressing on every word and then introduced to the stage our main keynote speaker, Marcel Campos, who teased bits and bobs about the phone, still unwilling to make the big reveals just yet.

Next to Campos on the stage, Vice President of Marketing for Qualcomm Jussi Nevalinna told us about how much the Snapdragon 855 chipset has improved and how much it has contributed to making the Zenfone 6 into what it is today.

He did have a point when he said that we experience life and the world around us through our smartphones – let’s face it, most of our lives have moved into these handheld devices.

Because they are such a constant presence in our lives, the experience we have with our devices should also be a high-quality one.

“The Snapdragon 855 is the most powerful processor we ever made so I can guarantee you it delivers the best performance.” He said.

To begin with, it consumes 30% less than the previous models and, in addition to that, it allowed the Zenfone 6 to deliver 4K video capture.

Nevalinna offered the example of a sunset: more often than not, what we see and what we photograph when looking at a sunset, doesn’t quite match up – the cameras don’t really support all the colors we can perceive with the naked eye.

Speaking about video recording, here sound matters. A lot. So, I wasn’t surprised at all when I found out that Asus Zenfone 6 comes with DTS:X Ultra for an immersive experience that is more and more becoming a requirement, not an additional perk in phones.

Of course, the users will also notice that closing and opening apps, swiping and so forth will also feel very different than before. According to Qualcomm, the Snapdragon 855 has the largest performance gain ever and is 45% faster than its predecessor.

Campos took to the stage again and delivered the first surprise of the day: the phone wanted to deliver something that the users were very interested in – longer battery life.

So Asus focused on endurance and decided that a 5,000mAh battery will be the best bet. No one complained – Campos was showered with positive reactions from the audience.

With this battery, the phone is capable of 2 days of non stop use and 26 days in 5G standby.

In spite of the large battery, the phone is slim, almost bezeless and completely notchless.

Yes, you read that right.

The phone features a dual camera setup on the back, a 48MP main sensor and a 13MP secondary, who arrive alongside laser focus and a dual LED flash.

Asus combined the main sensor and the ultra wide into one frame – they take photos at the same time, from different angles.

Because the camera has so many pixels available, the users can take a photo from afar and zoom in without losing any detail. Campos used a photo of his daughter as an example, stating that the portrait had actually been taken from a distance and subsequently showed the original photo on screen as well.

He also added that the new HDR enhanced mode adds detail and color and the photos taken at night or in low light mode now feature no noise and still deliver amazing results even when zoomed in.

You dont have to compromise the quality anymore.

All is well but “where is the front camera?”, everyone was wondering.

“You like it, right? No notch” Campos said, grinning slyly and allowing a tense moment of silence. Then, he took the phone out of his pocket and said “Take a selfie.”

That was when a few voices from the audience gasped from somewhere behind me and the hall erupted in applause, as the back cameras flipped around towards the front.

Yes guys, you can now take selfies with a 48MP + 13MP camera combo.

The camera housing features cables that Asus has developed from scratch and a new motor with 13 gears. It moves elegantly – accelerates when turned on and slows down as it inches closer to its peak.

The camera is so flexible it can bend at 90 degrees – it’s more convenient and definitely more stable and eliminates the need for a tripod.

The camera housing is made out of liquid metal, which causes the force of impact to just bounce off it, making it, according to Asus, 4x stronger than titanium steel.

And, in a move that might seem familiar thanks to the recently released OnePlus 7 Pro, an embedded sensor recognizes when the phone is falling and causes the camera to retreat back into its housing.

In addition to that, it can withstand 100,000 flips, which amounts to 28 selfies per day, for 5 years, just in case you needed the exact numbers.

To further stress its durability, Campos showed a video of his son (“I brought my entire family here“, he joked) trying to open and close the camera.

His son pulled at it and used a screwdriver on it, coins and paper clips in addition to something that looked like solid glue, all of it much to the audience’s complete delight. The camera stood up to the test and became Pedro Campos approved!

All in all, “It is built for power users” Campos said. “The Zenfone 6 talks to the heart of a techie like me.”

Judging by the applause that followed, it spoke to everyone else’s hearts, too.