Black Shark 2 Pro European Launch Is on October 9, Here's How to Fish Some Great Discounts

Black Shark 2 Pro, the powerful (and rugged)  gaming smartphone that doubles as a console, is finally reaching European shores on October 9, after making a splash in China.

The flagship gaming smartphone is also the first smartphone with a 240Hz touch report rate for the “synchronized action of ten fingers”, the phone with the lowest latency screen touch (just 34.7 ms) and “the 1st and only direct touch multilayer liquid cooling system in the world”, as its makers brag.

Of course, as it features the Snapdragon 855 flagship processor from Qualcomm, the flagship IMX 586 camera sensor from Sony and pairs 8 GB or 12 GB of RAM with 128 GB or 256 GB of storage, it’s not going to be cheap.

While the press release for the official launch said price was to be soon disclosed, Black Shark does promise a special Open Sale Launch Event and a host of other goodies, including headphones for half price.

Additionally, all subscribers will receive 50% off coupons for Black Shark Gaming Earphones between September 30th and October 9th.”

Of course, part of the hype of the Black Shark 2 and it’s Pro upgrade is the Portable Gaming Kit, a €89,90 epic-looking controller which turns it into a game console ready to connect to your TV. 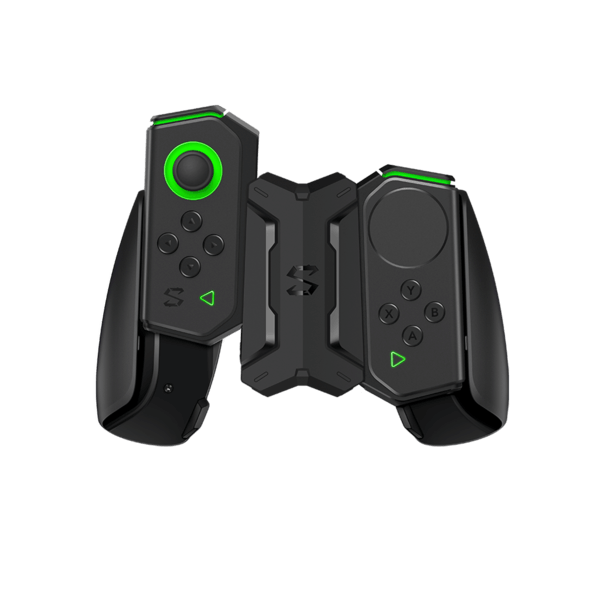 While the accessories are not guaranteed to float at the same price level, it’s safe to assume the Black Shark Pro 2 kit won’t be much more expensive.