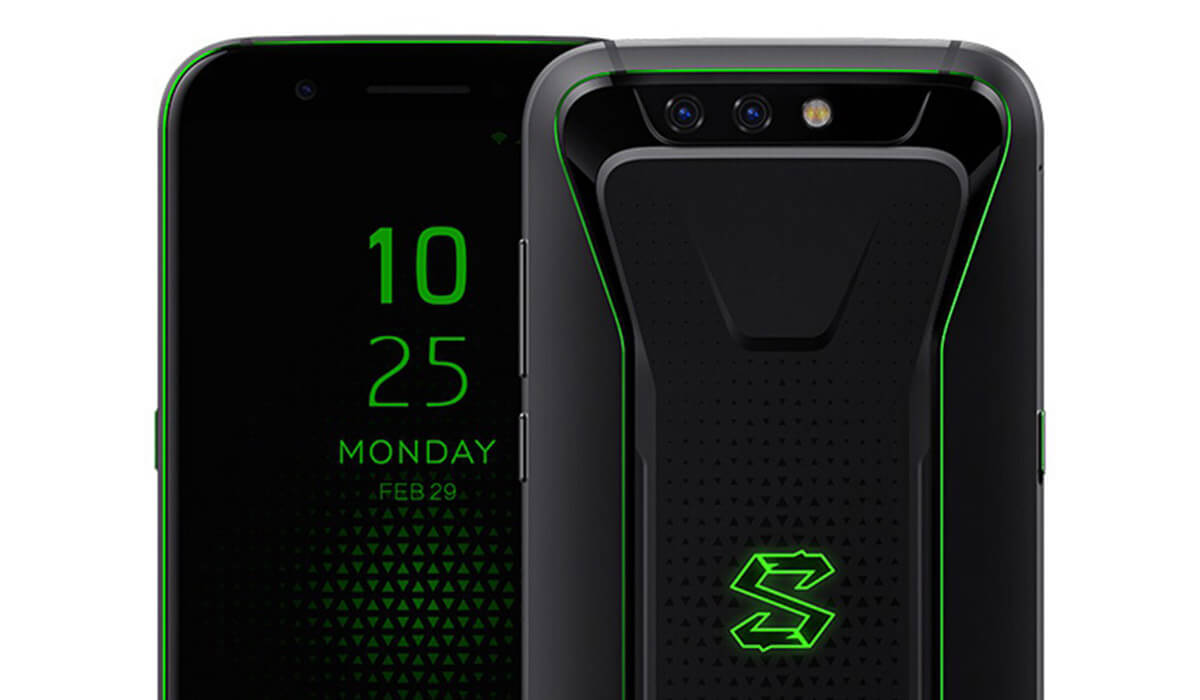 Black Shark 2, the sequel to last year’s high-powered gaming smartphone, is now up for grabs and surprising E3 2019 attendees with its specs and looks.

A Snapdragon 855-powered device with up to 12 GB of RAM, the Black Shark 2’s makers promise “the best DPS ever” and a revolutionary cooling system to make this smartphone the equivalent of a gaming PC in your pocket.

With a so-called “Mille-Feuille Full Area Liquid Cooling System,” the Black Shark 2 features the “first and unique direct touch multilayer liquid cooling system with full coverage,” which can reduce core temperature by up to 14°C for longer gaming sessions.

For E3 2019, the gaming smartphone secured itself a trio of partnerships that will really draw gamer attention.

It has joined forces with Gameloft for the first edition of the Asphalt eSports series and promises to kick Asphalt 9:Legends truly into gear.

For those passionate about augmented reality games, Black Shark can also function as a controller for the Nreal Light, the first pair of foldable mixed reality sunglasses (and probably the comfiest!).

“Through this partnership, the next generation gaming experience has finally arrived by introducing a gaming environment that puts you in the middle of the game,” said Chi Xu, nreal’s CEO.

Considering the fact that the Nreal Light MR glasses weigh just 88 grams and also manage to offer DTS audio technology in that tiny form factor, it’s hard not to get excited by their potential, especially paired with the Black Shark’s 2 incredible specs list.

And, because E3 2019 is the biggest gaming event of the year, Black Shark’s makers also partnered with Tencent to raise their profile in the West.

Seeing how Tencent is one of the biggest Chinese companies and also the owner of League of Legends, arguably one of the biggest games in the world, it seems that the Black Shark 2 is pretty well equipped to navigate the exciting waters of E3 2019.