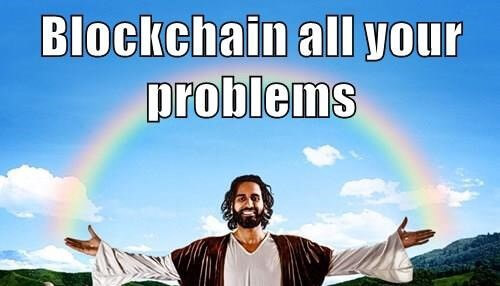 While Scotland just opened a rehab for crypto-trading addicts, the former CEO of Augur, a blockchain darling, said “HODL my beer” and started his own religion. Yes, it’s a religion based on the blockchain.

Called “0xΩ”, the blockchain-based religion started in New York with hard copies of “flame papers”, something that’s probably a cross between a Bible and a whitepaper.

It’s hard to believe just how much of 0xΩ is trolling and how much it could represent the beginning of a serious cult; after all, L.Ron Hubbard’s SciFi books started Scientology, didn’t they?!

As artist Avery Singer created a “Dogewhal” statuette for the 0xΩ launch party and called the founder a “Cryptsiah” and “Cryptophet”, the lines are getting pretty blurry.

“It’s a religious framework that could allow for belief sets to update much more quickly and also to democratize the relationship between membership and convergence on what everyone believes in this religion,” said former Augur CEO and 0xΩ founder Matt Liston in a glorious Forbes piece that also details other blockchain religion-based projects.