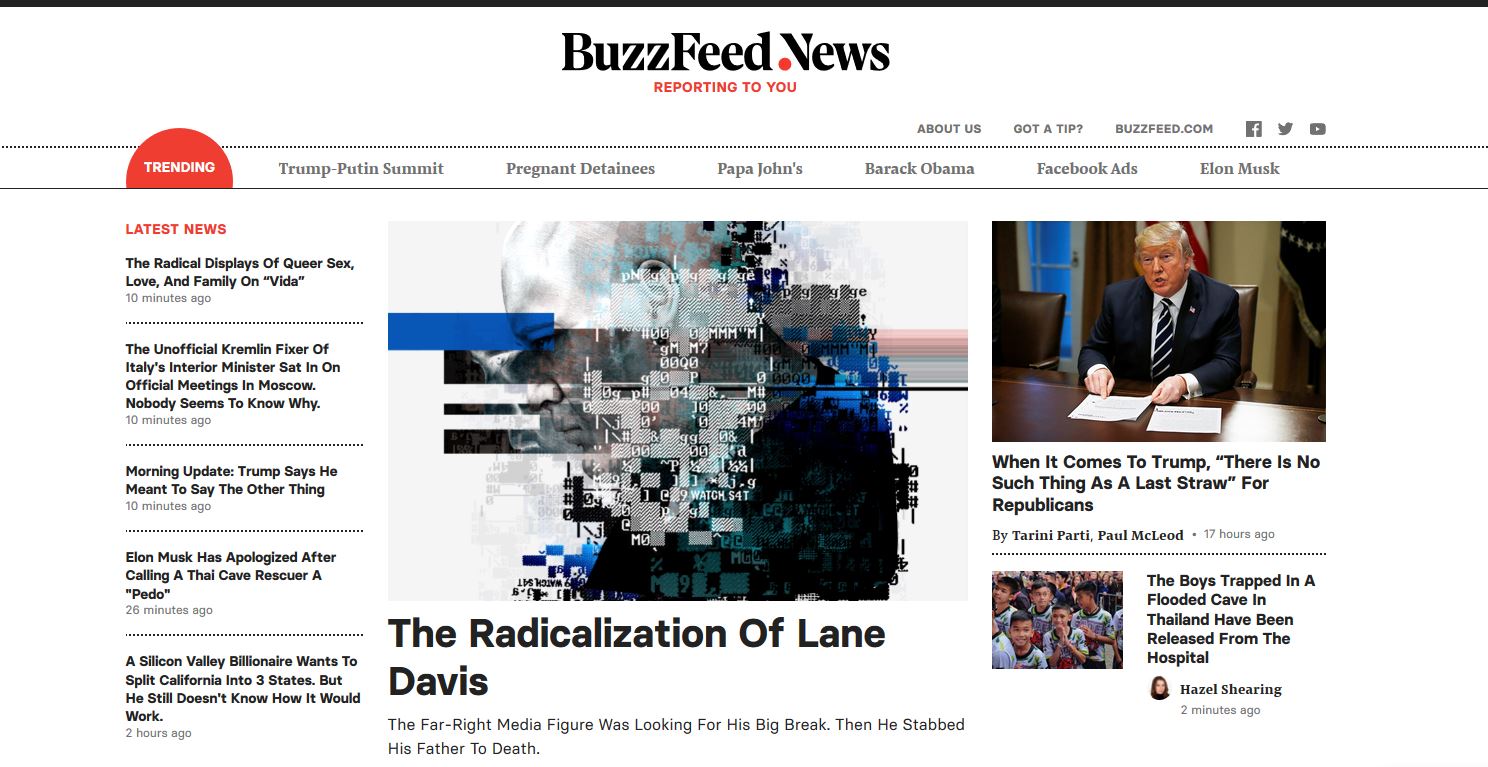 The world definitely has enough fake news but does it have enough BuzzFeed News?

The publishing giant BuzzFeed, known for impressive amounts of gifs and funny articles, has decided to focus on actual journalism and launched Buzzfeed News.

BuzzFeed has published a lot of hard-hitting stories and has quite a lot of journalistic clout – one of their stories actually made it in the finals for a Pulitzer Prize in 2018. There was also that time when they made Jordan Peele become Obama in order to educate people about fake videos.

However, its large reader base was still mostly unaware of the quality content on the side, so Buzzfeed felt the need to launch a new website. However, don’t expect to see only highbrow content, as one editor highlighted the fact that the new site is a “general interest news organization.”

On the front page, alongside pieces focusing on political and cultural issues, you’ll also find fun stuff like the latest adventures of Harry Styles or photos from popular tourist destinations.