California Town That Burned To The Ground Is Now Rebuilding, With High-Tech Solutions 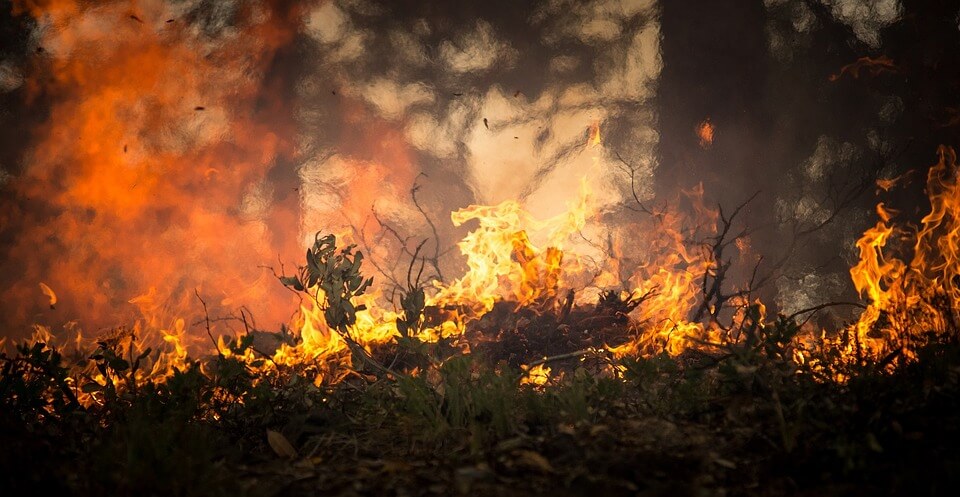 Natural disasters are difficult to get back up from, that goes without saying and such was the case with the fire that crossed Sierra Nevada back in the fall of 2018.

It was caused by some malfunctioning PG&E (Pacific Gas and Electric) lines that sparked a fire and it was dubbed the most destructive fire in Californian history, which destroyed 19,000 structures and killed 85 people. The company is being held responsible not only for the city of Paradise fire but for 17 out of the 21 major fires that took place in Northern California.

The city of Paradise was hit hard: from 26,000 people who used to live there, now only 3,000 have remained and they have started to rebuild but rebuilding does not guarantee things will be alright in the future, not when climate change threatens with new future fires.

Paradise also happens to rest on the edge of the Plumas National Forest, a place that is rated by the California fire agency as a “very high fire hazard severity zone”. So, how can an entire town mitigate the fire risk?

To begin with, PG&E, who ended up bankrupt following the liabilities it had to pay for after the fire, has already agreed to bury its electricity lines underground alongside the communication lines from other companies.

Paradise is also trying to create a more flexible health care system in the aftermath of the fires but that is still up for debate as most of the physicians in the city have left after losing both their workplace and their homes.

However, after the fire, the doctors that worked out of the Chico Enloe Medical Center and clinics and with the reopening of the Paradise Medical Group Clinic made use of PMG Connect – a virtual care platform that allows the patients to connect with their doctors online and via mobile apps.

The physicians of Paradise are now experimenting ways they can interact with their patients remotely and, since the main hospital is closed, the people living there only have access to primary care, which means that the doctors rely on remote outside specialists.

However dire the situation, CEO of the California Medical Association Dustin Corcoran said that the rebuild might actually offer Paradise the opportunity to become the “most technologically advanced, the most forward-facing medical group in the entire state of California.”

The medical group has a foundation to build on: its technology manager managed to save the hard drives that contained earlier patient history from a basement before the local clinic completely burned down to the ground. The cloud-based EHR system also holds the last three years of patient’s records.

Other things the city is investing in is the emergency notification systems and evacuation routes: before the fire, just a few residents signed up for emergency phone alerts and even fewer actually received them. The evacuation process too, was slowed down by traffic jams caused by the limited number of routes out of town: what usually was a 20 minute drive turned into four hours on that day.

Of course, the building codes and standards will also have to be updated: they will receive fire-resistant materials for the roofs, tempered glass windows that can withstand high temperatures and vents that prevent embers from getting inside the houses.

The new building regulations will make sure that plants, trees and wood piles will be placed far away from the structures so as not to allow the fire to latch onto them and continue spreading.

Last but not least, California Gov.-elect Gavin Newsom has a high-tech plan on how to fight wildfires: it includes setting up 600 warning fire cameras by 2022 across the territory.

These cameras have proven their worth before but there’s less than 80 of them statewide and they are part of the AlertWildfire.org website that features live video, time lapses and pan-tilt zoom function cameras that fire managers can control.

They don’t work as an early detection system though and still rely on humans to spot the smoke.

“My estimate is that it will reduce the damages by tenfold,” former California Gov. Gray Davis said. “It will dramatically reduce the lives lost and damage cost caused by these fires.”

At the moment, only 171 of these cameras have been installed in remote areas around the state and the plan is to have 100 more installed by the time this year is done.