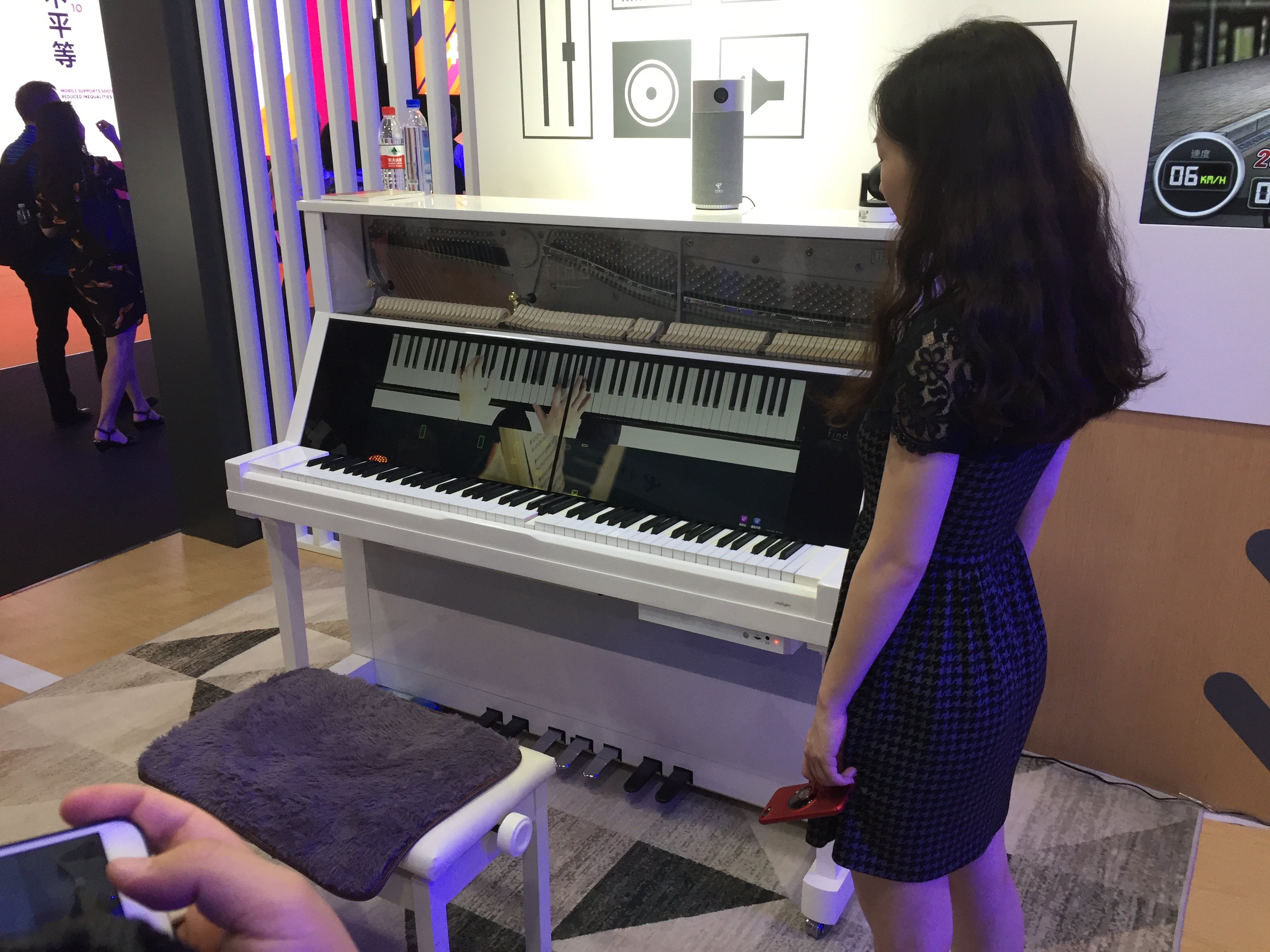 Hidden in the back corner of China Telecom’s massive show floor at Mobile World Congress Shanghai was a clean and sleek white piano. On first glance, it appeared like an old-timey self-playing piano. Yet, on closer inspection, the piano looks closer to both a revolutionary teaching and performance musical tool. #mwcs18 #ttllive

The piano itself was far from standard; the only thing standard was the keyboard with either 76 or 88 keys. One of the most notable changes was the window showing the strings and piano hammers. Instead of laying flat behind the keyboard, the strings and hammers were visible above, fully responsive and reactive to keyboard presses.

However, this change seemed more aesthetic than anything. The major change to the function of the piano was the full-width screen replacing the typical cover or attached music stand. From the demos we saw, the screen was controlled through certain keystrokes and had several different modes and functions.

✍The Cult Phone of Tomorrow? Vivo Nex, Great on Paper, Amazing in the Flesh✍

First, the piano offered a more traditional playing experience. The screen could display the score, highlighting the notes played as you move through a piece. Additionally, if you’re practicing memorizing a piece, you can set the screen to show a concert hall or another musician instead of the score. This way, you practice both memorizing the piece and experiencing the feeling of playing a concert or a duet.

In this mode, the keyboard can play by itself. A pianist can also play the piano in this mode and be scored by their performance. Reactions like “Perfect!” appear on the screen as you play the proper keys and a score is accumulated throughout. Reminiscent of games like Guitar Hero and Tap Tap Revenge, this mode could be especially useful for early learners and experienced pianists alike.

While we don’t know the release date and price, the piano drew a consistent crowd. Surely, it will have a large and eager consumer base if it ever releases!