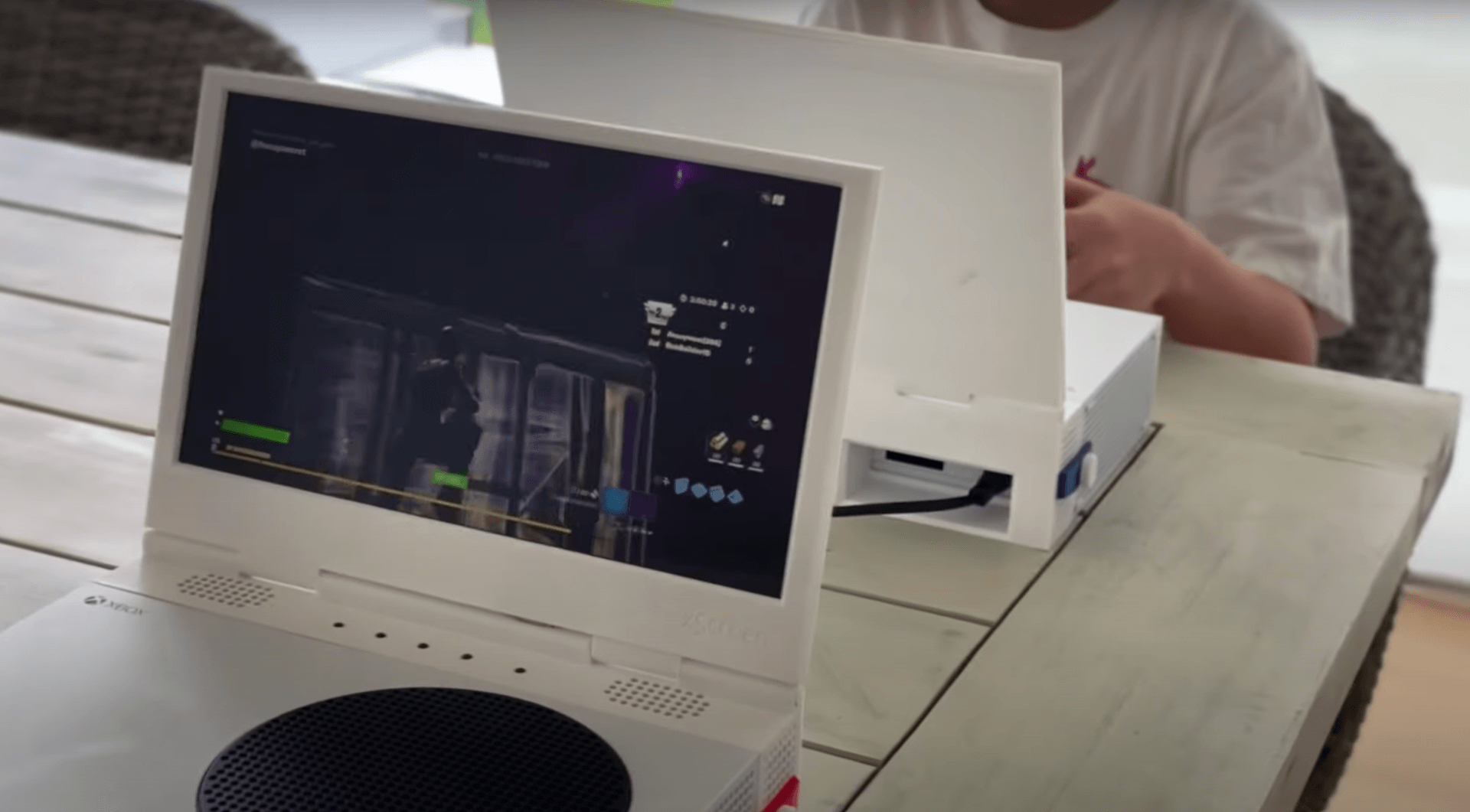 It’s not always that gaming-related Kickstarters get funded as quickly as xScreen. But not only did they reach their Kickstarter goal, the company did so in 20 minutes!

How? Well, their product makes gaming with the Xbox Series S portable!

xScreen is an attachable screen for the Xbox Series S. The screen is 11.6” 1080p with a 60hz fresh rate, perfect for most games on the system.

The screen works by attaching to the HDMI and USB cables on the back. The only cord needed is the power cord for the system, with xScreen operating via pass-through power. The attachment is secured through two latches on the side.

Once attached, the screen can also fold over the top of the Series S, making it extremely convenient.

Accessories are also on the way, including different colored latches, stand feet to secure the Series S vertically and add viewing height, and a storing case for the system and xScreen.

Rewards for backing started at an AU$ 1 pledge and go up to the Super Kickstarter Special at AU$ 289. The pledge tiers provide a discount to the estimated retail price for the xScreen as well as Kickstarter exclusive green latches.

Based on their timeline, xScreens will being production and shipping in December, with the hopeful arrival in January or February 2022.