Disney+ Debuts with All Star Wars Movies in 4K, Crashes Due to Popularity

Today is the big day for Disney, as the company enters the streaming arena with its own service, the Disney+.

Today was the launch of Disney+ in the United States and Canada, with Australia and New Zealand to follow on November 19th.

However, European Star Wars fans have quite the wait ahead.

Disney wants to expand the service to countries like the UK, Germany, Italy, France and Spain on March 31st, 2020 and, as stated on Twitter, its content offerings will vary based on region.

Just announced: #DisneyPlus will be available in the United Kingdom, Germany, France, Italy, Spain (and more to be announced soon) starting on March 31st. Please note: Titles may vary by territory. pic.twitter.com/lE6nzBeaXy

Even though everyone waited for months to see a Netflix-like service with Disney, Marvel, National Geographic and Star Wars content streaming, the big surprise today was for Star Wars fans.

All of the movies in the series, including the original trilogy, have been remastered in 4K and feature Dolby Vision and Atmos support.

At this moment, this is the only place where you can see Star Wars in 4K, though rumors have floated for a long time about a possible 2020 release of a 4K box set.

This is probably a major reason why, across the US, a lot of users tried to connect to Disney+ only to be met with a screen of Ralph and Vanellope from Wreck-It Ralph and Wreck-It Ralph 2: Ralph Breaks the Internet humorously showing an “unable to connect” error. 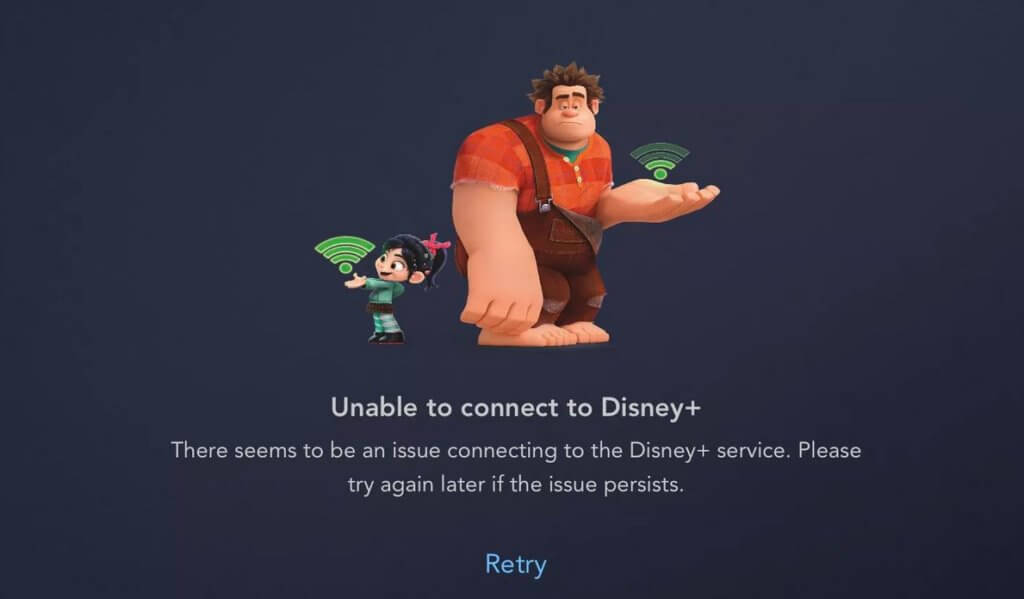 Of course, the eastern coast customers waking up and logging into the free 7-day trial certainly didn’t help matters.

For those who haven’t looked at pricing yet, Disney+ is currently available in two subscription options.

The basic price is $6,99 per month or $69,99 for a yearly subscription. Disney+ is also available in a bundle with ESPN+ and Hulu (the ads-supported one) for $12,99. There is also a Verizon promo where you can snag a free year.

Each account supports up to seven profiles with dedicated watchlists.

You can access the service on a host of devices, from Amazon Fire TV and tablets to Apple TV, Chromecast, desktop browsers, smartphones and games consoles like PS4 and Xbox One.