Domino's Will Deliver Your Pizza Via Autonomous Vehicles 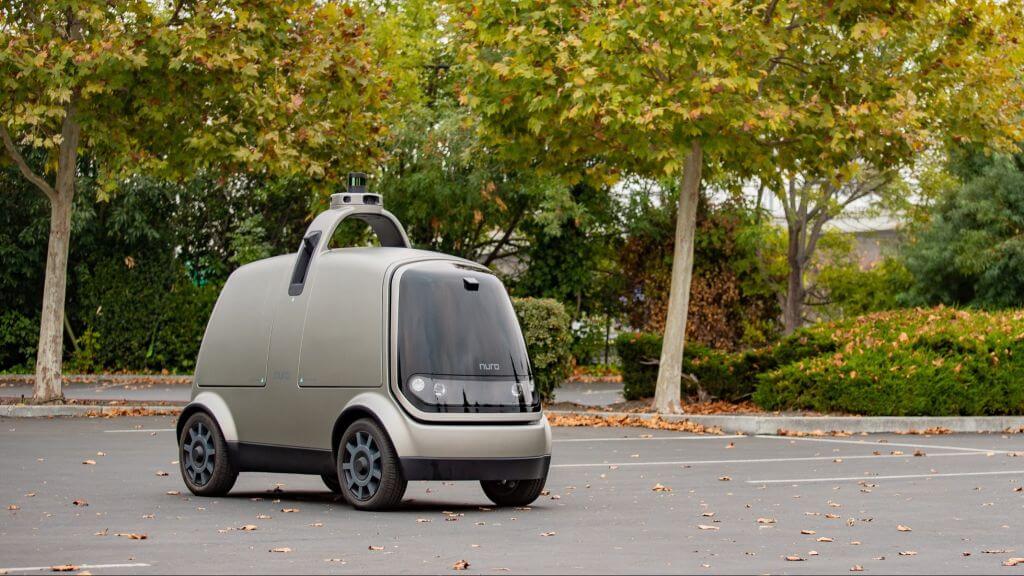 Nuro is a self-driving delivery company that was founded in 2016 by a team of former Google employees.  Recently, it has been using its fleet of R1 autonomous vehicles to deliver groceries to the people of Scottsdale, in Arizona.

Now, the company announced it has partnered up with Domino’s to start delivering pizzas to Houston residents. The machine in question has not been revealed yet but it will be a re-imagined version of the Nuro R1 vehicle dubbed, of course, R2.

The R1 is a so-called ‘pocket-sized’ car specifically designed to carry goods. It doesn’t feature a driver cabin but even if it did, it would be a hassle to get anyone inside who is over say, 7 years old.

Of course, the vehicle will be sent out to select areas of Houston in a pilot program and the customers will be able to opt in for a human delivery, if they want to.

Those who don’t have a problem receiving their food via robot will be issued a code they will enter on the vehicle’s screen. After that code is entered, one of the robot’s compartments will open and the clients will be able to collect the pizza they ordered.

The vehicles will be chased by an additional car driven by a human, which will keep a close eye on them during the deliveries and intervene as needed if the R2 gets into any sort of trouble. Remote viewing technology will also be used during the pilot to monitor the vehicles.

This is not Domino’s first foray into self-driving delivery cats though. Back in 2017, the company ran another pilot with Ford vehicles which took place in Ann Arbor, Michigan. In 2016, the company even used drones for deliveries, in New Zealand.

Knowing all this, you might scrunch your nose a little and think Domino’s hates human delivery people, right?

Thing is, they don’t – the company is actually facing a driver shortage. Domino’s has around 10,000 open positions in just the U.S alone and it hopes that either drones or delivery robots will help it shrink that number.

Nuro on the other hand managed to raise $940 million from Softbank back in February so it now has all the funds it needs to invest into any pilot program that might come its way.

Food deliveries are seeing a major shift lately and Domino’s is not the only one who is thinking ahead – a good number of other delivery companies have turned to autonomous vehicles, be it due to staff shortage or simply because of traffic congestion.

So don’t be surprised if your next pizza will arrive to you via robot or drone.