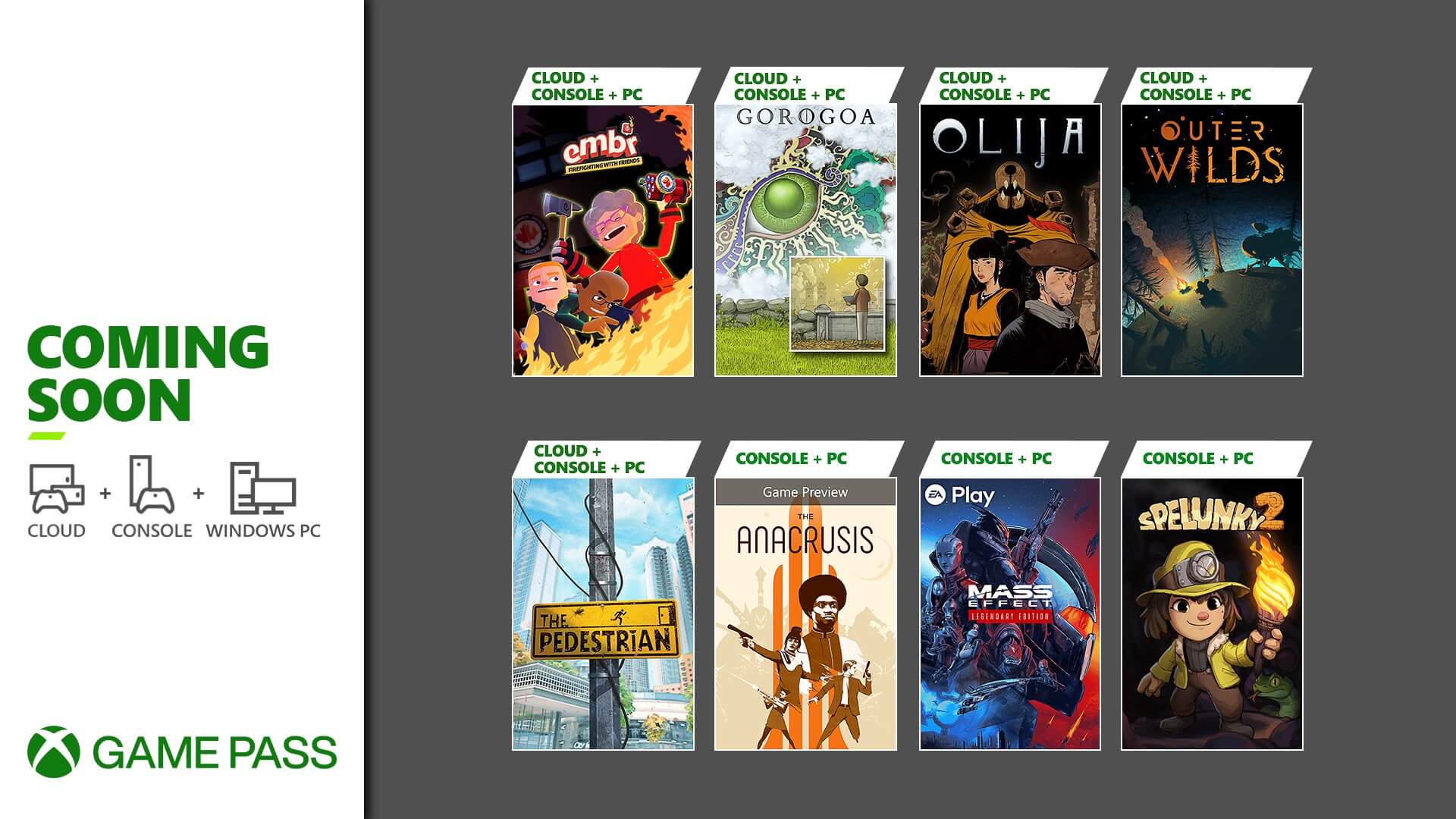 As has become tradition, Microsoft has announced a plethora of games coming to Xbox Game Pass on Xbox Wire. The first half of January includes some quality games, from first triple-A titles to beloved indie games.

Here is everything coming to Xbox Game pass from now to January 13th:

A hand-drawn puzzle game using the intricate detail of the frame as your canvas. Zoom in and out, find similarities, and match different scenes to progress through the aesthetically pleasing story of Gorogoa.

Olija takes players through Lord Farraday’s journey after he and his crew shipwreck near a mystical island. There, Farraday stumbles on Lady Olija. Together, they embark on a 2-D side-scrolling action platformer.

Street signs fill our lives but what does the world look like through them? In The Pedestrian, connect street signs, navigate their puzzles, and explore the world from the view of a simple street sign pedestrian.

Take on jobs as a firefighter, food delivery person, and a courier… all at once? That’s right, all at once. With you or a team of up to 4-players, put out dangerous fires, deliver food and packages, and save lives in this hyper frantic game.

The collection of critically acclaimed Mass Effect games – Mass Effect, Mass Effect 2, and Mass Effect 3 – comes to Xbox Game Pass! The collection includes the based content and a bunch of DLC from the original games, all remastered and optimized for the power of current generation consoles and 4K Ultra HD.

Explore the vast reaches of the universe, seeking out the balanced beauty and treachery of the unknown. Using items such as a spaceship, surveyor probe, and signal scope, players can mark, track, and move about a variety of hand-crafted worlds.

Spelunky 2 brings back the beloved yet insanely challenging roguelike spelunking experience of Spelunky. That is, travel through the depths of ever-changing worlds, avoiding traps, enemies, and monsters. The chaotic nature means that one bad hit could lead to a chain reaction leading to your death. But at the same time, there are secrets to the cave waiting to be explored.

Stranded on a ship at the edge of space, you and up to three other survivors must explore the ship to escape hordes of alien monsters. Pick up weapons, perks, and abilities to change up your gameplay style to change up how you run through the ship each time.