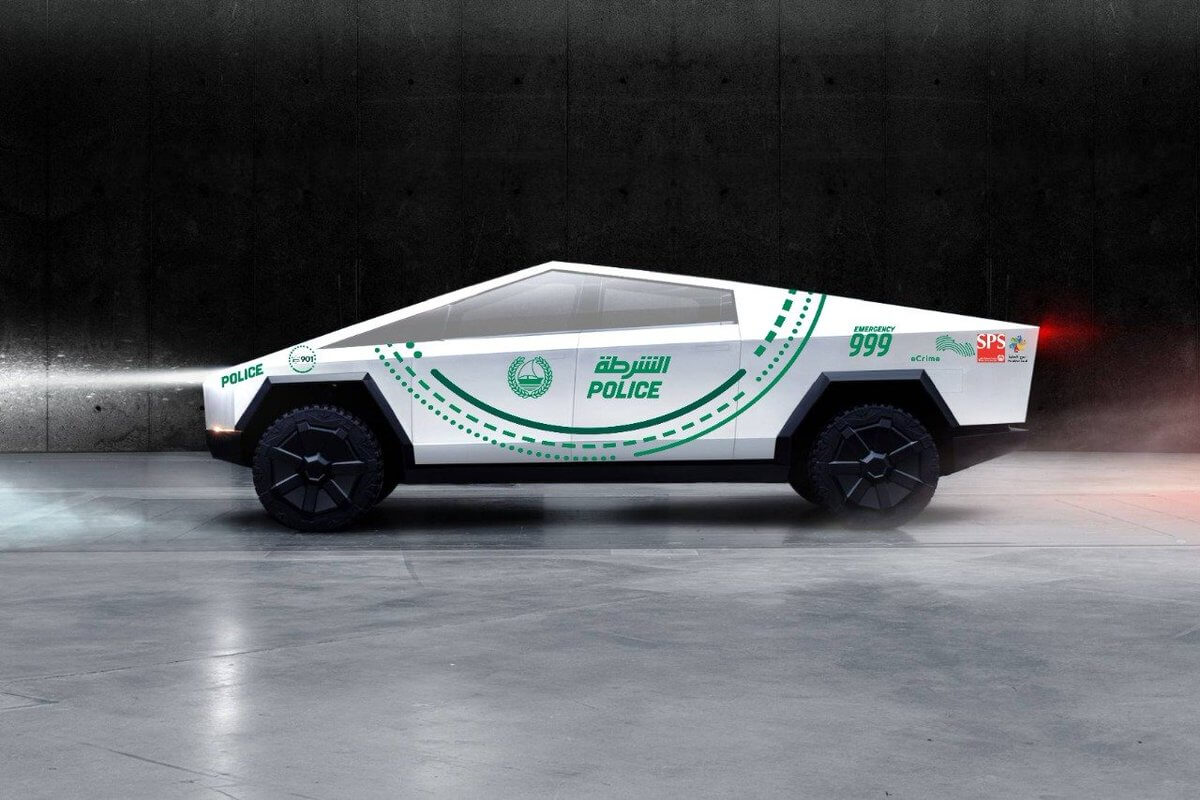 It’s too early to say if Cybertruck is a success – since $100 pre-orders are one thing and getting a $40K car is another – but Tesla’s first electric pickup has definitely made waves. From reluctant to derisive to ecstatic, Elon Musk’ Cybertruck received all sorts of reactions. The first sign that Cybertruck is here to stay though comes all the way from Dubai. More specifically, from Dubai Police.

It seems that Tesla’s bulletproof electric pickup has found its perfect home: in police stations. Where? In the exotic Dubai.

Looking back, it shouldn’t surprise us at all. An “armored personnel carrier” with this rugged look is the obvious choice for Dubai authorities, a place that’s always embraced futuristic concepts.

Less than a week after Musk unveiled the Cybertruck, Dubai Police announced that it will include such vehicles in its police fleet.

The tweet, however, mentions 2020 as the year the Cybertrucks will apparently patrol the Dubai streets. As we know, Musk is shipping the first cars in 2021 so… either the Dubai authorities got excited ahead of time or Musk will speed up the process to deliver the first batch there.

The cars are expected to make a difference in tourist areas, such as in downtown Dubai and near Burj Khalifa, Dubai Police chief Abdullah Khalifa Al Marri told Arabian Business.

Will the Cybertruck be joined by a Cyberquad ATV? What do you think?