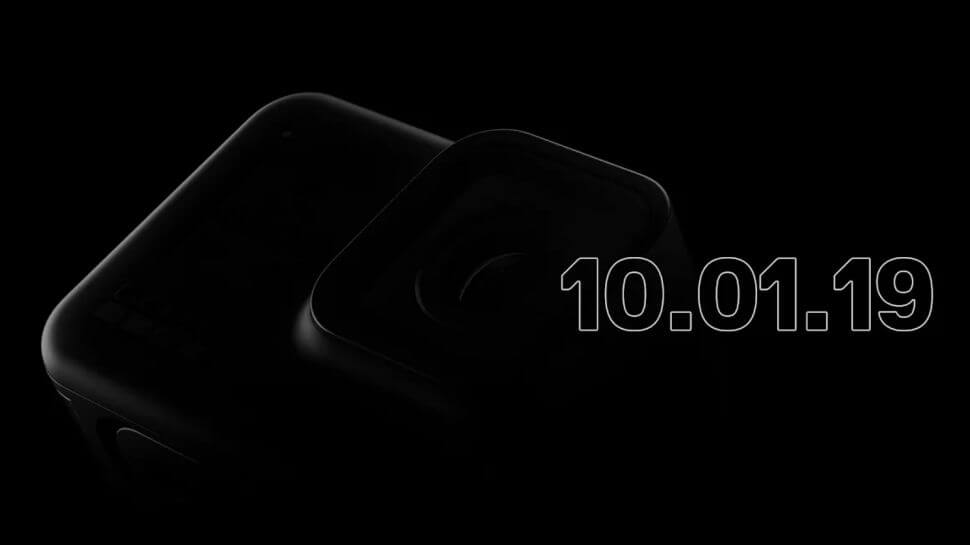 GoPro has been in the habit of releasing its newest products during September but the company has been conspicuously silent for the past couple of months. At long last, it has announced it will launch its next-generation action cameras not in September but on October 1st.

GoPro made the announcement via a short video that was posted on both the GoPro website as well as on the company’s Twitter and Instagram pages. In it, we are shown clips from what looks like two different cameras – most likely the Hero 8 Black and another 360º camera. This latter device might prove to be the GoPro Max, who could be GoPro Fusion’s successor.

There’s almost no information about what’s to come but, of course, the internet is filled with rumors. Some of them suggest that the Hero 8 Black will be able to shoot 4K at up to 120fps, as well as 1080p Full HD videos at up to 480fps. Of course, take this bit of information with the proverbial grain of salt.

The cameras might come accompanied by a few accessories as well, such as LED lights, external displays and microphones.

If you want to see what happens, as it happens, GoPro has even set up a YouTube page where those who are interested can watch the event live. However, we’re bound to see a leak or two in the meantime, so count on us to keep you updated.