How the Producers of For All Mankind Rebuilt Apple's Ancient Assistant, the Newton MessagePad 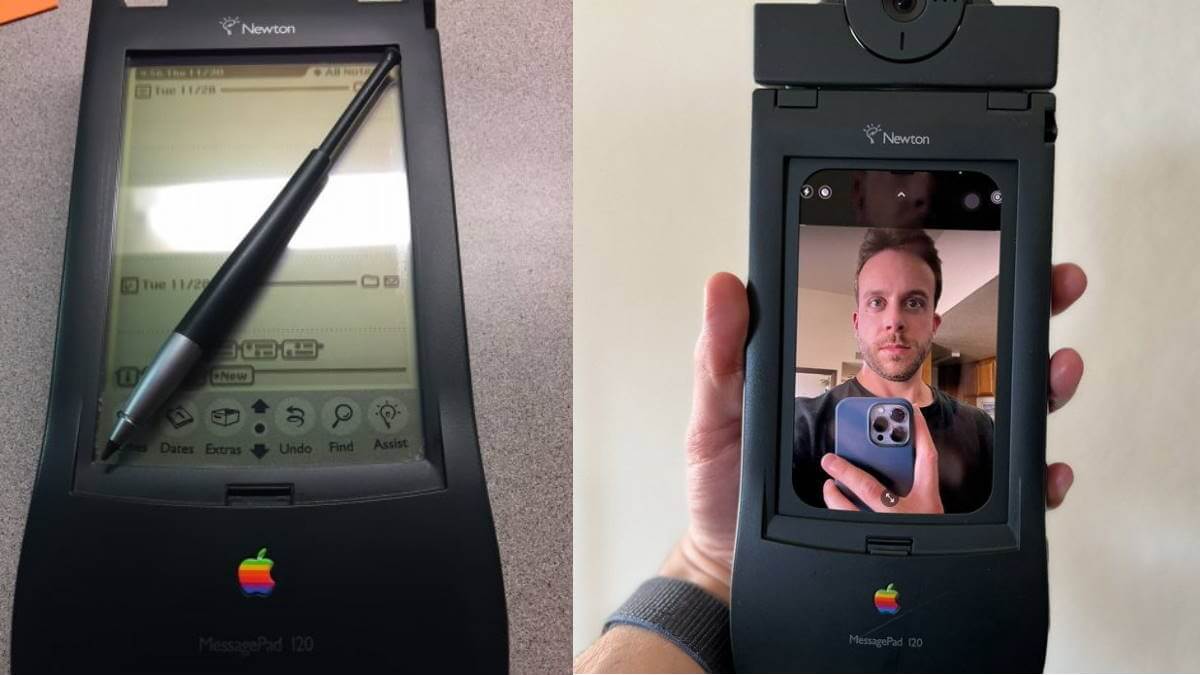 For All Mankind, one of the best new sci fi series of the year and an Apple TV Plus exclusive, features in its third season a very old piece of Apple technology, recreated with new specs.

For those that don’t remember, the Newton MessagePad was basically Apple’s first personal digital assistant – back in 1993, when that meant a heavy PDA device and not an AI like Siri or Google Assistant. It’s worth noting though that the features were impressive for its time, as it even offered handwriting recognition.

It came out after Steve Jobs was fired from Apple and just one year after Jony Ive, the legendary designer, joined the company.

The first model was a clunky-looking device, with Jony Ive lending his design expertise starting with the second-gen Newton Message Pad, when he introduced sleeker lines.

Then, five years later, in 1998, Steve Jobs came back to Apple’s leadership and promptly discontinued the Newton, paving the way for the iPod and iPhone, its spiritual successors.

Since For All Mankind shows an alternate timeline in which the Russians were the first to land on the Moon, all the technology in this show is familiar but has a slight twist.

In the case of this lovely prop, the Newton MessagePad, the show producers wanted to have characters use it for video calls.

Of course, back in 1993 there weren’t any smartphones or convenient cameras to do so, and that’s why they had to create a Newton MessagePad from scratch.

What they did was make a case for an iPhone 12 Pro Max that looks like the Newton, then built a fake webcam to attach to it.

World’s First Apple Museum to Open With $7,499 Mac and Other 322 Items on Display

While most of the scenes show the classic 1993 Newton MessagePad interface, the actual video calls were done using a latest-gen iPhone.

If you haven’t had a chance to catch up to For All Mankind, maybe this will prompt you!