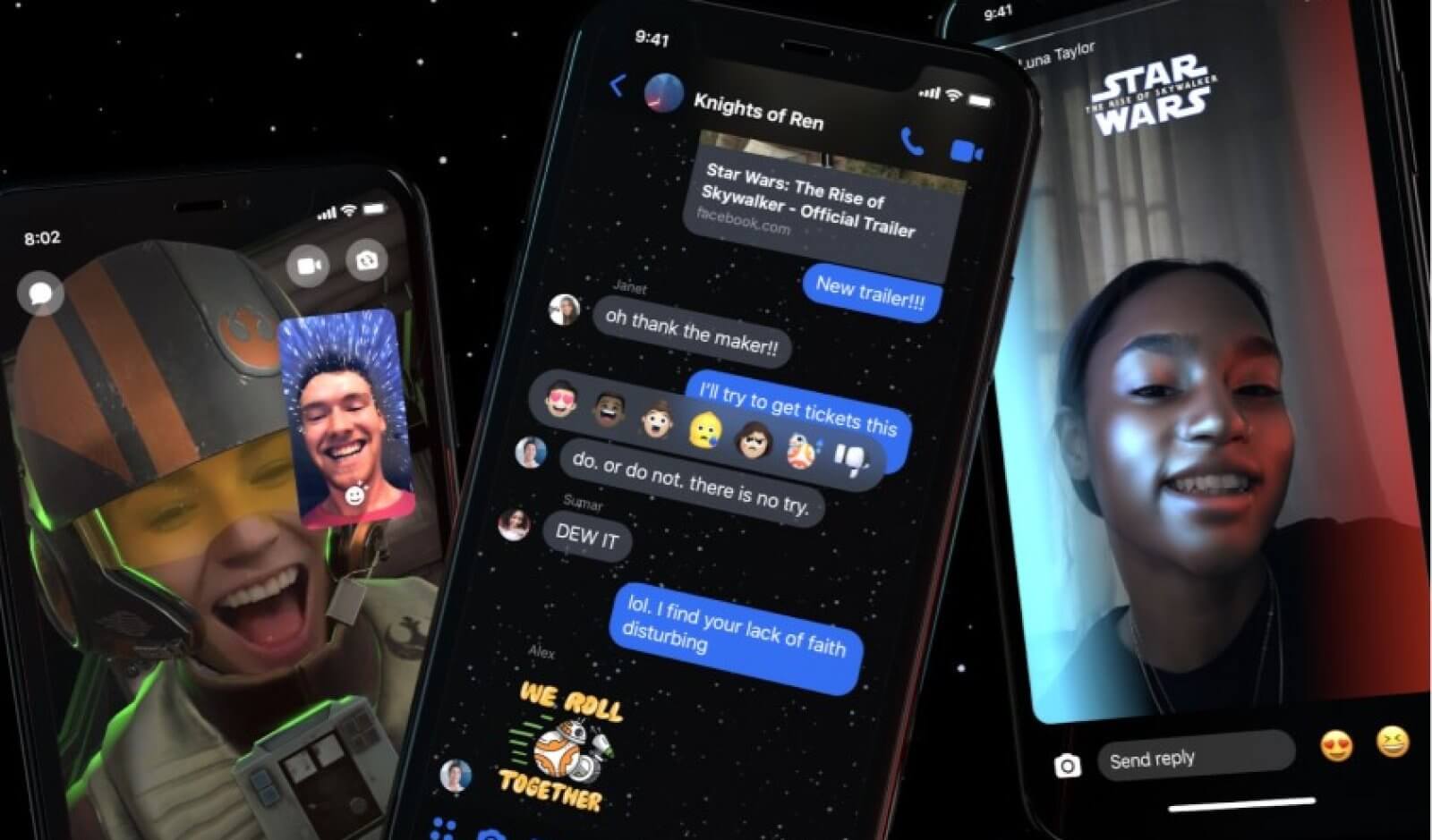 It’s official: everyone is jumping on the Star Wars bandwagon this week.

After Bose and Samsung, Facebook is next to release a Rise of the Skywalker tie-in, with its first-ever branded chat theme for Messenger.

The theme will swap regular reactions and stickers for themed ones from the movie, including popular characters.

However, if your mind went straight to that, Baby Yoda is not yet confirmed.

Instead, you also get some pretty cool augmented reality effects that work both in photos and Messenger video calls. 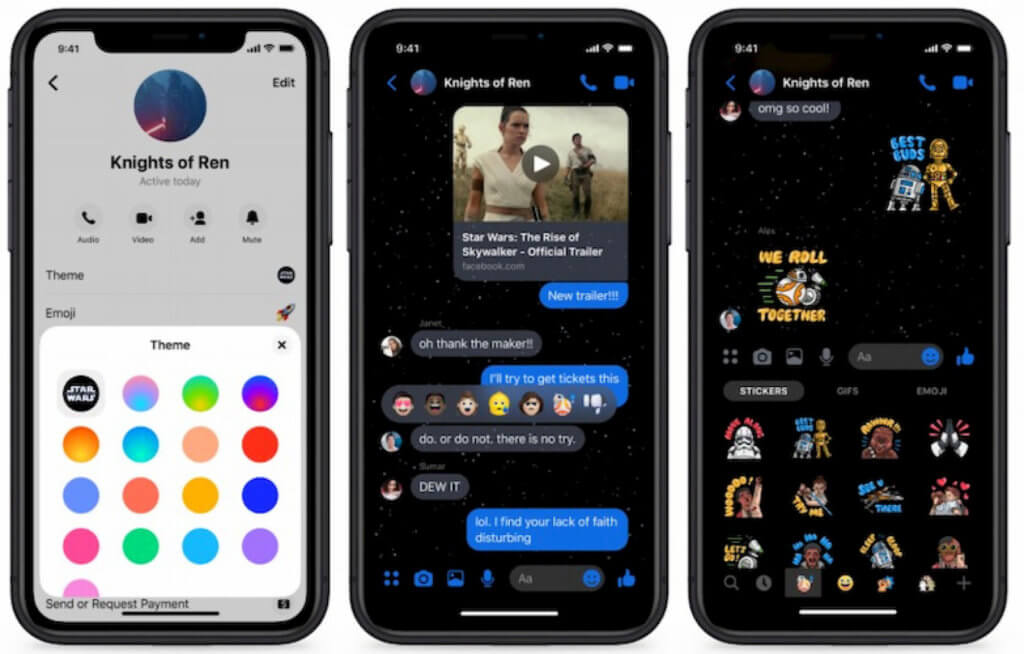 Using AR, you can look like you’re traveling at lightspeed or riding in the cockpit of an X-Wing.

How to activate the Star Wars theme in Messenger?

Then, tap the name of the person you were texting, switch to the Rise of the Skywalker theme from the theme options menu and try not to join the Dark Side.