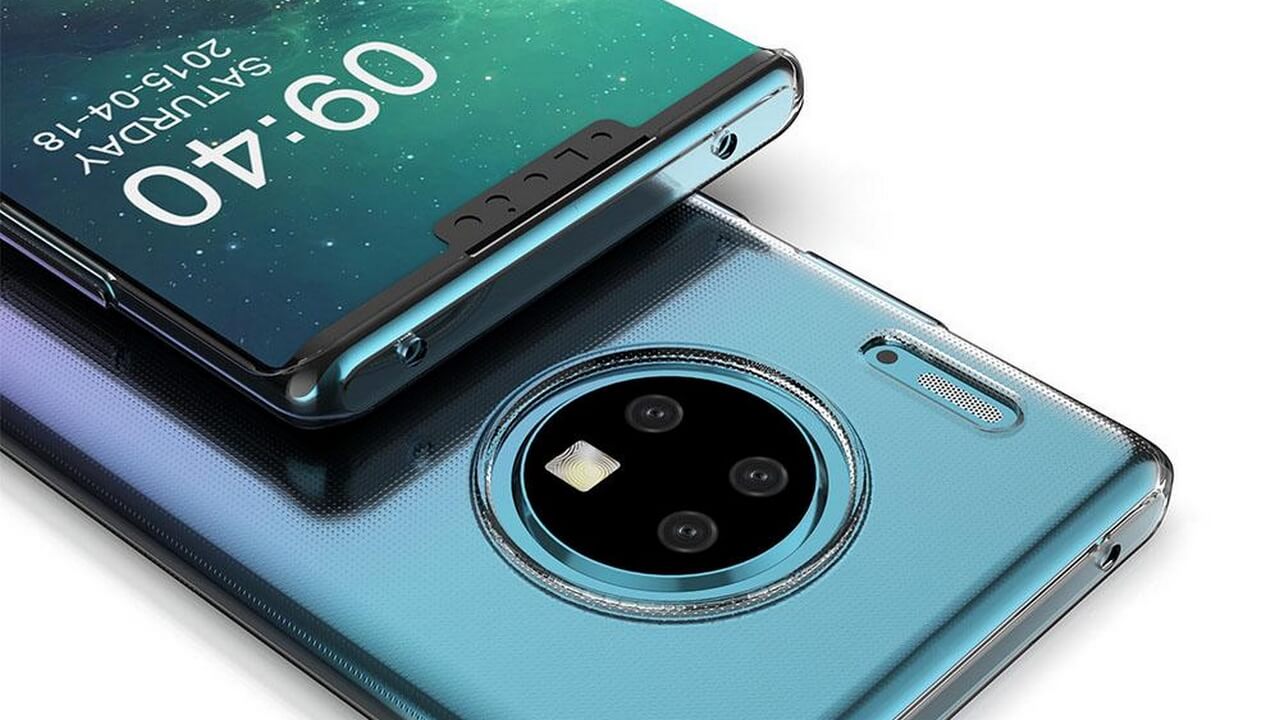 The Huawei Mate 30 Pro is expected to make an appearance either in September or later on in October of this year, hand in hand with the vanilla version. And, since we’re getting close and closer to a release date, it’s expected that we’re slowly but surely going to come in contact with leak after leak.

The latest one, if it proves to be true, pretty much confirms most of the leaked information we’ve encountered thus far.

Of course, this latest leak comes from Weibo and shows both the front and the back of the smartphone and the first thing we can notice is the device’s quad-lens camera resting on the back. The cameras are placed in a round housing and the rumors have stated that they will prove to be two 40MP sensors, a ToF sensor that will deliver a nice bokeh blur and an 8MP camera featuring a telephoto lens that will aid zoom shots. 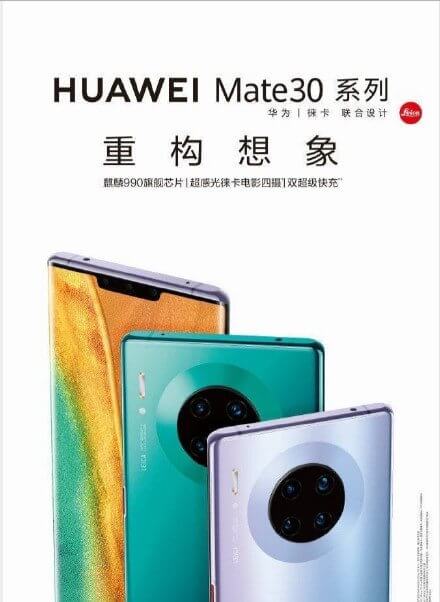 In the same image we can also see most of the Mate 20 Pro’s display which features a pretty solid notch at the top – by ‘solid’ we mean pretty wide. The notch is actually the thinnest we’ve seen from Huawei so far but it’s also quite long and it’s stretch makes us wonder what exactly is going on beyond it.

Huawei doesn’t look willing to fall in line with the whole ‘screen space’ trend that has has grasped the smartphone industry as of late, at least not as far as its next model goes.

The text in the image states that the smartphone will have a Kirin 990 processor under the hood, that it will have four “super sensitive to light” cameras and that it will feature ‘double fast recharge’.

However, you have to take the image with a pinch of salt – the render does look official but at the same time it seems like it has been heavily edited by less professional hands than we’d expect from the likes of Huawei. Slashleaks, who has made a name for itself by judging the authenticity of leaked tech images, has placed a 63% ‘trust score’ on this particular image. Compared to others, it’s pretty low.

The Weibo post hosting the image has also been taken down at the time this article is being written, so make of that what you will.

However, we’ll most likely see more leaks in the next few days – after all, the official unveiling is reportedly just around the corner.