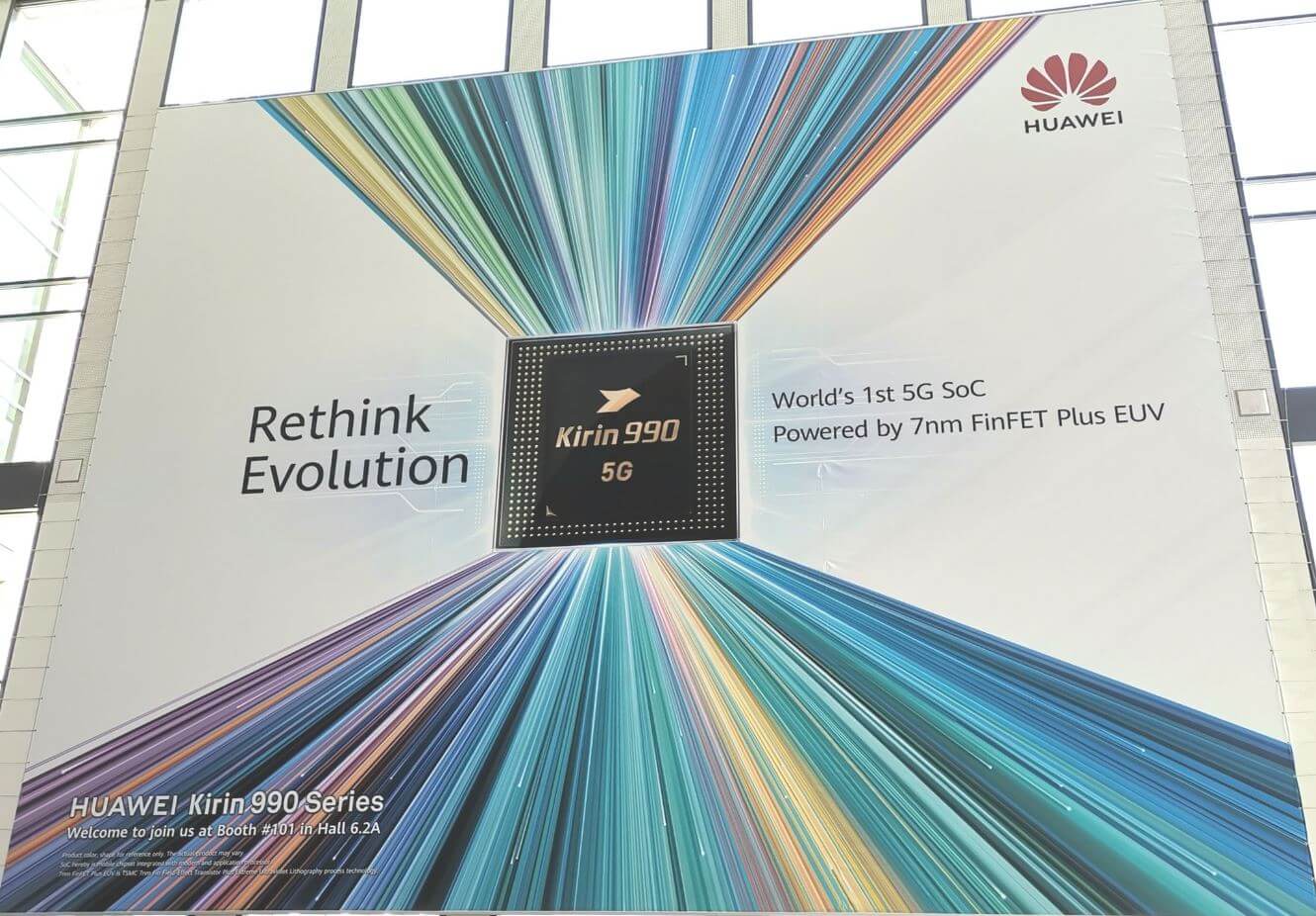 Richard Yu, CEO of Huawei Technologies took to the Rethink Evolution keynote at IFA to unveil the long-awaited Kirin 900 series alongside its 5G version, the very first of its kind.

Huawei has been investing time, effort and money in 5G research as early as 2009 and has slowly but surely developed reliable end-to-end solutions that support both SA and NSA from the 5G core network to base stations, 5G mobile phones as well as 5G modems.

Its Kirin series has always had a focus on on-device development: back in 2017, the Kirin 970 was the world’s first chipset that packed in an independent neural network processing unit (NPU), a move that basically pioneered on-device AI. It was followed by the Kirin 980, which featured a dual-core NPU and allowed for a number of new AI experiences, such as AI color and calorie recognition.

The Kirin 990 5G chipset was manufactured on the 7nm+EUV manufacturing process and features 10.3 billion transistors. According to Huawei, the Kirion 990 5G “boasts the largest number of transistors, most complete functions and highest manufacturing complexity.”

The chipset will also offer smoother gaming experiences and support Kirin Gaming+ 2.0 and the Mali-G76 uses all of its cores to work on issues like overheating, frame loss and any frame freezing issues that may come about during heavy-load games or when watching HD videos.

In terms of photography, the Kirin 990 5G offers a new ISP 5.0 that brings in block-matching and 3D filtering professional hardware noise reduction. Meanwhile, the dual-domain video NR delivers sharper images and videos in low-light environments and the company added AI segmentation into the real-time video post-processing system which is responsible for adjusting the image color frame by frame in order to deliver what Huawei calls a “cinematic viewing experience.’

The chipset has a downlink rate of 2.3Gbit/s and an uplink peak rate of 1.25Gbit/s. when compared to more traditional solutions that use 4G Soc+5G modem, the Kirin 990 5G reduces power consumption by 30%.

Huawei’s Mate series will be powered by the Kirin 990 series and is reported to be released sometime in September.