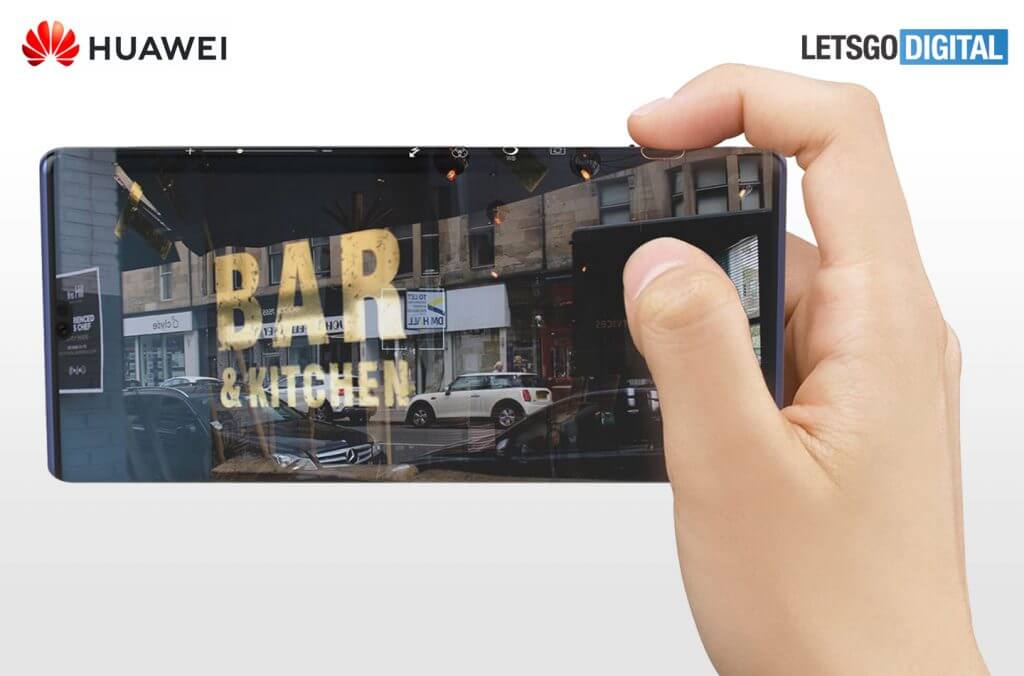 As we’ve recently updated, the Mate 40 series is rumored to arrive in October, after the lineup unveiled in September 2019 was slightly delayed due to the restrictions that came up with the COVID-19 pandemic and suffered some setbacks due to the lockdown in China.

According to leaker Ming-Chi Kuo, the phone would pack amazing camera capabilities with a very fast chipset and now, LetsGoDigital enforces the fact that the technology patented is meant to be used on Huawei Mate 40.

The upcoming Mate is rumored to pack at least four cameras on the rear, with free-form lenses for improved ultra-wide-angle shots, plus a dedicated periscope camera.

As Huawei have used its consumers in the recent patents, its smartphones would no longer feature physical buttons but make use of touch controls and gestures. That is also the case of the new patent “Side Touch Camera Interface” which illustrates the Mate 40’s curved display with camera controls on the phone’s top side.

According to the patent, controls for the Camera app feature zooming, flash, HDR on/off, photo filters and a shutter. This way, the front of the phone is free from obstructions.