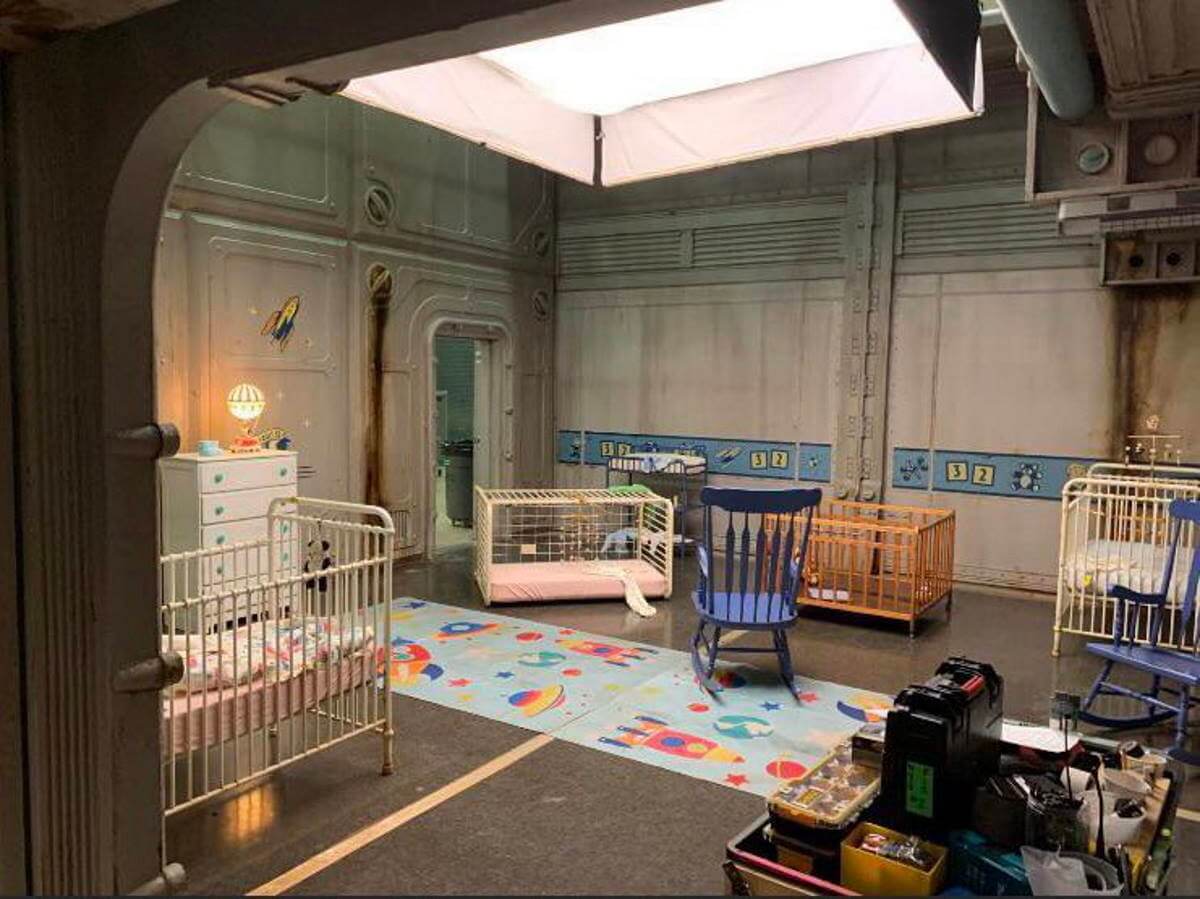 The Amazon Fallout TV series is one that has most fans cautiously enthusiastic, as little details were given about this adaptation yet.

Based on a series of games with a rich lore and fantastic premise, the Amazon Fallout series was announced for quite some time but no one knew what to expect.

Now, some leaked images from Fallout’s set appeared online on Reddit. Although they were quickly taken down from there, this Twitter user posted them for anyone to see.

The biggest surprise? Enter Vault 32, a place that wasn’t shown in any Fallout game.

It’s a happy looking nursery…well, as happy as any nursery set in a post-apocalyptic bunker can be.

Other pictures show a vault that contains a small farmhouse and a poster reassuring vault dwellers that “the outside world can never hurt you”.

For those new to the Fallout series, this is a post-apocalyptic setting exploring the 21st, 22nd and 23rd centuries after an atomic war. The survivors of Fallout reside in underground vaults, each with retrofuturistic, 1950s Americana-inspired themes.

Based on the leaked Amazon Fallout show images, the people in charge of adapting Bethesda’s series managed to nail the aesthetics.

Since Amazon also hired cult darling Kyle McLachlan of Twin Peaks fame, hopefully the characters and story will be on point as well.

Considering the richness of Fallout lore and the emphasis put on exploration, it shouldn’t be a tall order to create new and engaging stories.

The Amazon Fallout TV series is set to enter production this year, as confirmed by the official Fallout Twitter account, and we hope to see it debut on Amazon Prime next year.