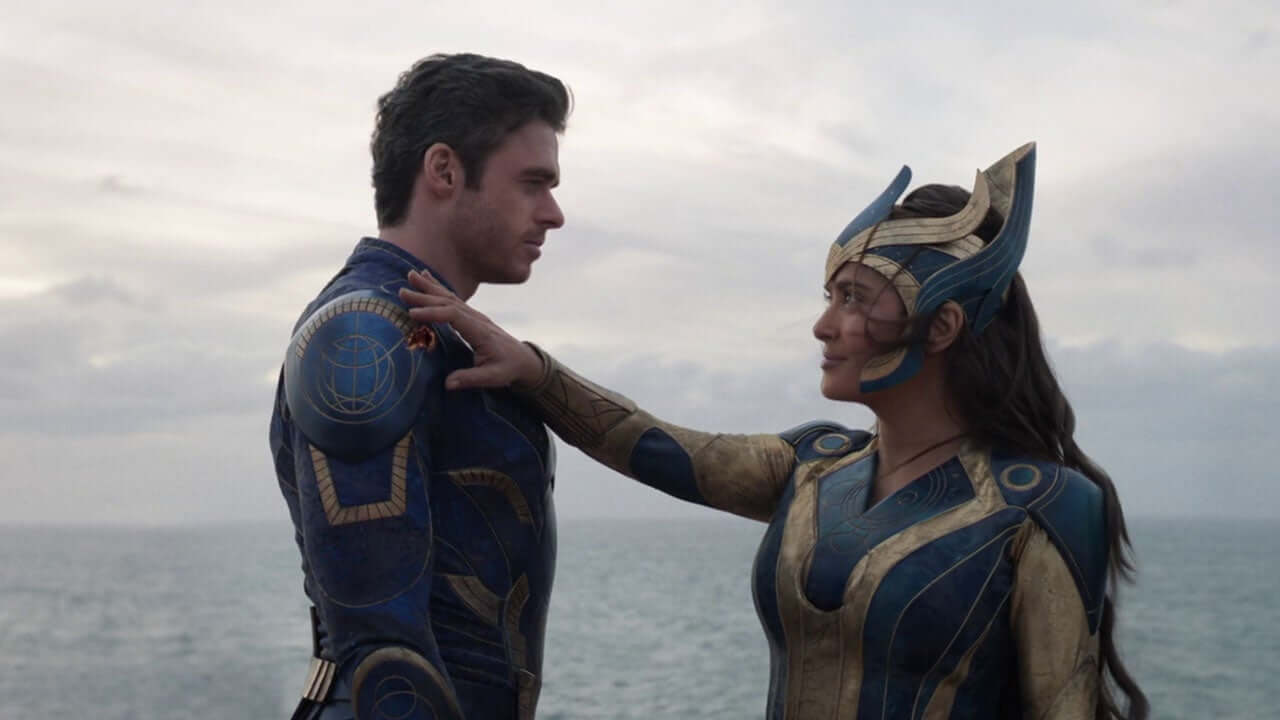 It’s been a month since the official announcement of IMAX Enhanced content on Disney Plus and Disney seems keen on keeping their promise to continue releasing Marvel movies in this new format. The next epic Marvel story to join the streaming platform is Eternals, in IMAX Enhanced format, of course.

The news isn’t shocking anyone, considering the plethora of Marvel movies now streaming in IMAX’s expanded aspect ratio on Disney Plus.

However, we do have a release date. Eternals will be available to stream starting January 12th, a mere month from now, and two months after launching on the big screen.

Considering the popularity of streaming platforms and Disney’s trajectory, the fast rate at which movies leave theaters to end on TVs will only increase.

Disney, for one, is interested in striking while the iron’s hot since their latest original Marvel spin-off, Hawkeye, ends this December.

Families could get to stream, in time for Christmas, the animation Encanto or re-watch a blockbuster from Marvel in IMAX Enhanced.

If you’re not up to speed, IMAX Enhanced is a collaboration between IMAX and DTS which allows IMAX content to stream in the 1:90:1 aspect ratio, offering up to 26% more picture for select sequences. For now, Disney Plus movies in IMAX Enhanced format sport the expanded aspect ratio but will soon offer the immersive IMAX signature sound by DTS, too.