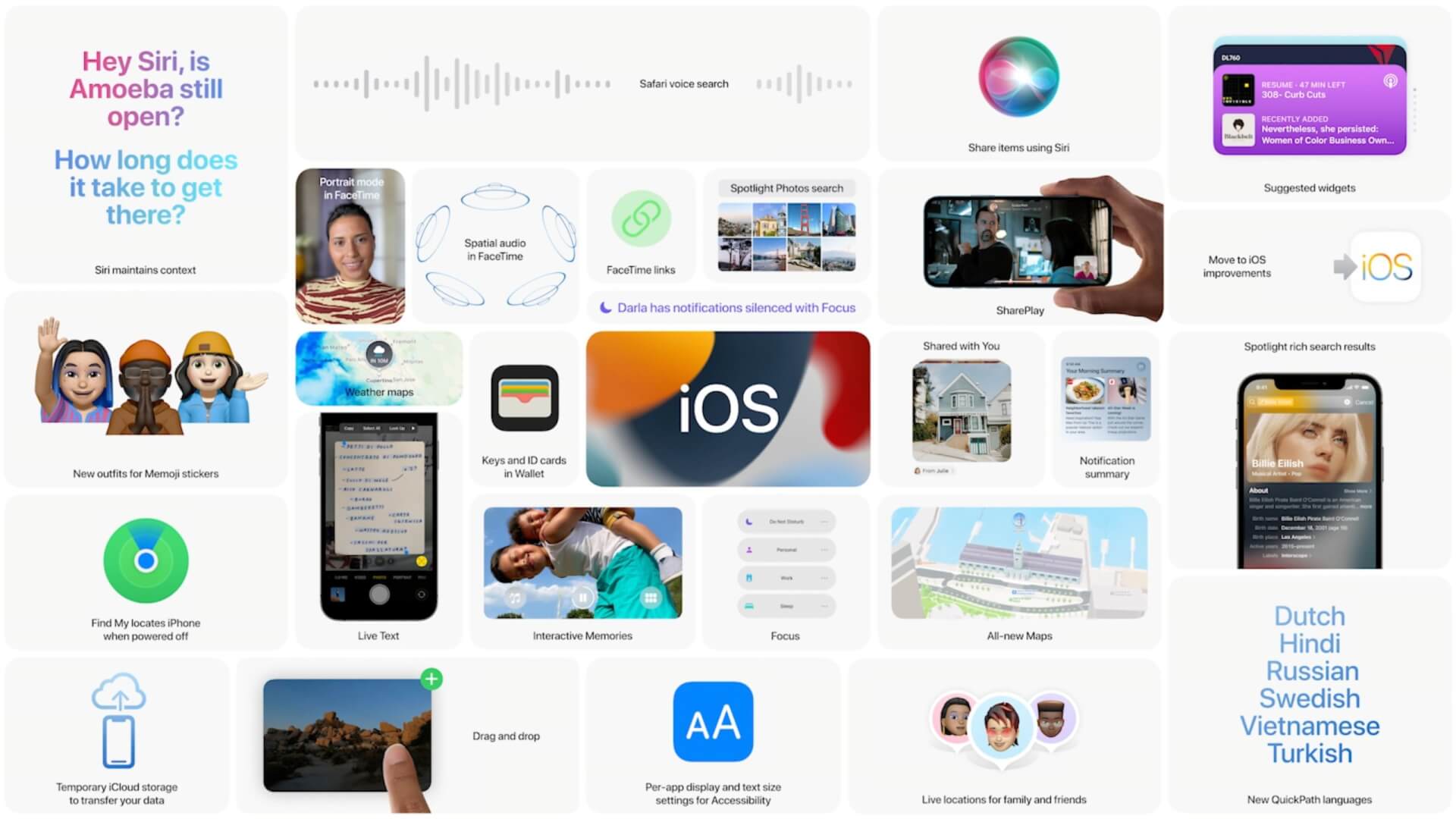 Apple has announced iOS 15 during its developer conference that took place back in June. The update will bring along a number of new features and improvements including tools to help you keep your work and private lives separate as well as the ability to FaceTime with non-Apple users, among others.

Here is everything we know so far.

Which devices will get it?

That’s easy: all you have to do is open the Settings on your iPhone and iPad, click on General and then on Software Update. The phone will have to reboot for the install but you can also install it via Mack or iTunes on a Windows computer.

To begin with, the users will benefit from a Safari redesign: the controls, address and tab bar have been moved to the bottom of the screen. The users will also have the ability to group the tabs and switch between them by swiping left or right.
If this upgrade is not something you were interested in, the single tab interface is still available as an option.

The browser will also further be able to protect you more than before by blocking known trackers from profiling you via your IP address and it will automatically switch to encrypted web traffic when that option is available.

The Notifications will now show app logos as well as contact photos. If there are certain notifications you don’t want to hear from throughout the day, you can group those together and have them delivered to you at a specific time during the day.

Next, we have the Focus feature that will allow you to tailor your notification experience by letting you create different profiles – you will not get any work-related notifications while at home and vice-versa.

One of the most anticipated changes is the one for FaceTime: you will now be able to use the video calling service to talk to non-Apple users. All you have to do is share a link for them to join a call from a browser, without an account.

Another feature will let you point your camera at different objects in order for it to help you recognize them. That includes pets, nature, art, books and landmarks. The camera app will also be able to perform live text and handwriting recognition.

The Apple Health app will share data with friends, family and/or carers and it will be a very useful tool for those who have to keep a close eye on the family members they might be a little worried about. If any changes occur, such as an irregular heartbeat, they will be notified.

Siri has also gotten better: with the update, she will process voice requests directly, without sending the audio to a server in order for the server to interpret it. Of course, this means that Siri will be much faster with her replies and will even be able to help you out while offline with a number of features.

These are just a few of the most important changes and upgrades you will be able to access once you install iOS 15. Let us know how they worked out for you in the comments.