Is Magic Leap Worth The Hype? 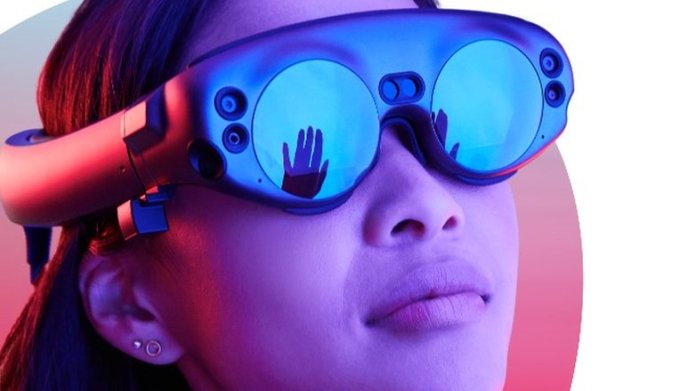 Magic Leap first came about some seven years ago and ever since, the company has been very secretive about the headset they were creating and have toiled for almost a decade working on technology that can impose virtual images over the real world. Before the product was even showed to the world, it managed to raise over $2.3 billion from Alibaba, J.P Morgan and Saudi Arabia, just to name a few of its backers.

It promised hardware that would “transcend what can be contained in a physical product” and its CEO, Rony Abovitz, dressed in a full space suit, had announced it in 2012, during a TedX talk. The talk lasted around 30 seconds.

Magic Leap created a stir with a video that showed what the Magic Leap One would be able to do, with virtual whales jumping through a sports hall and jellyfish floating through the room.  It all tumbled down when a demo was released, leaving users who were anticipating it a little disappointed, to say the least.

Now, the headset is finally here, up for sale for $2,295. It’s called Magic Leap One Creator Edition, it’s very much functional and does hold some advantages over its competitors, but they are not that many and not very big either.

The headset consists of three pieces, which include a headset, called Lightwear, a wearable computer dubbed the Lightpack and a handheld controller – the ‘totem’. The controller is fully tracked by the headset cameras, offering a wide range of motion and it’s pretty versatile.

The Lightpack is permanently wired to the headset and it holds a Tegra X2 chipset, 8GB of memory, 128GB of storage and a battery that can offer around three hours play time. It will only function indoors for now, in well-lit rooms, and there’s no mobile data options available on it yet, but AT&T might plan to sell the future version of the headset with wireless data plans.

For now the headset offers a handful of interactive experiences, while you have an NBA mixed reality app preview as well. Most of the apps cover the most clear uses such as swiping or ‘touching’, which makes the experience pretty minimal to begin with.

Another issue is the field of view – the headset does not lay the scene on top of everything around you, so that makes it hard for the user to actually see the objects that are either too close or too big for the headset’s field of view.

While it has a 50-degree diagonal field of view, it’s clearly not enough to see the world as you normally would – medium-sized objects cut off when you approach them and entire rooms appear in patches.

There’s also a full-room experience such as the Tonandi, built for the band Sigur Ros where you can explore what looks like the bottom of the sea and every creature you touch makes a sound. The feature offers a beautiful underwater landscape, but it all feels very artificial and the image presented clips in half if the user is not staring directly at it.

The tracking is good, though objects sometimes shift and appear transparent, while text appears fuzzy sometimes.

All in all, though the headset is impressive compared to what we currently have available on the market, Magic Leap still does not feel extremely different from the HoloLens.

The company might have set impossible standards for itself. Although we expect bigger things from Magic Leap in the future, for now, the bridge they said they will help us cross via AR is still a work in progress.