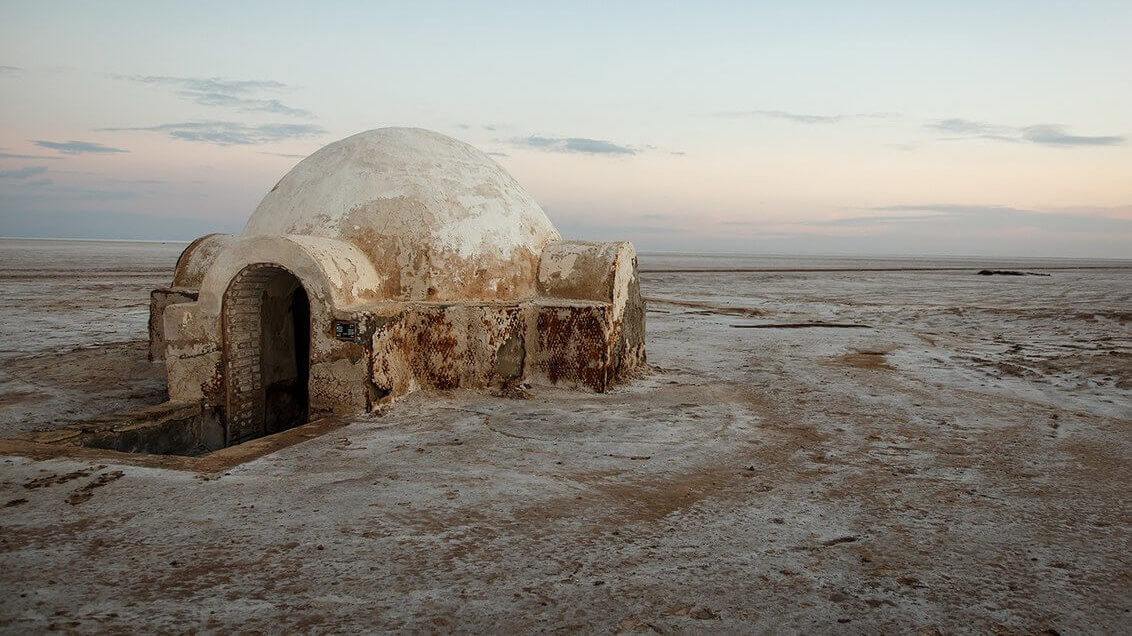 When you think of Star Wars or Luke Skywalker, Kanye West, the mind behind the billion-dollar sneaker empire, would be the last person that you would normally associate with them, even less so if you focus on the igloo-like houses on the desert planet of Tatooine.

But, while you wouldn’t associate Kanye West with Star Wars, Kanye West associated himself to the franchise, more or less indirectly. The rapper studied the Tatooine architecture in detail and used it for inspiration to create a housing project that aims to create affordable homes for people with low incomes or the homeless.

Forbes senior editor Zack O’Malley Greenburg reported that West is working with a team to design prefabricated structures that are similar to the homes on Tatooine. West walked the editor to a bungalow in the woods during a midnight trip that took place near Los Angeles.

Greenburg followed the rapper up a dirt path that led into a clearing where he noticed “a trio of structures that look like the skeletons of wooden spaceships” and reported them as being “oblong and dozens of feet tall“.

“He tells me they could be used as living spaces for the homeless, perhaps sunk into the ground with light filtering in through the top.” Geenburg writes. “We stand there in silence for several minutes considering the structures before walking back down to his lurking Lamborghini and zooming off into the night.”

For now, the houses are nothing but prototypes of the concept West has envisioned.

Back in 2018, West announced Yeezy Home via Twitter and called out for any architects and industrial designers who were willing to join him on the project in order to “make the world better.”

West has been pretty vocal about his passion for architecture through the years: during a radio interview that took place in 2013, he admitted to working alongside architects to learn more about the process. During a visit to Harvard University, he even told the students that he truly believes “that the world can be saved through design“.