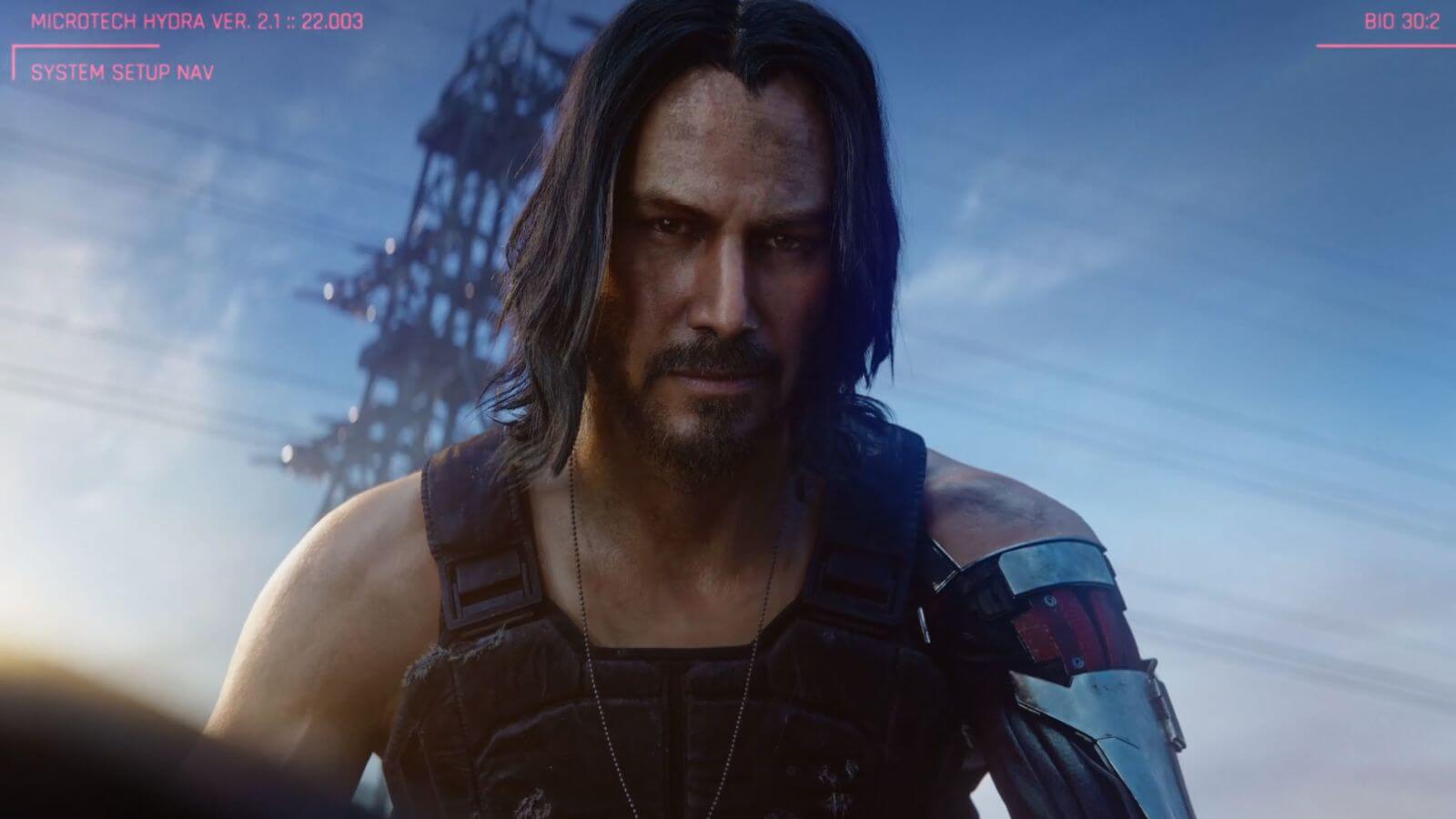 It would be an understatement to say that the crowd that was eagerly expecting some news on Cyberpunk 2077 at the Microsoft E3 briefing was taken by surprise when none other than Keanu Reeves himself appeared on stage.

The spectators indeed murmured a little when a Reeves lookalike featured at the end of the game’s trailer but no one expected the man himself to set foot on stage and make the complete announcement that Cyberpunk 2077 will launch on April 16th, 2020.

Reeves looked probably even more excited about the game than the audience was, and understandably so – he walked the streets of the future himself and the trailer did a good job out of setting up the mood for what’s to come as well as for introducing his mysterious character.

We now know that the game takes place in Night City, in America, and that the players will take on the role of a tech-augmented mercenary. Every decision you make, will influence how things will turn out for you in the game and, somewhere along the way, you’ll meet Keanu Reeves’ character as well. How that partnership will go, well, that remains to be seen.

As far as who his character is, we don’t have any information on that either, but he looks badass.

However, some of you might remember Keanu played Johnny Mnemonic in the 1995 film of the same name. The film was inspired by a William Gibson piece that appeared in the cyberpunk short story volume Burning Chrome, published in 1982.

In Johnny Mnemonic, Reeves played a man who stored information in his cybernetic brain implant and worked as a courier who delivered sensitive data via said implant. During one of his jobs things go south and the story evolves from there.

The film and Gibson’s story have different plot twists and different endings, with Gibson’s original variant, of course, staying closer to the traditional cyberpunk narrative of things not really ending neither happily or too bad.

Knowing all this, me and some friends, soon after the E3 announcement, have actually asked ourselves if Reeves’ Cyberpunk 2077 character draws inspiration from Gibson’s story and offers an alternate ending to what might have eventually happened to Johnny Mnemonic.

It’s a long stretch, we’re all ready to admit to that, but it does offer an interesting perspective that basically did nothing but make us even more excited about the game.

Hopefully, we’ll get to see some gameplay trailers soon as well.