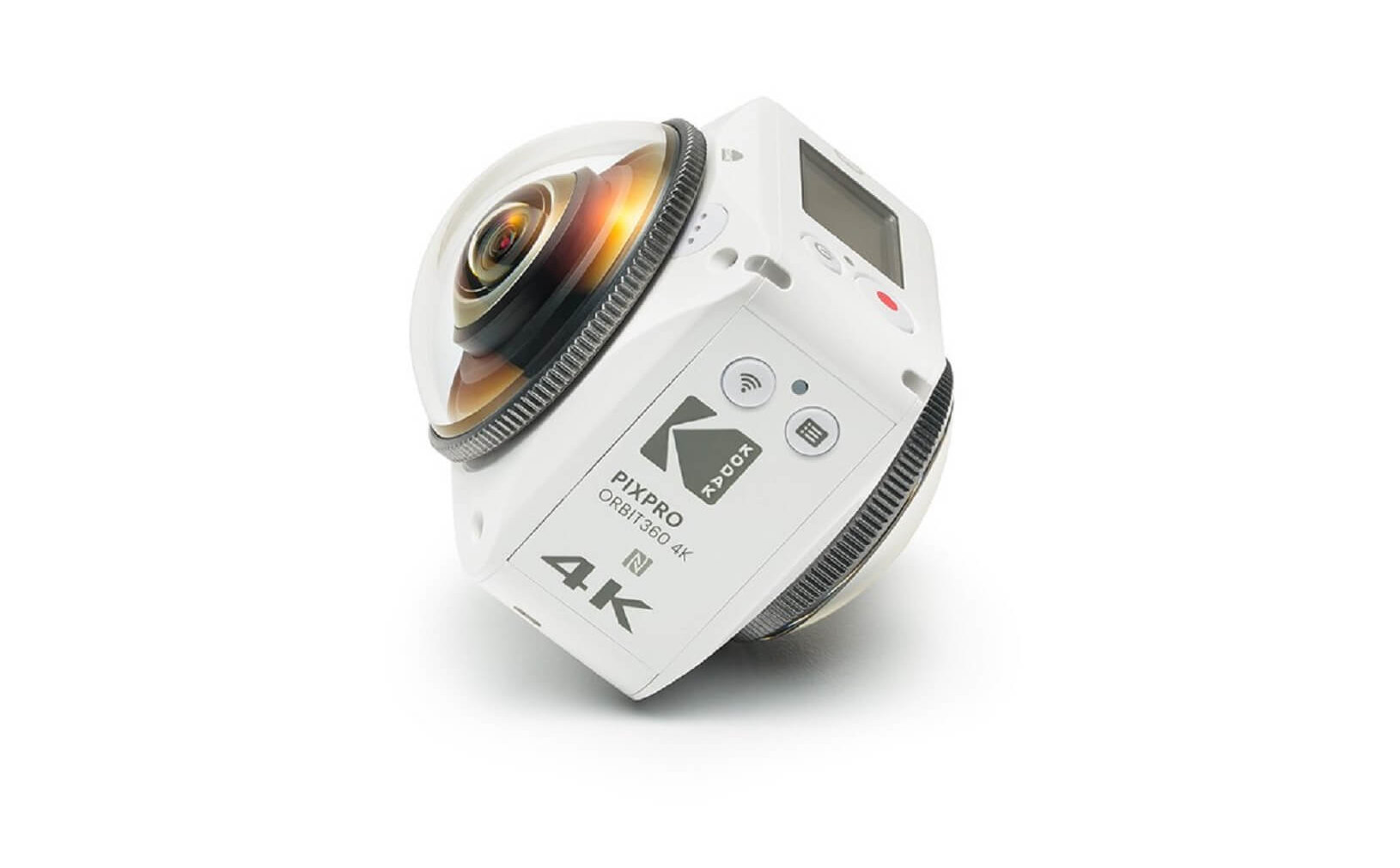 Kodak is trying to score points with Millenials this year. The company has not been trending in a while but their latest cameras are bound to attract the desired attraction. Kodak Pixpro ORBIT360 4K was on display at CES 2018 and the team talked about their plans to release a camera that takes both 360-degree images and 3D ones #actionmagic

The ORBIT360 4K was recently released, so you might have heard of it. If not, we’ll give you the gist of it: a dual-lens camera for spherical 360 images with three shooting modes to choose from (360 Spherical/VR, 197 degree 4k Ultra Wide Mode, and 235 degree Dome Mode). Thankfully, Kodak is doing all the processing in-camera so you don’t have to stitch and render manually.

As many other similar products, you can live-stream the 360 videos to social media outlets directly. Alternatively, you can save it on an internal memory card and edit it before sharing. This one is already available to purchase for $500.

The more interesting option from Kodak, the camera that can take 3D and 360 shots, is a prototype right now. Kodak 3D 360 VR Camera has lenses that can be fold out, in which case you get stereoscopic 3D images. There’s a third camera, as well, and this is targeted at professionals. It uses 3 high-quality lenses to produce super high resolution 360 content. Kodak hopes to launch these two at the end of 2018.

Kodak has been expanding its areas of interest to include cryptocurrency. KodakCoin is a thing now, a digital currency for photographers. It’s meant to help artists license their work through KodakOne Platform. Hopefully, it will inspire people to credit artists more and discourage them from using unlicensed images.