LG To Unveil Its Latest Rollable TV at CES 2020 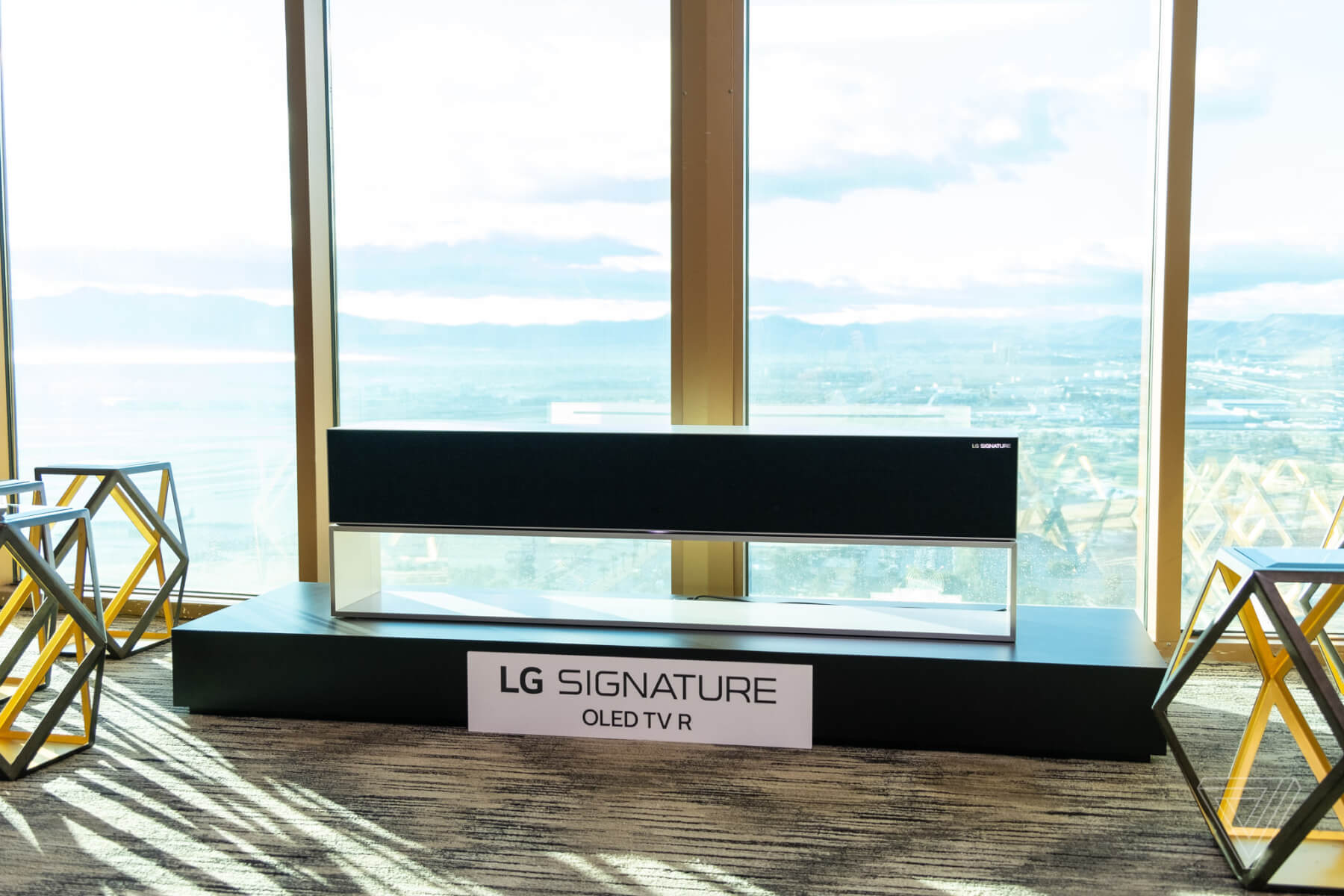 Photo by Chris Welch / The Verge

CES is where LG Display first launched its rollable TV two years ago, and this year it will reveal its latest version. The new LG TV will roll down from the ceiling, similar to a projector screen, unlike previous versions which roll upwards from its box. The company will also introduce a new, smaller, 48-inch OLED TV display.

According to an LG Display press release, the TV “is stored in the ceiling and can be pulled down when desired and rolled up when not in use,” but we have yet to see images of how this is put in practice. CES 2020 will be the place to see it for ourselves. That’s where we will also see the display manufacturer’s smallest OLED TV revealed – 48-inch.

Until now LG had only had 55-inch, 65-inch, 77-inch, and 88-inch OLED TV displays. We still don’t know when it will be commercially available or how much it will cost. LG Display is a separate business entity within LG, and it produces OLED panels to other companies like Sony and Panasonic, in addition to its parent company.

CES 2020 is just around the corner and we will get to see first hand LG’s new panels and also a range of screens designed for planes and cars. This includes an aisle separator that’s actually a 55-inch transparent OLED display and a series of plastic OLED screens designed for use in cars.