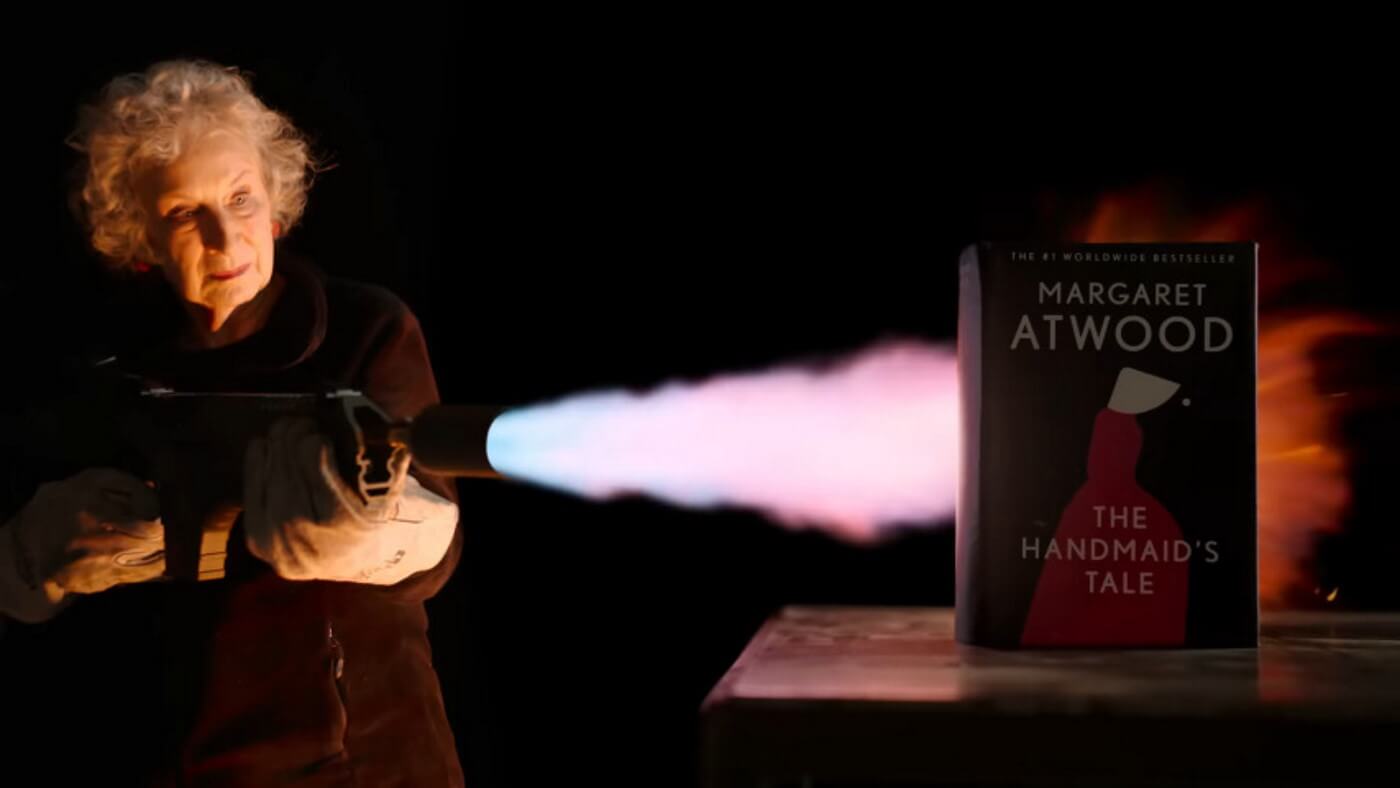 You know you live in truly interesting times when a beloved author shows up in a video carrying a flamethrower.

Margaret Atwood, the sci fi writer and author of Handmaid’s Tale, one of the most prescient books launched in the 21st century and adapted into an award-winning TV series, is now launching a fireproof version of her famous work.

To protest a series of incidents in which books were burned a la Fahrenheit 451 or otherwise banned for disturbing some sensibilities, Margaret Atwood is launching an “unburnable” edition of Handmaid’s Tale.

In the trailer for this special edition, Margaret Atwood holds a flamethrower to Handmaid’s Tale, which remains untouched.

The stunt also refers to the expected supreme court ruling on Roe vs Wade, which would reverse the right to abortion for women in the US,

as Handmaid’s Tale takes place in an oppressive new US regime, in which fertility is the most prized commodity and women’s bodies are rigidly controlled.

“The Handmaids are forced to provide children by proxy for infertile women of a higher social status, the wives of Commanders. They undergo regular medical tests, and in many ways become invisible, the sum total of their biological parts.”

Penguin Random House, the publisher of the fireproof Handmaid’s Tale, said this about the launch:

“Across the United States and around the world, books are being challenged, banned and even burned. So we created a special edition of a book that’s been challenged and banned for decades.

“Printed and bound using fireproof materials, this edition of Margaret Atwood’s The Handmaid’s Tale was made to be completely un-burnable. It is designed to protect this vital story and stand as a powerful symbol against censorship.”