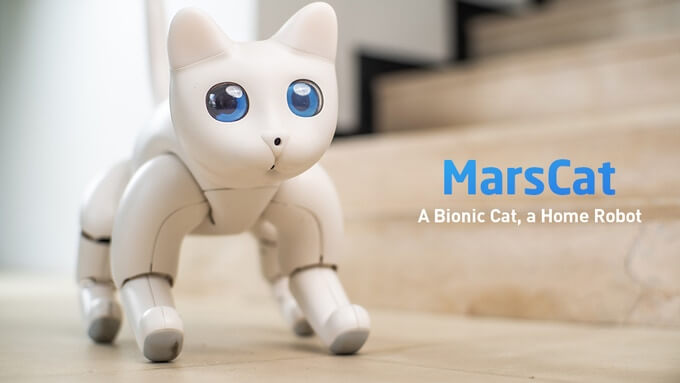 Robotic pets have been around for some time now, but this Robo-cat stands out from the pack. MarsCat is the world’s first fully autonomous robot cat, meaning once it’s activated, instead of only responding to voice commands it’ll act just like a regular cat, going around doing what a cat does. Hopefully, that’s not tipping flower pots or scratching the curtains.

Developed by Elephant Robotics, MarsCat is currently on Kickstarter, raising $100,000 after starting with a $20,000 goal. We saw it with our own eyes at CES 2020 and it’s got a unique robotic cuteness. Only the lack of fur gives it away that it’s not actually a real cat.

It’s creators claim MarsCat is fully autonomous, but unlike real cats, it will still respond to some voice commands like “run,” “stop,” “quiet” or “come here.” Also, it’s touch-responsive, so head scratches or back strokes will get you some purrs.

Pledges start at $649 on the Kickstarter page will get you a MarsCat, with shipping due to start in March this year.
The company is also working on a charging base station that will allow MarsCat to automatically go and charge itself when it needs to.