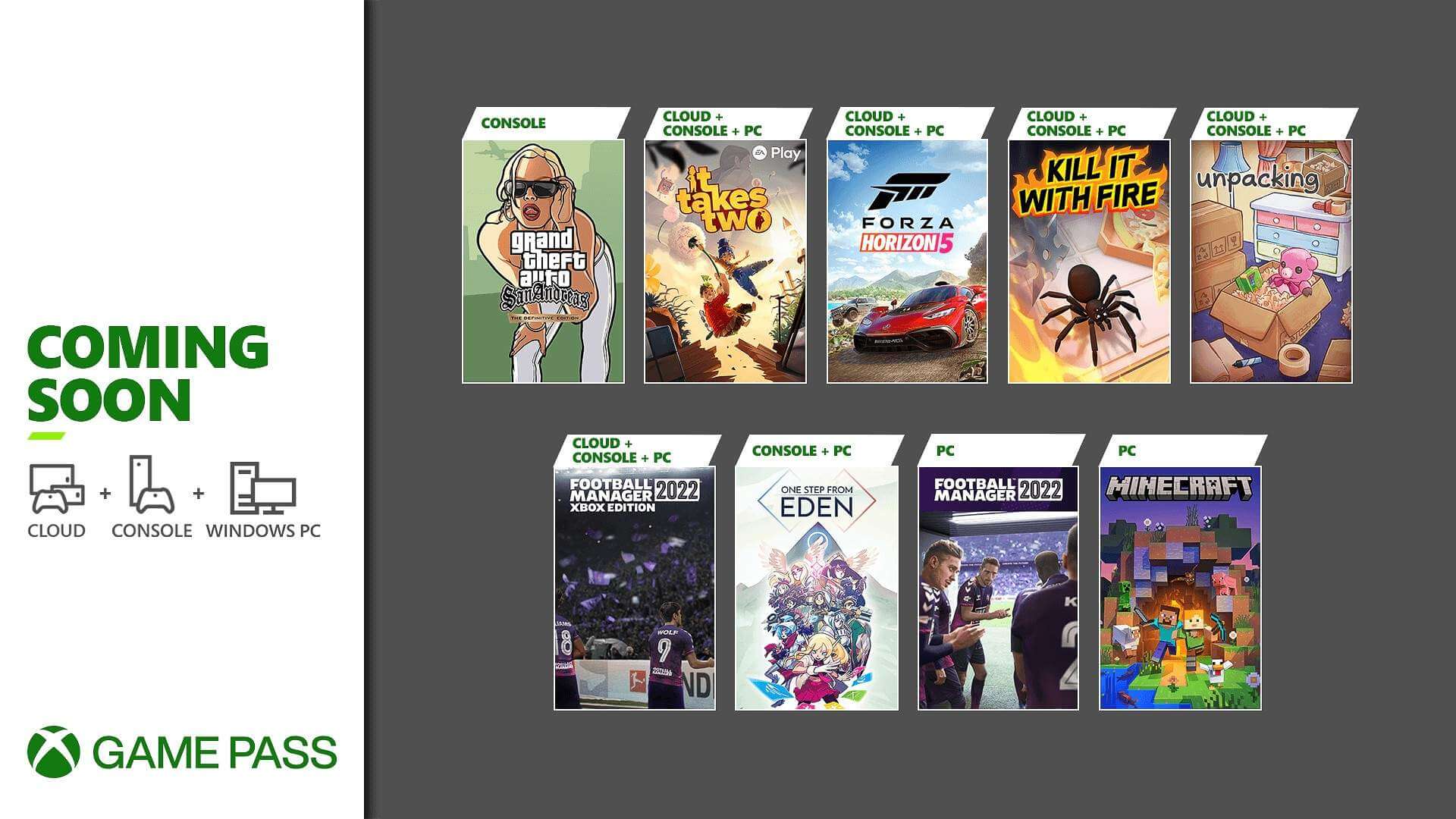 Bi-monthly, Xbox Game Pass is updated with a new set of games coming to the service. The first two weeks of November look particularly strong for the platform as a combination of classics and new triple-A games head to the platform.

As announced on Xbox Wire, here is everything coming to Xbox Game Pass from now till November 11th.

One of the biggest games ever is coming to Xbox Game Pass soon. A game that needs no explanation, Minecraft lets players explore, create, and battle in its iconic block-based world. Both Minecraft: Java Edition and Minecraft: Bedrock Edition will be available on Windows 10 and 11 with cross-play enabled for Minecraft games across other consoles and mobile.

Available Day One on Xbox Game Pass, Unpacking is about… well… unpacking! Unpack your protagonist’s boxes in a tranquil puzzle game, making sure everything is organized and decorated properly. With each move, you’ll learn more about the character’s backstory as the objects they take with them point to who they are.

A husband and wife in the middle of a fraught marriage are suddenly transformed into two children’s toys. In order to change back, they have to go on a zany adventures, working together to navigate the obstacles but also to fix their relationship. The game can be played with a friend with Friend’s Pass.

Kill It With Fire (Cloud, Console, and PC – November 4th)

Kill It With Fire takes arachnophobia to the extreme. Use everything imaginable, from frying pans to Molotov cocktails, to kill spiders and perhaps destroy everything else along the way.

So much happens behind the scenes to make a successful sports team, from signing players to hiring staff to designing plays. Take control of all that and more in Football Manager 2022 to take your team to the top, available Day One.

Forza Horizon 5 is up there with Halo Infinite as  Xbox’s big first-party release this year and you can pick it up Day One with Xbox Game Pass. Take to the streets and roads of Mexico with the latest and greatest cars to hit the Forza series. The development team took extra care to make things extremely realistic, from lighting to cultural elements, to make the game really feel like an extreme drive through the country. Besides racing, try out custom game modes or just explore!

One Step From Eden (Console and PC – November 11th)

Deck-building, roguelike, and Megaman Battle Network-style battling all meet in the fast-paced One Step From Eden. Choose your cards wisely to battle off enemies, upgrading your skills along the way to Eden.