When it comes to allows gamers maximum creativity, Minecraft takes the cake. With the ability to forage any material and build anything thanks to the block-based nature of the game. One group, Reporters Without Borders, have used the game’s infinite creative possibility to create what they call the Uncensored Library.

The Uncensored Library is a project by this group to bring news from journalists, media, and press that have been censored to people around the world. Effectively, the library bypasses restrictive censorship laws employed by certain nations around the world. As reported by Engadget, the Uncensored Library includes “articles from murdered Saudi Arabian journalist Jamal Khashoggi… the activist-friendly Russian sit Grani.ru and the Egyptian anti-corruption outlet Mada Masr, among others.”

Minecraft players can access the library by downloading the map from the Uncensored Library webpage. Once loaded, players are greeted to a grandiose building built in the style of Greek or Roman architecture. A grand pavilion, like those favored by the French during their the 17th and 18th century, leads players to said library. The censored articles can be found within Minecraft books, with works from Egypt, Mexico, Russia, Saudi Arabia and Vietnam represented. Each country has its own hall where players can find said articles. 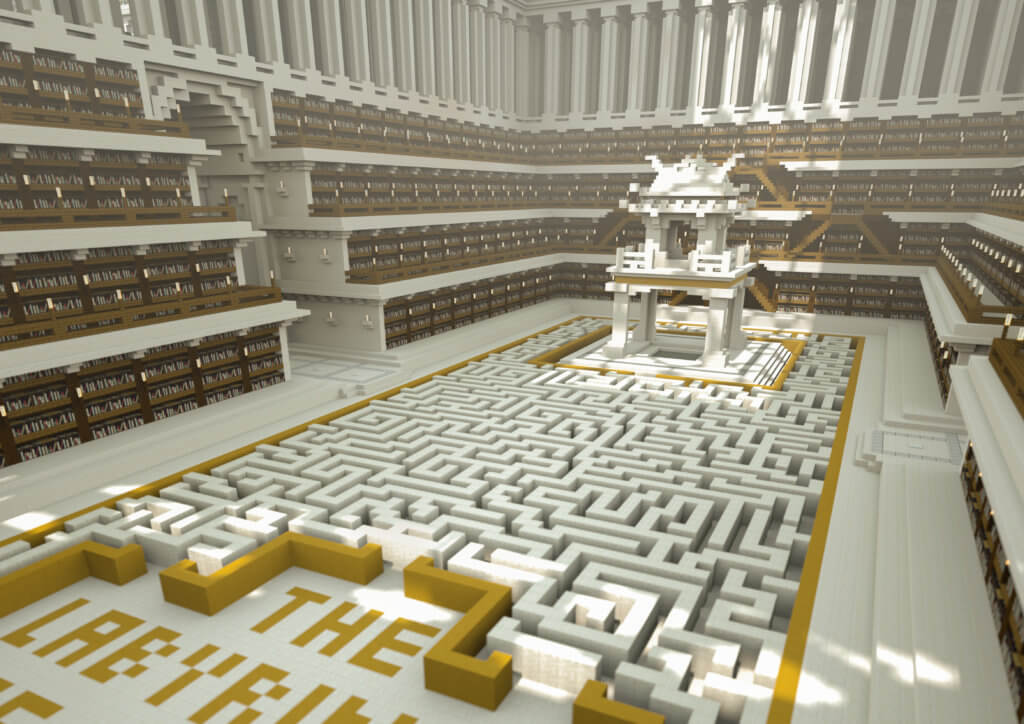 The Vietnam Room in the library. Each country has its own theme to it that speaks to the political situation there. PC: The Uncensored Library.

An impressive feat on its own to make a creation on such a grand scale, the Uncensored Library team has found a way to also incorporate a sense of justice in their work. Although this may not directly lead to a country changing its approach to censorship, the Uncensored Library gives access to works censored for political reasons in a previously unimaginable way.