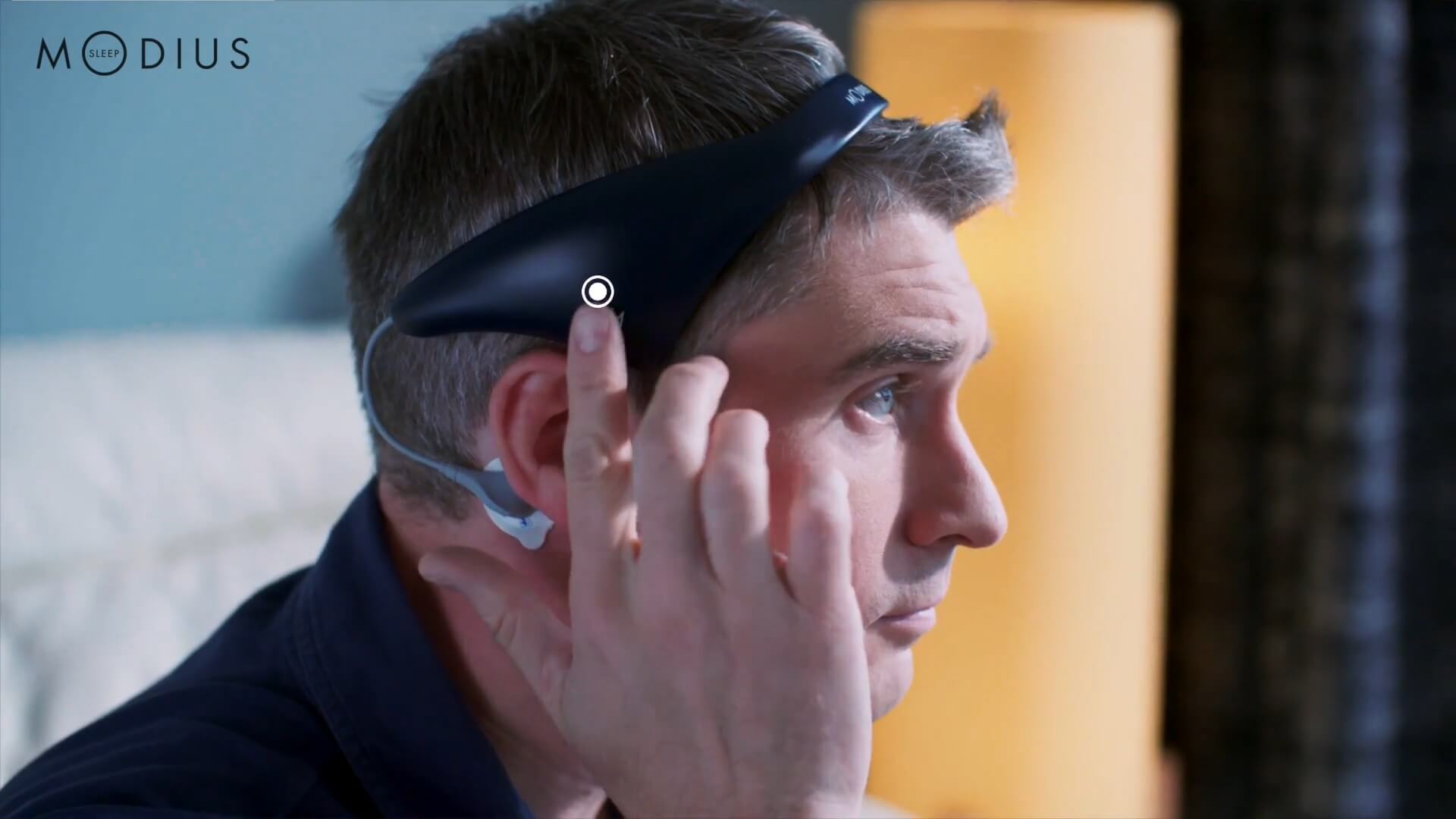 The makers of Modius Slim, that headset that did wonders to your figure through electrical stimulation, are back. This time, they’re offering a headset that will supposedly help you sleep like a baby, free of interruptions.

Neurovalens, the global health tech company behind the project, is all about helping people with health issues without resorting to medication. In this case, sedatives and sleeping pills.

Instead, they work on devices that stimulate the brain to solve the problem at hand. Although with a new design and color, Modius SLEEP follows the lines of Slim. It goes on your hand and around the ear, from where it sends a safe electrical pulse into the vestibular nerve. In that way, it can influence the areas of the hypothalamus and brain stem that control the user’s circadian rhythm and sleep patterns.

Users have to use it for 30 minutes before going to sleep. Neurovalens says they’ve gotten quite the impressive results from the initial besta test sessions. In more than 500 such sessions, over 30 days, 95% of the users improved their overall ISI (insomnia severity index) score, while 85% of them claiming that they were more satisfied with their sleep patterns.

Plus, 71.3% of survey respondents with sleep issues reported positive changes in sleep when using Modius SLEEP.

“After gathering feedback from thousands of SLIM device users around the world, what we found was that improved sleep was a welcomed bonus reaction and this became our motivation for making specific changes to our technology to create Modius SLEEP,” said Jason McKeown, CEO and founder of Neurovalens.”Our new headset taps into the power of the brain’s hypothalamus, which acts as a mini computer and influences many areas of the brain, including weight loss and sleep.”

If you want to try out a drug-free solution to your sleep issues, you should know that Modius SLEEP has just started crowdfunding on IndieGogo. The campaign price is $249 but when it will go on retail, the headset will cost $499.

Modius SLIM was sold the same way in 2017; first with backers’ help on IndieGogo where it reaised $2.5M to eventually land in more than 80 countries.