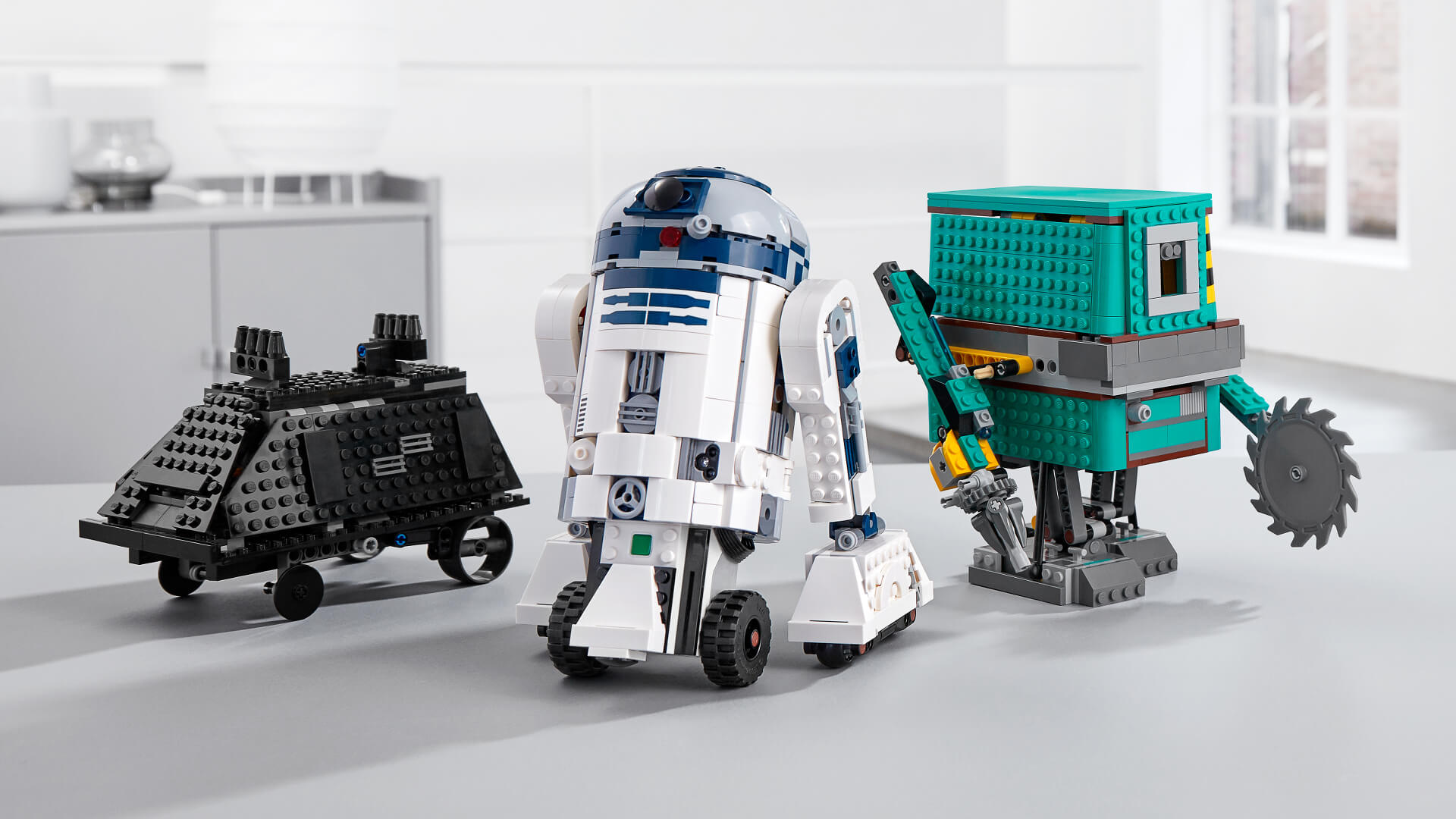 Regardless if you’ve been a Star Wars fan since you were a child or just recently found a passion for the series, you most likely want to own your very own R2-D2 robot, the series’ most prominent and adorable companion (aside from BB8, of course).

You now finally have the chance to bring that wish closer to reality, thanks to Lego’s new addition to its Star Wars collection. In celebration of May the Fourth, Lego introduced three packs of buildable droids that include R2-D2. Alongside him: a Mouse Droid and a a Gonk Droid.

But worry not – it’s not all about just building them and then making sure they don’t catch a lot of dust on some shelf: these droids will allow you to have some fun with coding and robotics because they also also part of Lego’s Boost series.

And, while they’re marketed for children, there’s absolutely no reason why us adults shouldn’t also have some fun with them, especially when it’s all oh, so simple.

The set comes with a color and distance sensor, interactive motor and a Bluetooth Move Hub.

Once you’re done building the droid of your choice, all you have to do is open up the companion mobile app (available for Android, iOS and Amazon Fire tablets, free of charge) that features a Scratch-like interface.

From within it, you’ll be able to make-up routines for the droid by dragging-and-dropping different steps into a continuous sequence and bring it to life as you see more fit.

Of course, the app will walk you through the entire process, until you get more comfortable with it.

“We’ve been fueling the imagination of young Padawans and Jedi Masters for twenty years and wanted to take the Force to a new level. By introducing LEGO BOOST and creative coding into the LEGO Star Wars galaxy, kids now have the chance to develop essential 21st century skills while immersing themselves in the amazing world of Droid Commanders.” Julia Goldin, Chief Marketing Officer for the LEGO group said in a press statement “Our children are the problem solvers of tomorrow and STEM skills will be
essential to help them conquer the challenges of the future.”

This new addition to the series is called the Lego Star Wars Boost Droid Commander set and comes with no less than 1177 pieces inside it.

It will become available as of September 1st alongside Star Wars: The Rise of Skywalker film, with a price tag of $199,99.