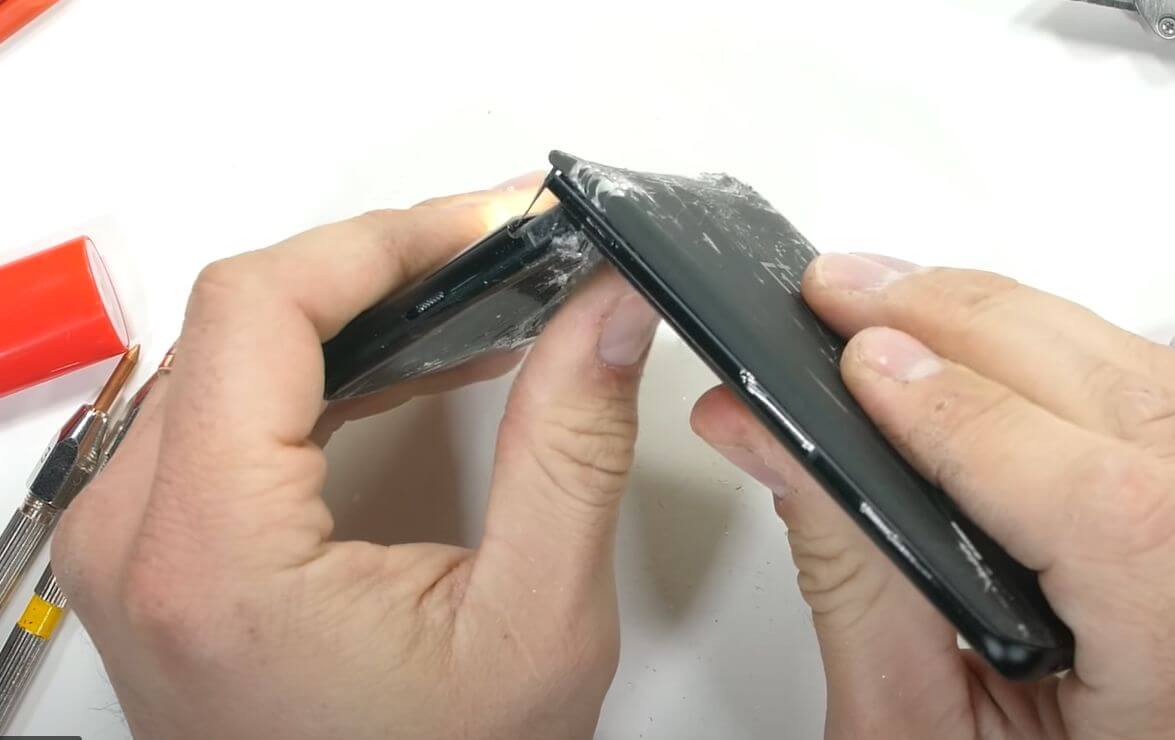 The OnePlus 10 Pro is one of the smartphones that has been well-received by the users and it’s not hard to figure out why, given its top of the range features, such as the Snapdragon 8 Gen 1 chipset.

However, what the device offers in terms of hardware and software, it seems to be lacking as far as its overall construction is concerned. At least according to the JerryRigEverything YouTube channel, known for putting smartphones to the test.

The channel puts the device through the usual durability test routines such as scratch and heat tests and the phone performs well. Until it’s time for the bend test, which involves applying force to the middle of the device while it’s being held in place on both sides.

To everyone’s surprise, at the first sign of pressure, the rear glass panel gives way and cracks start to show beneath the camera housing. Soon enough, with just a little more pressure being added, the structure gives way until it breaks apart completely.

Zack Nelson, the man behind JerryRigEverything, continues his work and takes a look inside the phone, discovering that it gives way just above the battery, whose upper side is aligned with the volume rocker. This part of the smartphone is less resistant as it features a small hole to accommodate the physical keys.

This is a design flaw that most smartphones feature though not all of them have such an almost-instant breaking point.
Some of you might remember a similar issue with the iPhone 6 Plus, which bent quite easily (among other issues), with a number of users reporting screen distortions.

The fact remains that the One Plus 10 Pro has a durability issue – if the users accidentally sit on the phone or forget they placed it in their back pocket, they might end up completely break it.

So, if you do own this smartphone, it might be a good idea to be more careful than normal and maybe invest in a very sturdy case, for that extra bit of protection this device obviously needs.