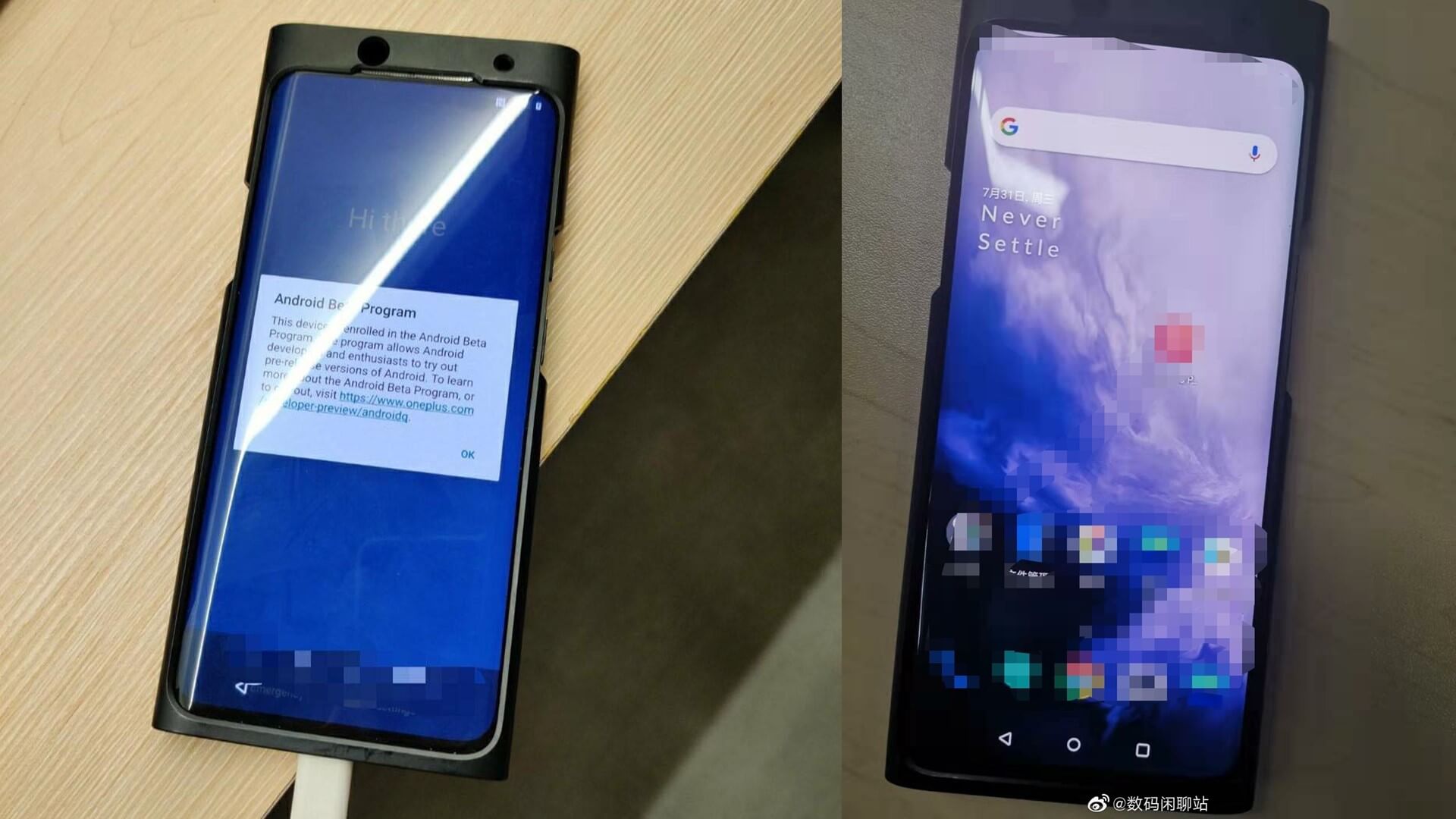 The upcoming OnePlus 7T Pro has allegedly been leaked via two photos that have made an appearance on Weibo. Both devices shown in the images are enclosed in protective cases, which can only tell us so much about their design.

One of the screens is pixelated while the other is running an Android Beta Program so neither of them offer us a lot of information as far as the software goes. 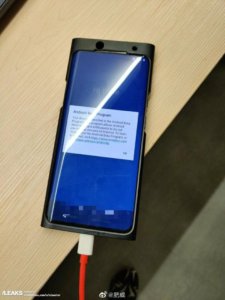 Overall, either of the devices look like they are too different from their predecessor, the OnePlus 7 Pro, though one of the devices seems to feature more prominent speaker grills, upon closer inspection. 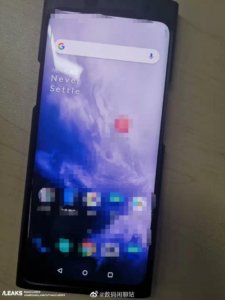 We might see one of these devices, if not both of them, feature a Snapdragon 855 Plus chipset, the latest of Qualcomm’s small tech wonders, as well as wireless charging and a similar pop-up camera to the one that made an appearance on the OnePlus 7 Pro but don’t take our word for it – everything is mere speculation at this point.

However, these are the very first images we’ve seen of the OnePlus 7T Pro to date and the phone is expected to launch sometime before the end of this year. It might be a few more months before we catch a glimpse of it in a press render but we’re bound to see more leaks before that time arrives.

Until then, as always, take these photos with a pinch of salt.