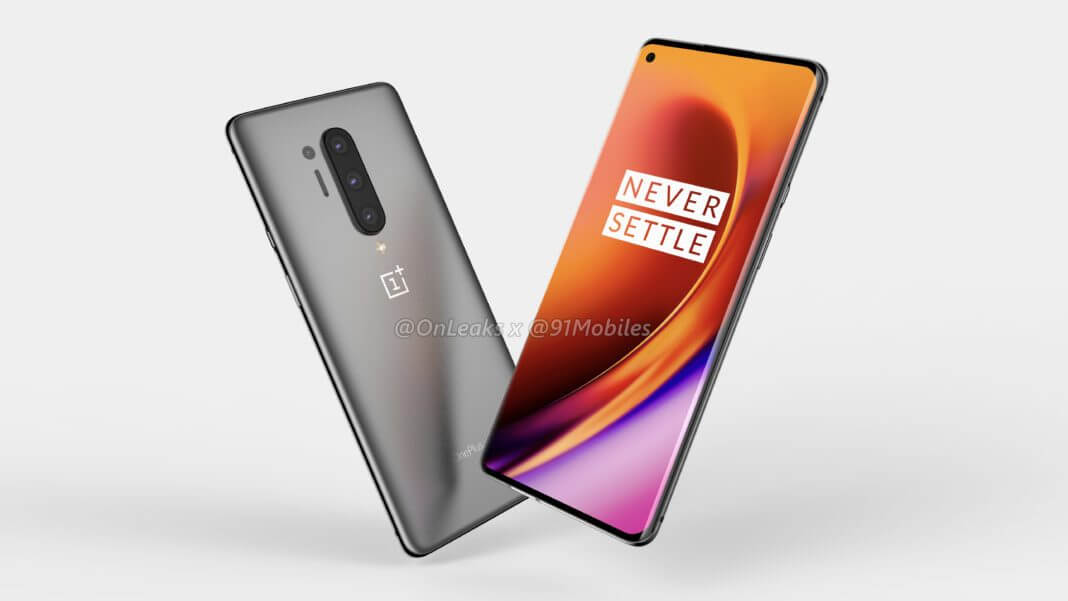 OnePlus launched the OnePlus 7T Pro about a week ago but the internet is not resting: on the contrary, we have new renders of the upcoming OnePlus 8 Pro smartphone coming in, courtesy of 91Mobiles and Onleaks.

Allegedly, the smartphone will either have a pop-up selfie snapper or a punch-hole display on the front while the back of the device will host a quad-camera setup. The OnePlus 8 was the first smartphone from the company to sport four lenses on the back and its Pro sibling will be the second, perhaps beginning a new trend for OnePlus from now on. 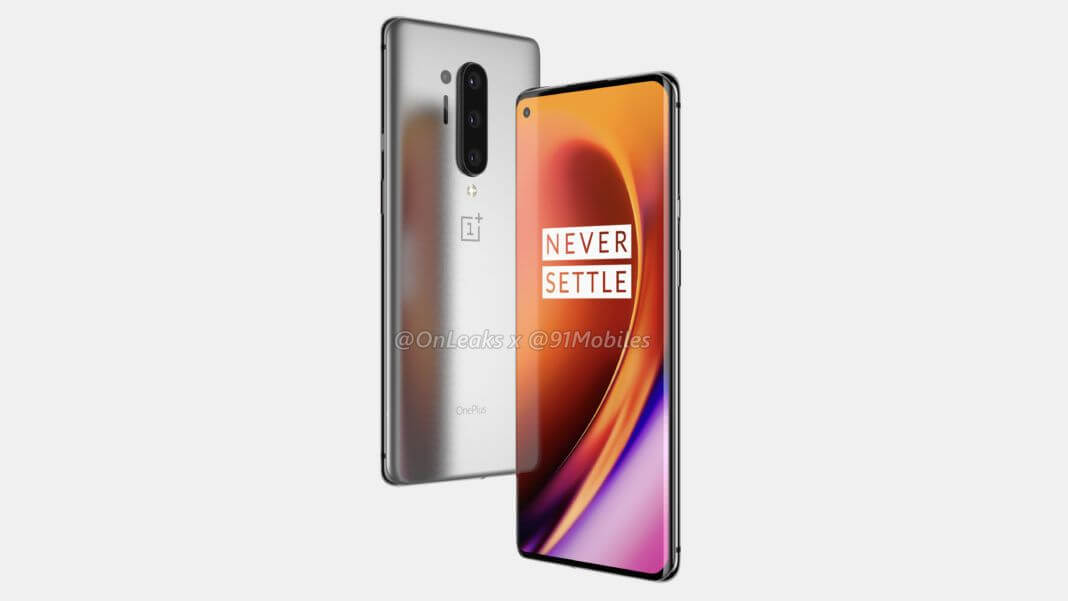 Overall, the renders show a device that is not very different from the OnePlus 8. We can expect it to have a 6.65 inch display, so bigger than the 6.5 inch screen present on the OnePlus 8. Still, this won’t make the Pro the largest the company’s made: that title is still held by the OnePlus 7T Pro.

The company confirmed a 90Hz refresh rate on all the smartphones it plans to manufacture from now on and we can expect a Snapdragon 865 under the hood. 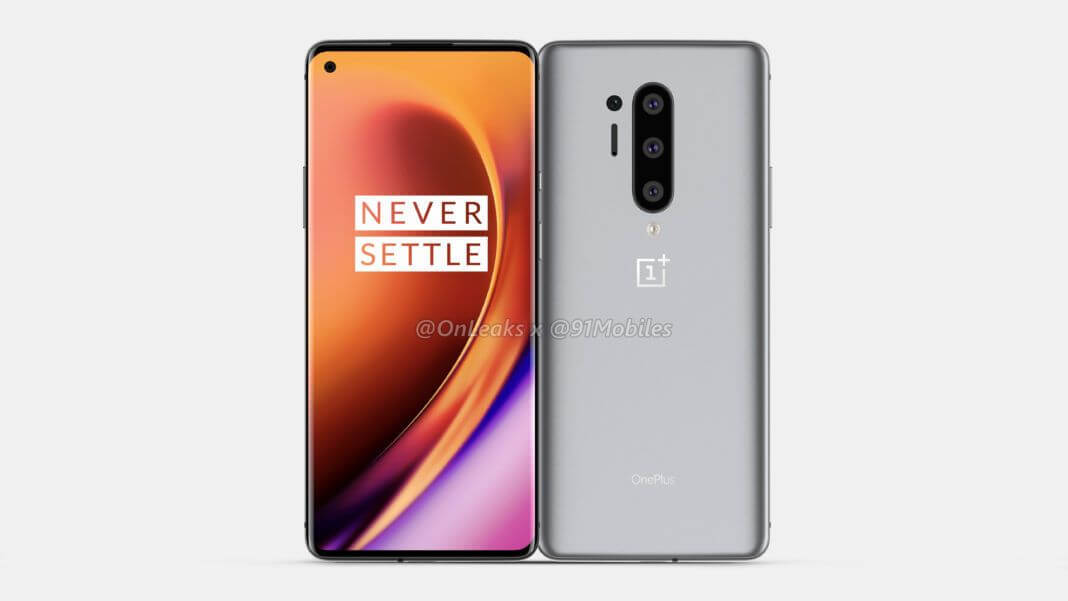 As far as the camera array on the back, the three lenses will be accompanied by a fourth – a 3D depth sensor – and an LED flash module. For now, there’s no information regarding the camera capabilities.

Other features we can spot from the renders include a redesigned speaker grille on the bottom, an USB Type-C in the middle, volume rockers on the left and the power button and alert slider on the right. Software-wise, the phone might feature AR, 3D photography and portrait mode.

So far, this is all the information we have about what might be coming our way but OnePlus will most likely release some official teasers soon enough.