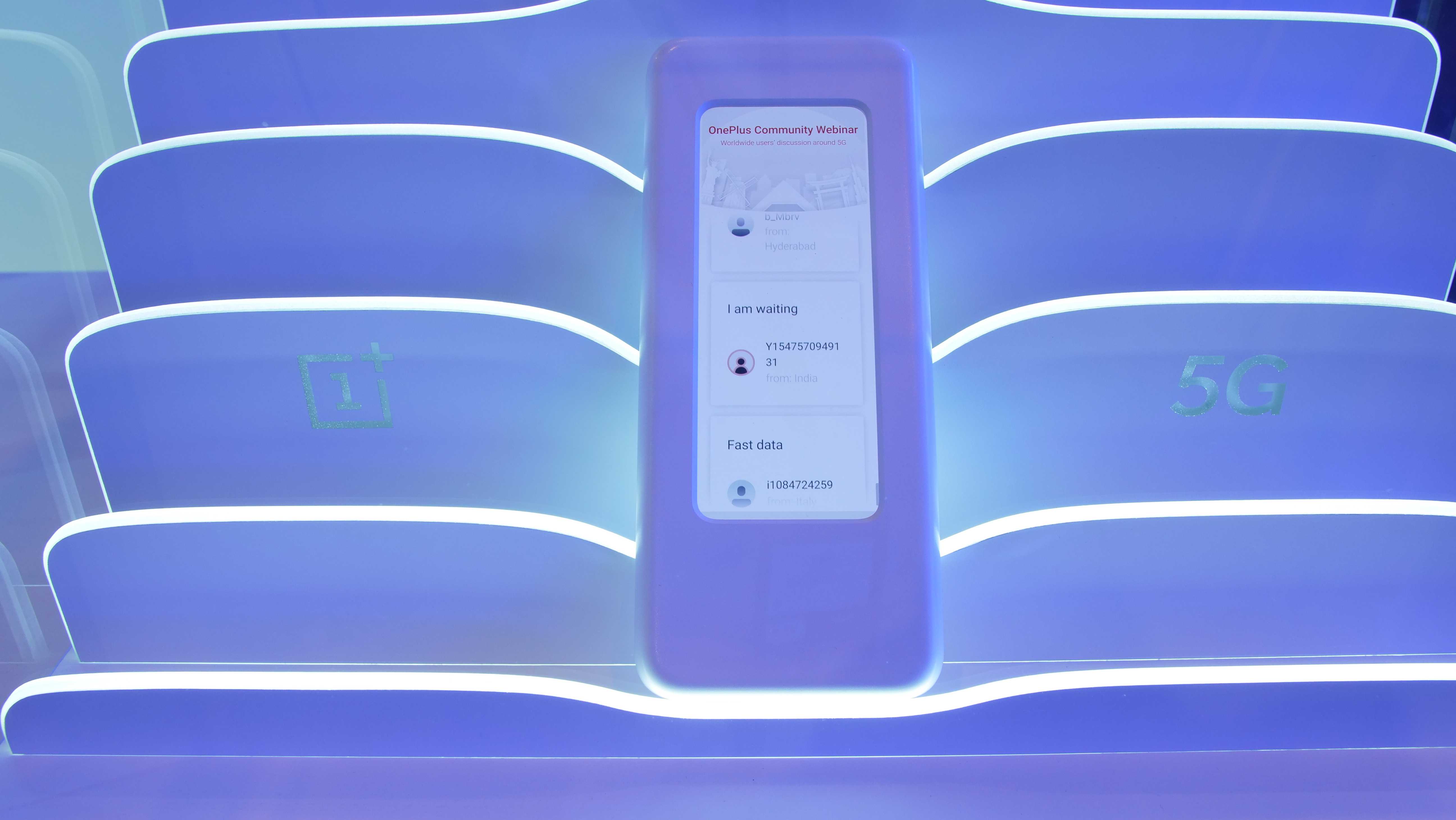 Remember when we said MWC 2019 attendees will have the chance to take OnePlus 5G phone for a spin? Well, they didn’t.

After their conference in Barcelona, OnePlus brought the prototype to the Qualcomm booth. Everyone assumed they would get the chance to touch the phone, or at least grab some product shots (if using it was out of the question).

Yet, we were disappointed. At the booth, the OnePlus device with 5G capabilities was just a display, showcasing 5G speeds. It didn’t have a case, buttons, or anything resembling a phone. You couldn’t touch it, just look at the screen through a glass box.

To say they were the only ones doing so would be misleading. Huawei’s Mate X was also behind glass walls, although they had a peek-a-boo front, probably to take better photos of it. You couldn’t touch it either.

You can imagine our frustration but we have to say that Mobile World Congress is the best opportunity for tech companies to show off their ideas for 2019, whether they are fully implemented or not.

What we can say right now is that if the 5G phone was believed to be the OnePlus 7 with a launch date in late spring or summer, right now it doesn’t seem likely. At this stage, we can only hope for a OnePlus 7T with 5G support at the end of the year.