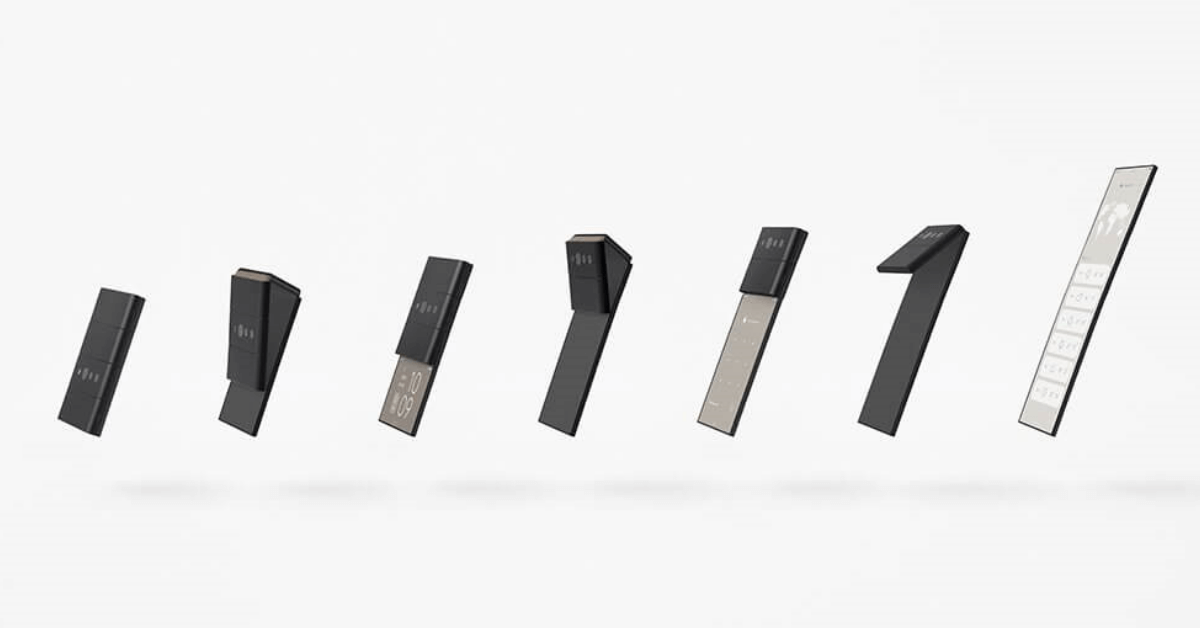 Oppo is the company that in recent times has been most rumored about experimenting with cutting edge technologies in smartphone manufacturing. Just this year, we reported about the companies intentions of using Li-Fi connectivity for its handsets.

After showing off a rollable concept phone, the natural way to go is to announce a ‘slide-phone’ concept, which Oppo has just done. As XDA-Developers reported, Oppo is working closely with Japanese design studio Nendo, to develop a phone with a triple-hinge mechanism.

The company is calling it a “slide-phone”, but you have to keep in mind it’s just a concept for now, and it doesn’t have a working prototype.

The mechanism behind the ”slide-phone” is built around three hinges that allow it to get a triple fold. Sliding up one fold gives you a small screen with simple functions and when you slide the phone up a second time, you have a slightly bigger screen that brings with it more functions.

Oppo also unveiled another concept in partnership with Nendo, called ‘music-link’. This is actually a collection of devices centered around a pair of TWS earphones. Aside from the earphones, it includes a smartwatch, AI speaker, portable charger, and a wireless charger that work seamlessly together.