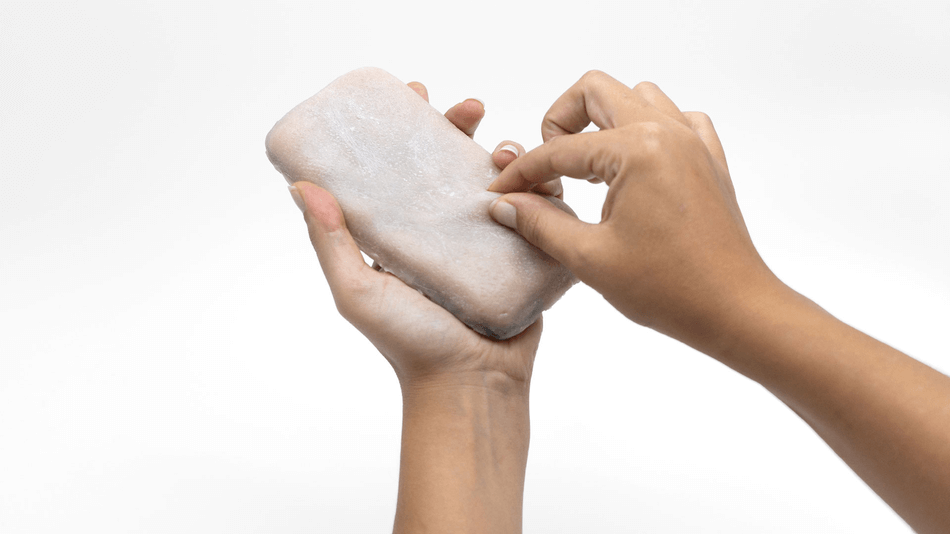 In a world where there is such a thing as an Uncanny Valley, you’d think people would steer away from making tech too human. Alas, it’s exactly the opposite. A team of French researchers created the most bizarre phone case we’ve seen in a while: the Skin-On.

The case looks like a slab of meat from afar and it gets worse up close. Indeed, this team created a phone case that resembles human skin. The idea came in a brainstorming session about human-computer interaction with the goal of finding new ways to treat our devices.

“In this project, I wanted to make available the perfect human interface that is the skin for existing devices.”, said designer Marc Teyssier.

“When we are talking to someone face-to-face, we sometimes use touch to convey affect, emotions and more generally enrich the discourse. Now that mediated communication is performed through the devices, we [have] lost the sense of touch communication modality.”, he explained to Gizmodo.

Therefore, you can stroke, poke and pinch the skin, watching as it responds to your gestures and emotions. Brrr!

It’s almost “alive”, a notion you wouldn’t want to associate with a phone case, which should be as inanimate as other gadget accessories.

The skin was realized from multiple layers able to detect and interpret movement and pressure. As you can imagine, creating an artificial skin case wasn’t piece of cake. The software and hardware necessary to make this case responsive took three months to build, not counting the time spent figuring out a material that would feel like “skin”.

Skin-On comes in two styles – “simple” and “ultrarealistic” and can be used for a laptop touchpad or smartwatch straps as well.

Thankfully, Skin-On is in prototype stage and might never make it to market.

It all depends on the support it gets in the following weeks, starting with the feedback from the ACM Symposium on User Interface Software and Technology in New Orleans that the Skin On team will attend.