Razer Announces Its First Gaming Monitor at CES: the Raptor 27 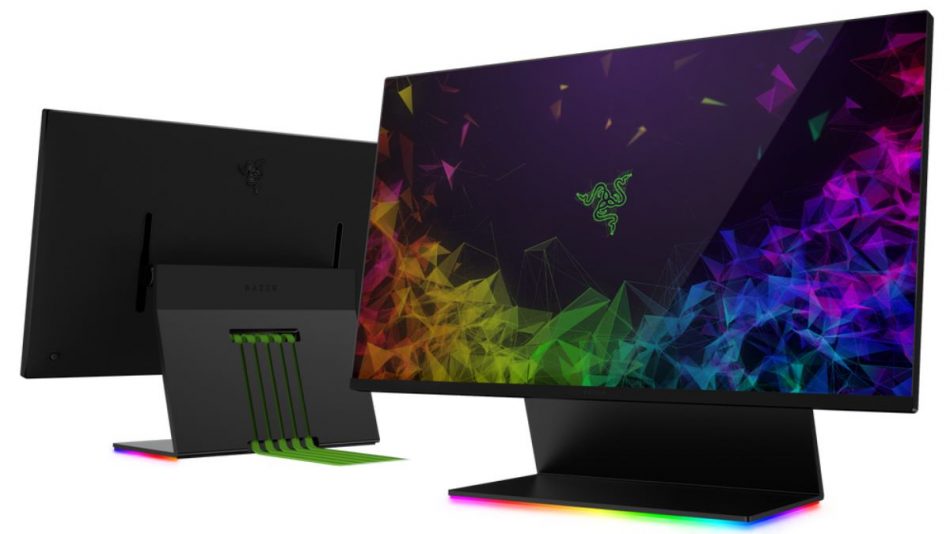 Razer is taking the CES floor this year with the company’s very first gaming monitor, dubbed the Raptor 27.

Razer has both designed and manufactured the 27 inch monitor, which features 2.3mm bezels on its sides. Its stand and the base are made out of aluminium and feature a matte black finish.

The stand can be easily adjusted in both height and tilt, which allows perfect management for the firing ports. It features HDMI, DisplayPort, USB-C and two USB-A ports for all your connectivity needs.

The backplate on the other hand is a blend of fabric material and metal, which gives it a pretty sleek look, if you ask us.

The Raptor 27 has an IPS display with a 2,560 x 1,440 screen resolution, 178 degree viewing angles and a 144Hz refresh rate. That means that you will still get a very smooth gameplay even when breaking over a hundred FPS.

The monitor has support for AMD’s FreeSync but none for Nvidia’s G-Sync and, according to Razer, it covers 95% of DCI-P3 color gamut and maxes out at 420 nits of brightness.

The Raptor 27 showcased at CES is still a production design, so we can expect its specs to change from now to the time it will be released.

Pricing will start at $700 and will most likely start to ship later in the year.