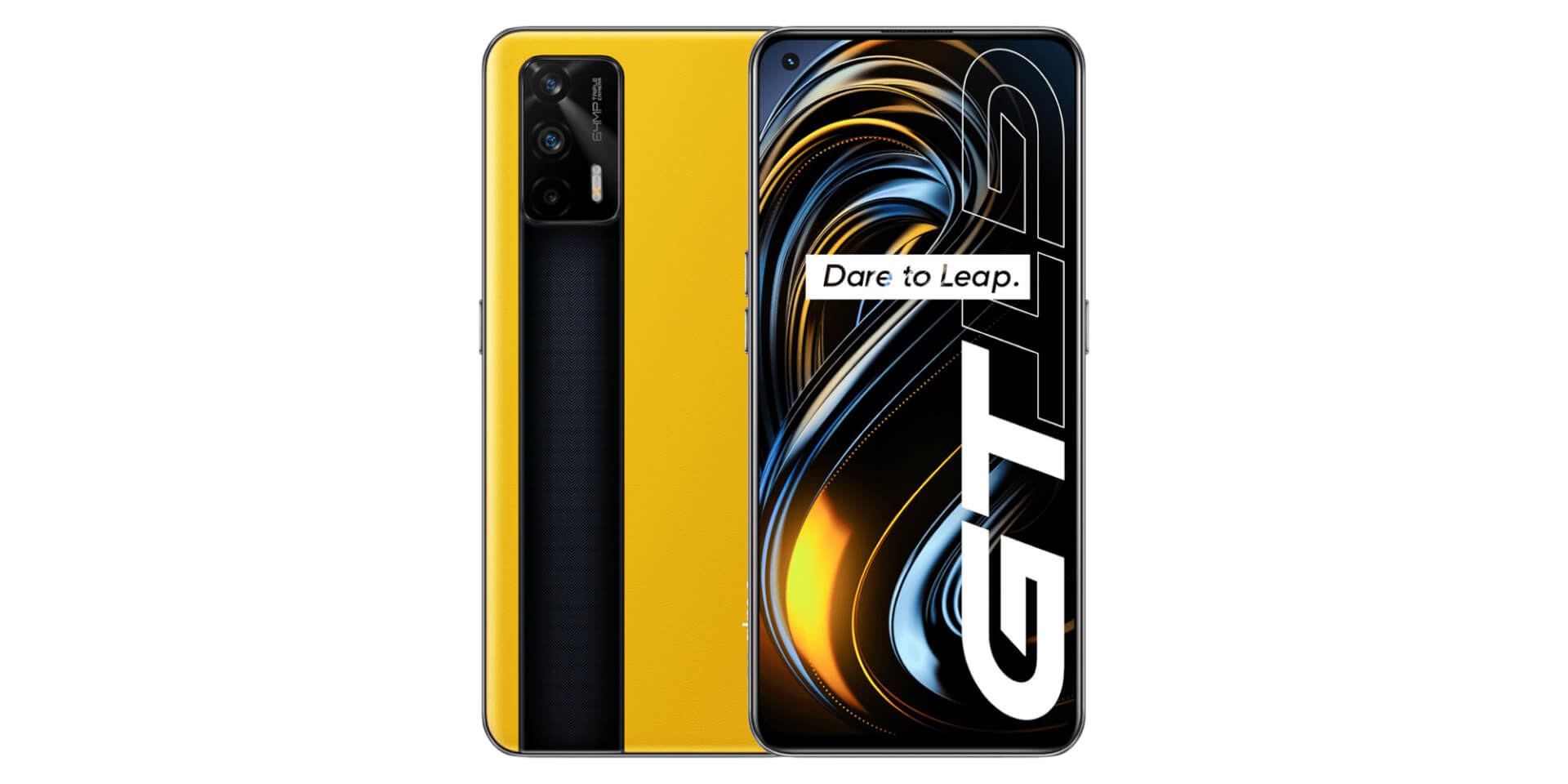 It’s safe to say the Realme’s GT 2 Pro smartphone has joined the millionaires club. In points, that is.

The device has been spotted on the popular mobile benchmark site AnTuTu, where the smartphone’s processor, the Qualcomm Snapdragon 8 Gen1, scored 1,025,215 points. If you remember, the Snapdragon 888 scored an average of 800,000 points.

This result just set the bar now, in terms of performance, for Android devices.

The Snapdragon 8 Gen1 is said to be based on 4nm process technology and, if you want to get more technical, it includes a high-performance Cortex-X2 core (3GHz), three balanced Cortex-A710s (2.5GHz) and four Cortex-A510s (1.79 GHz).

The device on the listing is only identified by the code RMX3300, but it’s widely accepted that the smartphone actually is the GT 2 Pro and this codename has been associated with this model in previous rumors as well. 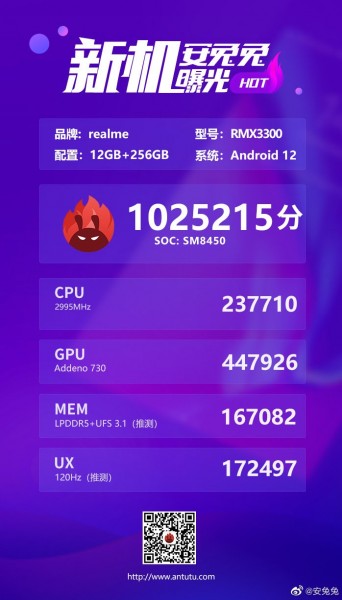 From the listing, we also have some more information regarding the phone’s specifications.

To begin with, it will have a 6.51 inch FHD+ AMOLED display, with most likely a 120Hz refresh rate. As we mentioned above, it will host Qualcomm’s Snapdragon 8 Gen1 chipset under the hood.

The front camera will be a 32MP while on the back we only know that we’ll find a 50MP.

There’s no information about the battery just yet, but the smartphone will have 125W fast-charging support.

As you can tell, there’s pretty big gaps in the technical data sheet, but then again, the phone is a way away from being unveiled. Most rumors stated that we will see this device sometime in the first quarter of 2022.

The Snapdragon 8 Gen1 processor however, will most likely be unveiled during the Qualcomm Tech Summit, set to take place between November 30th and December 2nd.

In terms of pricing, the Realme GT 2 Pro will cost roughly around $625. For now, there’s no information regarding availability.