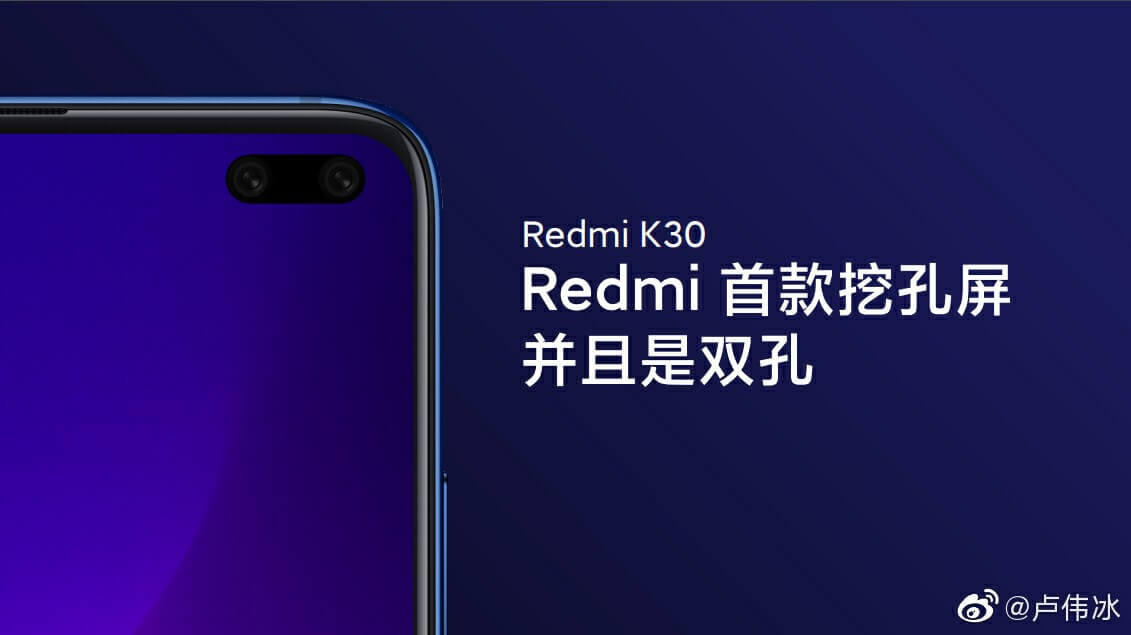 The Redmi K30 has been officially teased by the company in a move that is new to them: usually, Redmi only confirms that a phone is coming but for the first time, it has now decided to also allow the prospective users a glimpse of what’s coming as well.

The Redmi K20 and the K20 Pro have generally been well-received by the public and now the smartphones have a successor. Redmi General Manager Lu Weibing has taken to Weibo to share a teaser render of the device.

It seems like Redmi is saying goodbye to the pop-up cameras, at least for the time being, as the teaser shows a K30 series smartphone with two punch-hole displays

Weibing also added that the phone will feature 5G capabilities, which we knew since August but now an added detail to this tidbit is that the handsets will also have support for standalone (SA) and non-standalone (NSA) 5G. 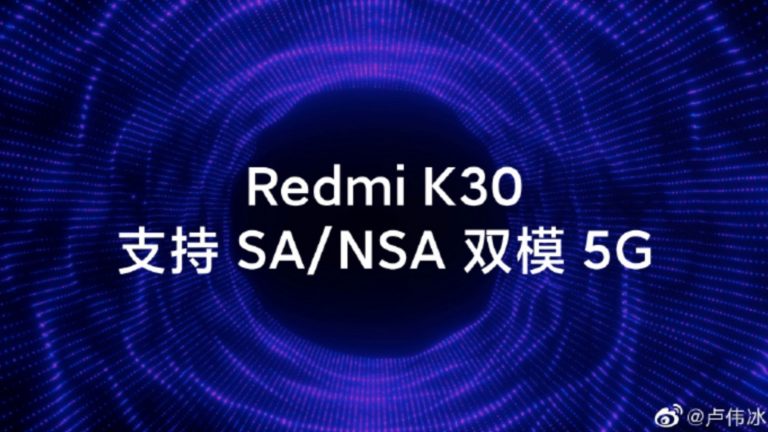 Non-standalone 5G uses existing 4G LTE radio and backend technologies and combines them with the new technologies of 5G in order to improve the connection. Standalone on the other hand had full user and control plane capability via next-gen core network architecture. That means that it will reconfigure infrastructure for cloud data and how that data is sent over a network.

Weibing also mentioned that the K30 will not have the most affordable of price tags, at least as far as 5G smartphones go but it will not stray too far away from the Redmi promise of delivering solid yet affordable smartphones.