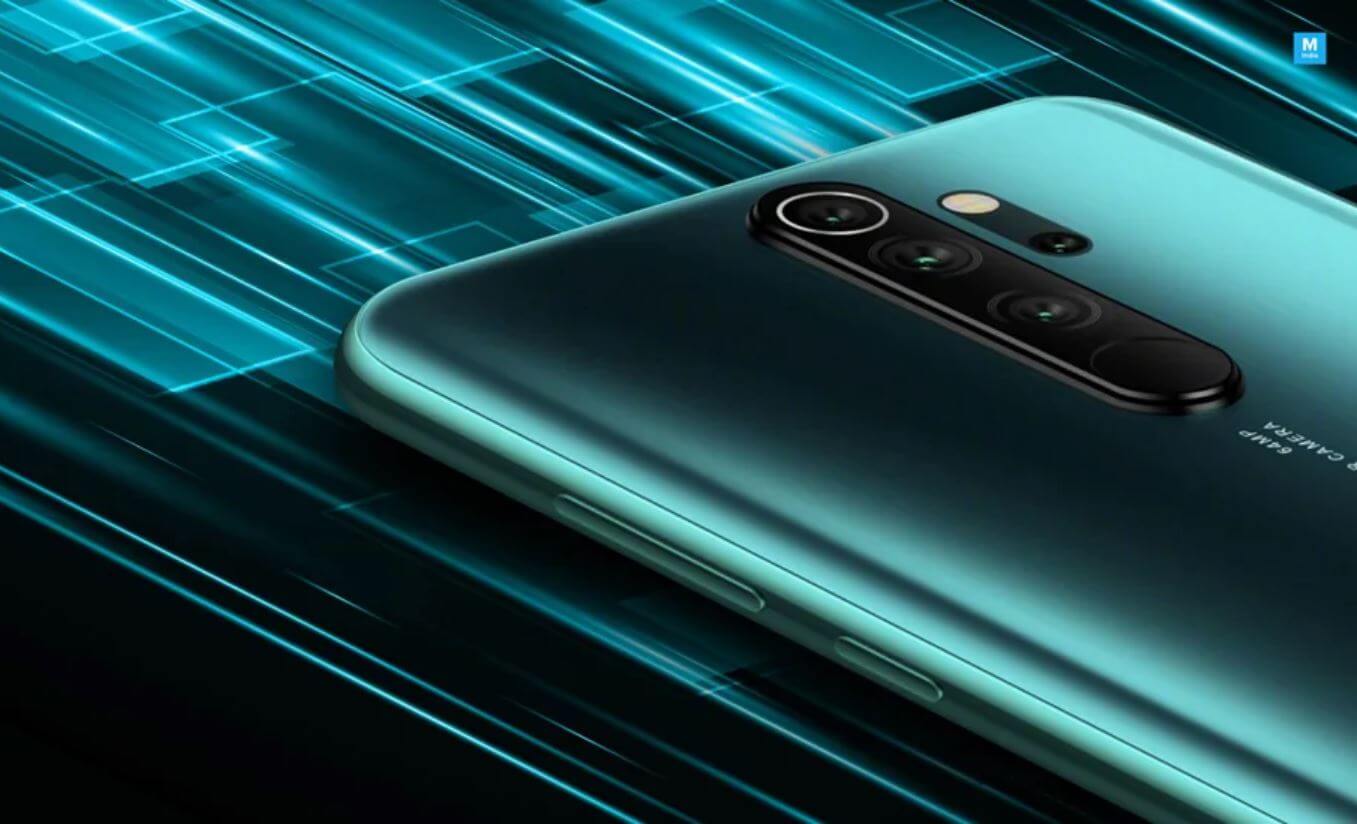 Redmi has been teasing it’s upcoming Note 8 Pro handset on Weibo recently and, judging by the images posted, the smartphone might come with 25x zoom support.

In one of the images the company posted, they show a parrot and claim that a zoomed in image of its feathers has been produced by the upcoming zoom technology that can deliver ‘hair level’ clarity even after the image has been zommed 25 times. 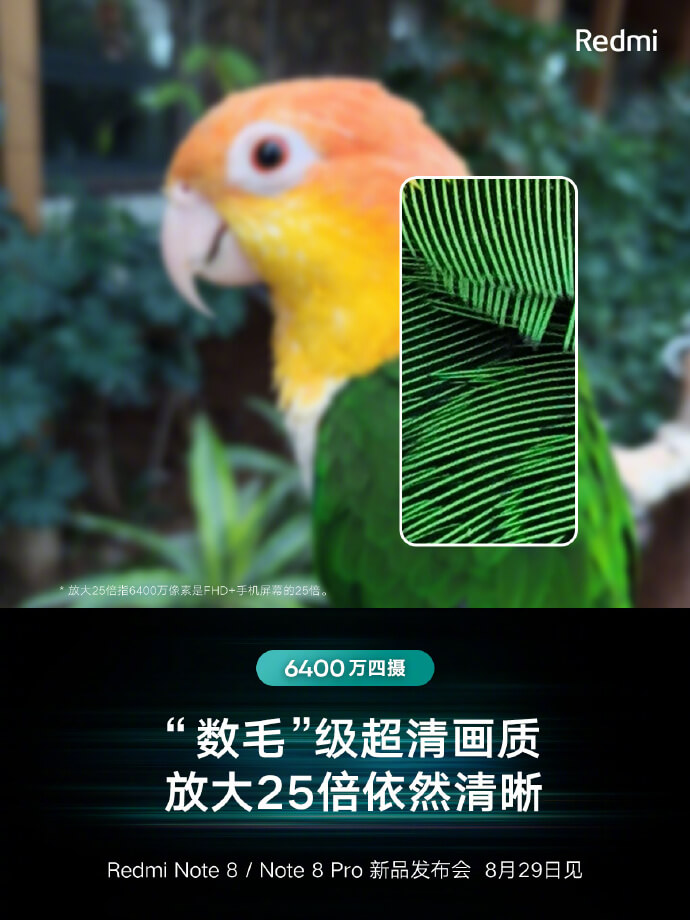 The phone will offer the users an “ultra-clear image quality, which is a well-defined and meticulously detailed”, while another teaser states that the 64MP camera will take images at a 9248 x 6936 pixel resolution, which means 25x resolution in full HD. To say that would be impressive, would be an understatement: it would make it 7.7x higher than 4K and 2x higher than the 8K resolutions. 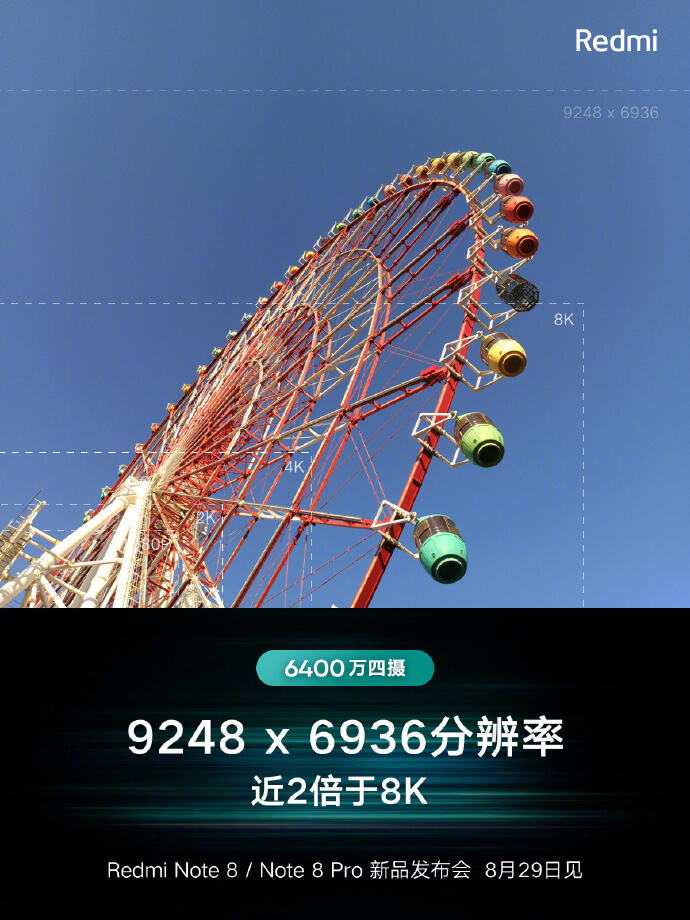 If all of these things are true, Redmi’s handset will surpass the upcoming Reno 2, which we know comes with 20x zoom capabilities, alongside a quad camera setup.

The Redmi Note 8 Pro will have a Helio G90T processor under the hood and some leaked images suggest the phone will have a triple camera setup on the back, alongside a fingerprint sensor.

We don’t know what’s going to happen to the vanilla variant of the smartphone but it will most likely feature a 48MP sensor instead of a 64MP. We’ll find out more in a while as the phone is slated to be officially announced a week from now. Even so, a leak or two might still make an appearance in the meantime and if it does, we’ll tell you all about it.