Robot Clones of Real People Are Now for Sale 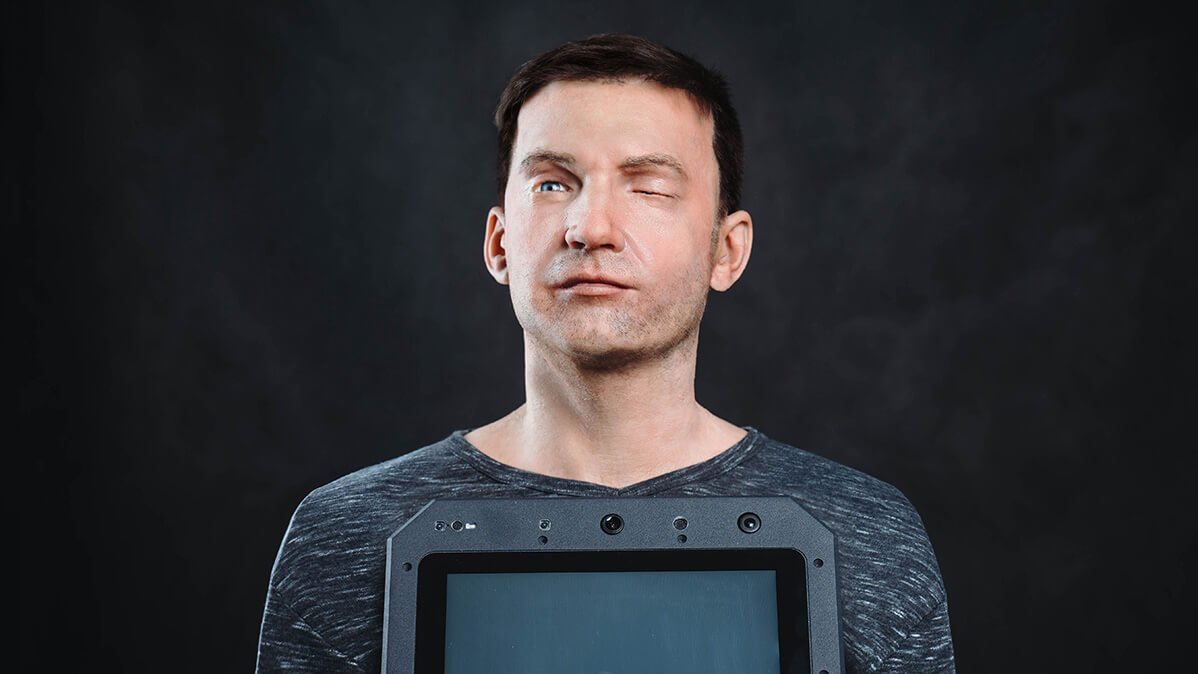 No need to panic. No, none at all.

It’s just that Promobot took their skills to the next level. They’re not just making Robocop a thing, but giving people the chance to get a robot with the appearance of anyone they want in the world. A robot clone, in other words.

Remember the robotic news anchor from Promobot? That was one of the first times we saw something from Promobot that resembled a human, the company being more well-known for their service robots.

Now, they’re ready to make humanoid robots on demand. “Everyone will now be able to order a robot with any appearance — for professional or personal use,” said Aleksei Iuzhakov, Chairman of Promobot’s Board of Directors in a press release.

Of course, they are imagining the commercial benefits of such robots – in marketing or cultural settings. But that doesn’t mean they will refuse to make an autonomous robot for an individual, not an organization.

Two of four robot clones already ordered, according to CNBC, were requested by a Middle Eastern family to remember their parents by. Their role will be to “greet guests”, as weird as that sounds.

The robot clones don’t have a body, just a head and torso. They are modeled on the company’s  Robo-C model. The robot’s neck and torso have three degrees of movement while the face has 18 moving parts.

This architecture means that the robot can produce about 600 micro-expressions. If that was impressive, consider this: Promobot’s AI boasts 100,000 speech modules.

You’ll still feel the “uncanny valley” effect in their presence, but they’re likely to surpass all of your expectations.

Even if you don’t order one, you might encounter a robot clone on your travels. The other clones Promobot is working on are a government employee that will have to scan passports, among other things, and an Albert Einstein clone for an exhibition.