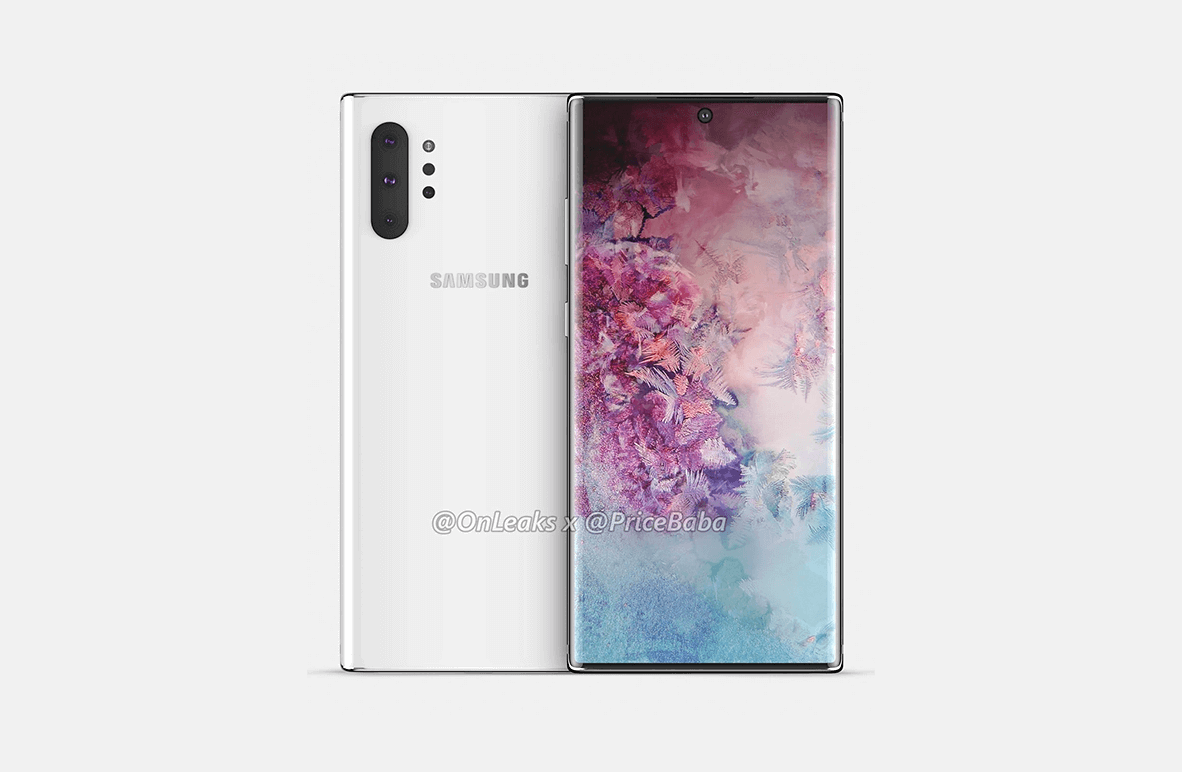 These leaks come from the popular leakster OnLeaks and based on the previous rumors he spread around, they could definitely show the final look of the phablet to come.

From the images, we can tell that the Galaxy Note10 looks quite different from the Galaxy Note9, its predecessor. For starters, this smartphone comes with a punch hole display surrounded by bezels which are noticeably slimmer than those we’ve seen on Note9.

The Note 10’s screen will measure 6.3-inch diagonally and is likely to have a QHD+ resolution. It will also have a fingerprint scanner embedded. On the back, the phone has a triple camera setup which is placed in a vertical orientation in the left corner. Samsung has ditched the dedicated Bixby button and has moved the power button to the left side below the volume rocker.

Apparently, the Galaxy Note10 features a SIM card slot that comes with an IR Blaster. At the bottom, users can find the USB-C port, next to the primary microphone, speaker, and the S-Pen slot.

Another thing we can draw from these rumors is the fact that Samsung is ditching the 3.5 mm headphone jack.

As far as performance goes, the handset passed through the Geekbench showing off an Exynos 9825 SoC along with 8GB RAM with a different version of the phone with Snapdragon 855 and 12Gb of RAM.

Most likely, the company will unveil the Galaxy Note 10 in August.