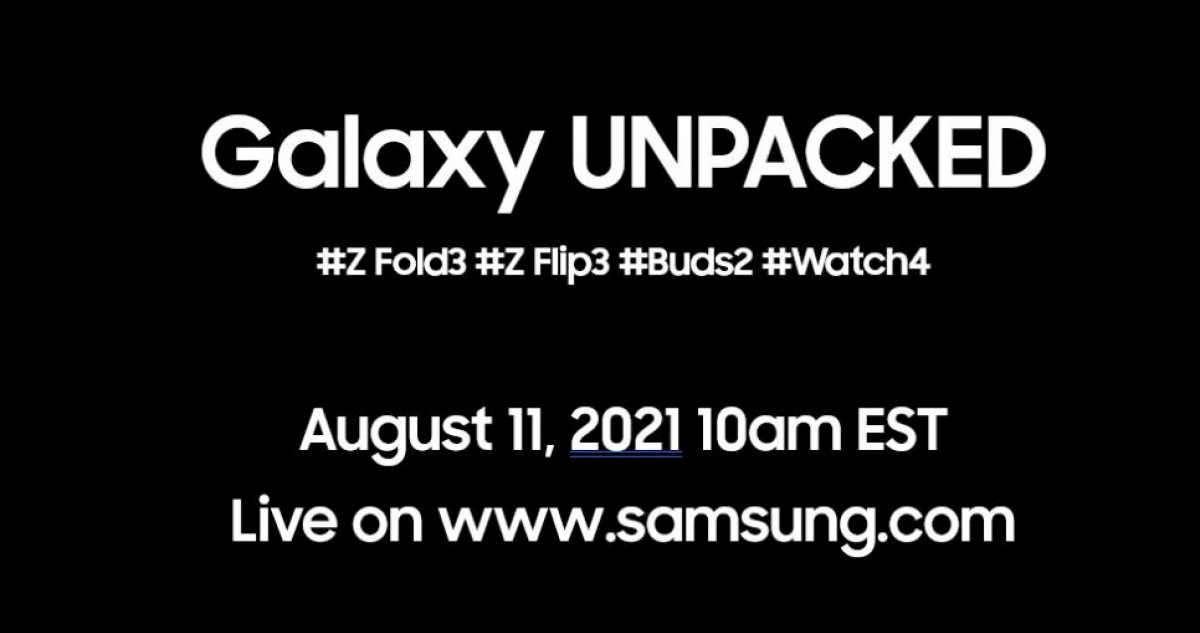 Samsung’s appearance at the MWC this year focused mostly on software, but then again no one was expecting the company to make any grand reveals during the event.
However, we finally have some news: Samsung’s Galaxy Unpacked event will be taking place on August 11. This is well in line with all the leaks and rumors that have been floating around lately, though most of them pointed towards the first week of August. 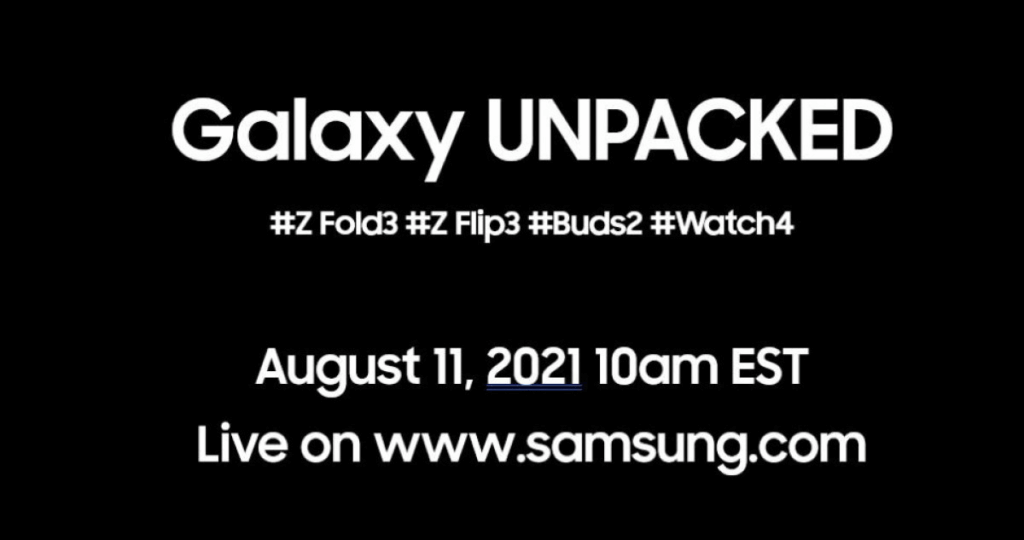 The official poster for the event comes with four hashtags that indicate what we have to look forward to: the Z Fold3 and Z Flip3, of course, as well as the Buds2 and Watch4. Needless to say, we won’t be bored during Unpacked – these are some of the most anticipated devices of the year.
So, let’s summarize, in short, what Samsung has in store for us:

The device will follow the flip style of the phones we saw in the mid-90’s and early 2000’s and will have a 6.7 inch internal display with a 120Hz refresh rate, while the external display will have 1.9 inches.
It will have 8GB of RAM and 256GB worth of internal storage, with a Qualcomm Snapdragon 888 under the hood.
In addition to that, it will also come with 5G connectivity, dual rear cameras and one front camera situated below the display. For the moment, we don’t have any other information about the cameras.

It will also feature a Qualcomm Snapdragon 888 chipset and will come in 12 or 16GB RAM options with 256 or 512GB internal storage.
Other features will include 5G mmWave and sub-6GHz, WiFi 6, Bluetooth, NFC and UWB. It will have a 4,400mAh battery with 25W fast charging and 9W Qi wireless.

The phone will have S Pen support, though we don’t know yet if the Pen will be sold alongside the device or if the users will have to purchase it separately, along with a case. Allegedly, the smartphone will be cheaper than its predecessor, which is quite exciting.

The earbuds are expected to come with improved sound quality though they will not have ANC, just active noise reduction.

Each earphone will benefit from a 6omAh battery while the case itself will have 500mAh. They will come in color variants of Black, White, Violet and Green.

The Galaxy Watch4 will have 40mm and 44mm options, a Super AMOLED display and will sport a 5nm processor under the hood.
In terms of color options, we’ll have the choice between Black, Silver, Green and Gold.

The Galaxy Watch4 Classic on the other hand, will come in 42mm and 46mm options, a Super AMOLED display with Gorilla Glass DX or DX+, a 5nm processor, 5ATM water resistant and it will be MIL-STD-810G certified.
Unlike the vanilla Watch4, it will only come in Black and Silver color variants.
Samsung is moving away from Tizen and on to Wear OS, with its new One Ui Watch interface pasted on top, so that will be pretty interesting to see.

This is all we’re expecting, in a nutshell, according to the many leaks and rumors that have been floating around lately. More will definitely be coming through throughout July and as soon as we find out anything new, we’ll let you know.