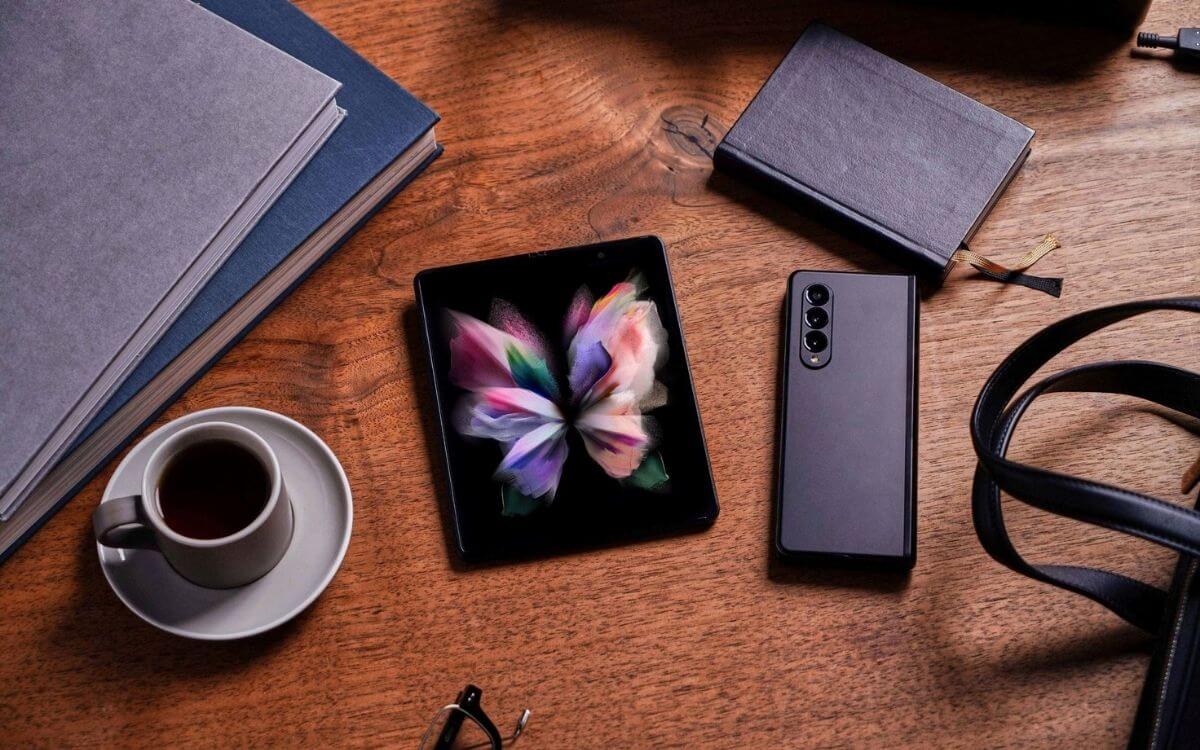 Samsung has developed a new foldable device design that combines the properties of a smartphone and laptop. Well, at least in theory.
The World Intellectual Property Organization (WIPO) has issued a company patent that describes the design and construction of a new device that blends the foldable smartphone and the laptop into a whole new tech creature.

The patent carries the title “Electronic Device Capable Of Folding and Sliding Operations”.

These patents are not few nor far in between – there’s a handful of them that get filed every few weeks, but, as most don’t come to fruition, they usually go unnoticed. However, this one is just too good/interesting/strange not to be worth at least a mention.

According to the patent images, the smartphone display can slide out of the case, increasing in size. When not needed, all the user has to do is allow it to retreat back to where it was previously rolled up inside the body of the smartphone.

At the same time, its outer segment can be folded and fixed at different angles, like a laptop display. This design is based on a special hinge with a multitude of parts, which will be able to expand on the functionality of the device.

The leaked images would suggest that the smartphone can be used as a sort of mini laptop. The part of the screen that pops out and folds could represent the field of view, while the flat part could show a virtual keyboard.

The patent explains that the smartphone uses a system of hinges and motors to be able to carry out all of its flexing, rolling and bending, but mostly limits itself to just this information. 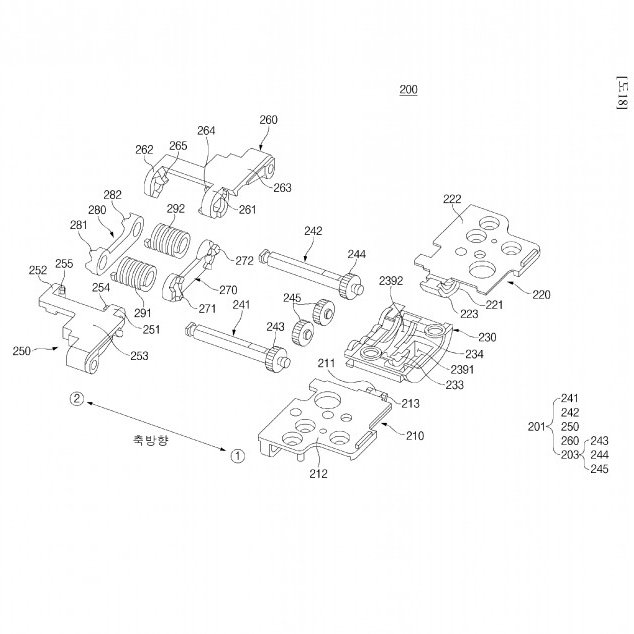 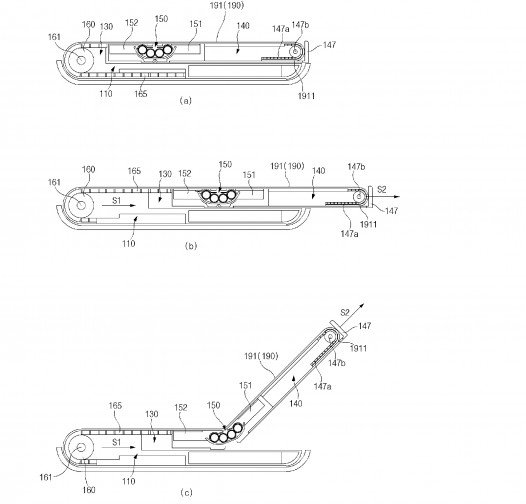 Unfortunately, the published documentation does not reveal any details about the smartphone’s hardware. It is not yet known whether Samsung will implement this particular design for its future series, or will partially use it in further developments. After all, we all know by now that patents are sometimes just that – patents, proof of concept, proof that it could be done for the sake of proving it can.

Judging by the images in the patent, this sort of device would be pretty bulky and feature a good number of moving and sliding parts, which might mean it wouldn’t’ be the most durable and solid device out there. But again, who knows?

If Samsung does decide to turn this patent into a functional device, it will be interesting to see how they work it all out.
What do you think of the overall design? Any thoughts?