Scientists Employ VR and Microscopy To Prevent and Treat Illnesses 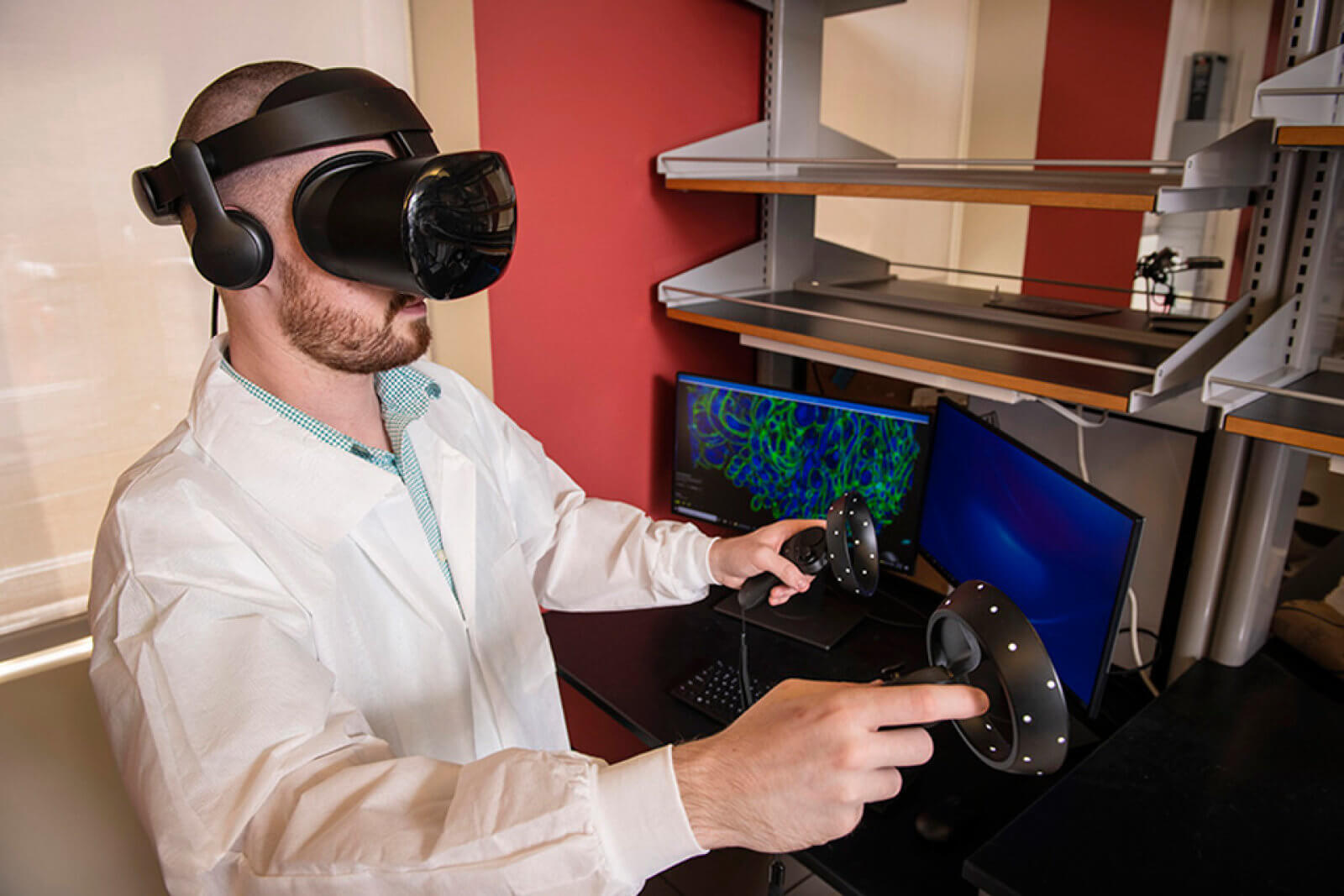 A research team comprised of researchers from the Carnegie Mellon University and the Benaroya Research Institute has found a new way to use technology for medical research, by combining VR with an innovative nanoscale imaging technique called expansion microscopy.

This mix of technologies will allow them to ‘enlarge, explore and analyze cell structures’ way beyond what light microscopy was capable of until now. This new technology would let the researchers to explore the imaged cells in ways that wouldn’t have been possible before or would have been too complex to deal with.

Expansion microscopy has been developed by Assistant Professor of Biological Sciences at the Carnegie Mellon’s Mellon College of Science, Yongxin Zhao. He has physically managed to magnify a biopsy, which in turn, allowed the researchers to get up close and personal with the biological samples via standard microscopes.

First, Zhao made the biopsy sample grow in size by transforming it into water-soluble hydrogels. Then, a treatment was applied that loosened and expanded the tissue up to 100 times in volume.

The technology is capable of extracting 2-3 order of magnitudes more than the current techniques are able to interpret and that’s where VR came into play – by using it, the researchers were able to see the images in 3D, with a 360-degree view of the tissue and the interactions between the protein organizations.

“This is the future of how scientists can handle complex data,” Zhao said. “It’s an immersive experience, just like you are sitting inside your data. You have the freedom to explore your data from every angle and every spot.”

“My role in this grant is to develop a software tool that will allow scientists studying disease a way to understand large amounts of data through a computational technique called ‘immersive science,‘” said Skillman “Bringing all that data into VR not only allows the scientist to see their 2D microscope images in full 3D, but to interact with the data, selecting channels, adjusting the views, colors and contrast, and grabbing and rotating the images to quickly identify key aspects of the image that are coupled back to the disease under study.”

Skillman hopes that ExMicroVR, which can let up to six people view and collaborate on the same sample, remotely, at the same time, will be shared on open platforms with other researchers, hand in hand with expansion microscopy.

The system that will convert the expansion microscopy data into VR 3D images is something Skillman and the researchers aim to make easy to access and affordable even to physicians in developing countries.